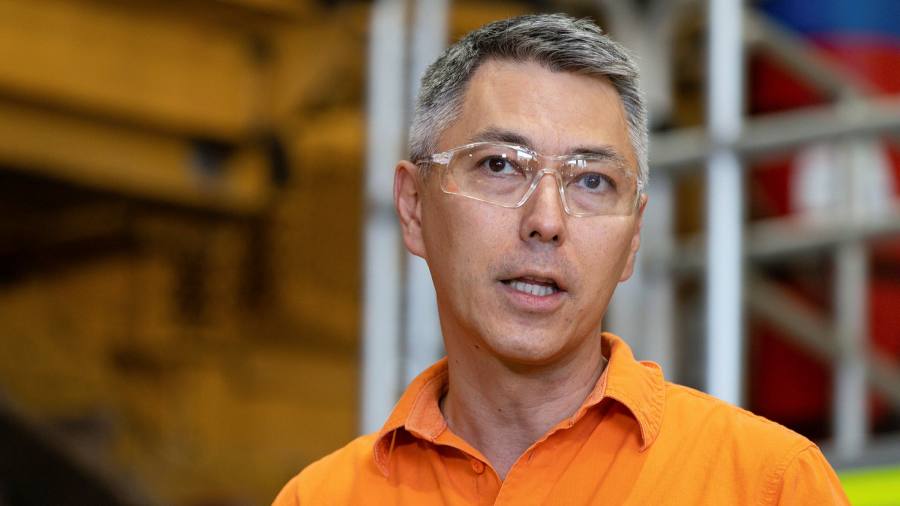 The payout announced with interim results on Tuesday capped a busy six months for the company, which has scrapped its dual corporate structure for a single listing in Sydney. It also announced plans to combine its petroleum business with Australia’s Woodside Energy to create one of the largest oil producers in the world.

Once that deal is complete, analysts expect BHP’s strategy to shift toward growth and the miner to increase its exposure to metals needed for the transition to a low-carbon economy, such as nickel and copper, and potash, a crucial ingredient used in fertilizers.

BHP, which is led by chief executive Mike Henry, makes most of its profits from producing steelmaking ingredient iron ore from mines in the Pilbara region of Western Australia.

Henry, who wants half of BHP’s revenues to come from these “future facing commodities” by 2030, said on Tuesday there were a number of levers the company could pull to deliver growth and boost returns to shareholders. These include improving its day-to-day performance and exploiting its huge reserves of metals and minerals.

“We then have the lever of exploration and early-stage entry,” said Henry, pointing to a recent BHP deal to invest in and support the development of a nickel project in Tanzania. “We then have M&A. . . but we are only going to pursue the right opportunities at the right time and at the right price, ”he said.

Henry spoke after BHP announced underlying attributable profit of $ 9.7bn in the six months to December, up 57 per cent on the same period in 2021, on revenue from continuing operations of $ 30.5bn. The result was ahead of market forecasts and reflected rising prices for its key commodities as demand has outstripped supply as lockdown restrictions have eased.

The company said it would pay a record interim dividend of $ 1.50 per share and reported net debt of $ 6.1bn at the end of December, down from $ 11.8bn a year earlier.

The company announced a new target range of $ 5bn to $ 15bn for net debt, which it said would enable BHP to maintain a resilient balance sheet in the face of market volatility and give it flexibility to return cash to shareholders. Over the past 18 months BHP has paid out a total of $ 22bn to investors including the latest dividend.

“Management has managed to not only drive a successful unification but also post a very strong half-year financially, leaving the group with a blank canvas for future M&A or cash returns,” said Tyler Broda, analyst at RBC Capital Markets.

Christopher LaFemina, analyst at Jefferies, said exploration and early-stage investments would not move the needle for a company the size of BHP and therefore it needed to “go big” with M&A and move soon.

“We believe that the longer it waits, the higher the price it will need to pay. The potential targets have likely been identified by the company. The talk of M&A is not just idle chatter. ”

BHP is the first of the major miners to report results and analysts expect inflation and cost pressures to be a significant feature of the reporting season. Miners are exposed to rising fuel prices, labor costs and higher freight rates.

Henry said he thought the global economy would feel inflationary pressures for the rest of the decade even as supply chain bottlenecks caused by the coronavirus pandemic eased. “On inflation, do we expect there to be a degree of permanence to this? Certainly yes, ”he said. 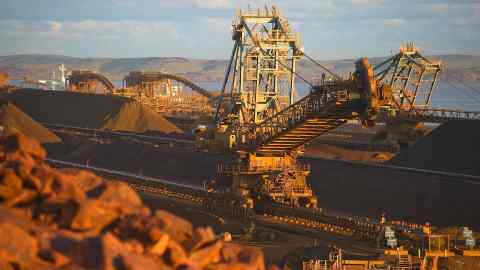 While “demand-led” inflation would boost commodity prices, the challenge for BHP was to do a better job than its rivals to keep down costs. “If we’re able to better manage costs than the rest of the industry that implies real expanding the margins for us,” he said

Workplace culture is another topic that is top of investors’ minds following the publication of a report this month by Rio Tinto that revealed “systemic” bullying and high levels of racism across its global operations.

BHP has also had issues. Last year, the company said it had fired 48 workers for sexual attacks and harassment since 2019 in a submission to a parliamentary inquiry into sexual assault in Western Australia’s remote mining communities.

“BHP has recognized these sorts of issues. . . and we have been taking action for a number of years. [There is] still further to go, no doubt, ”said Henry.