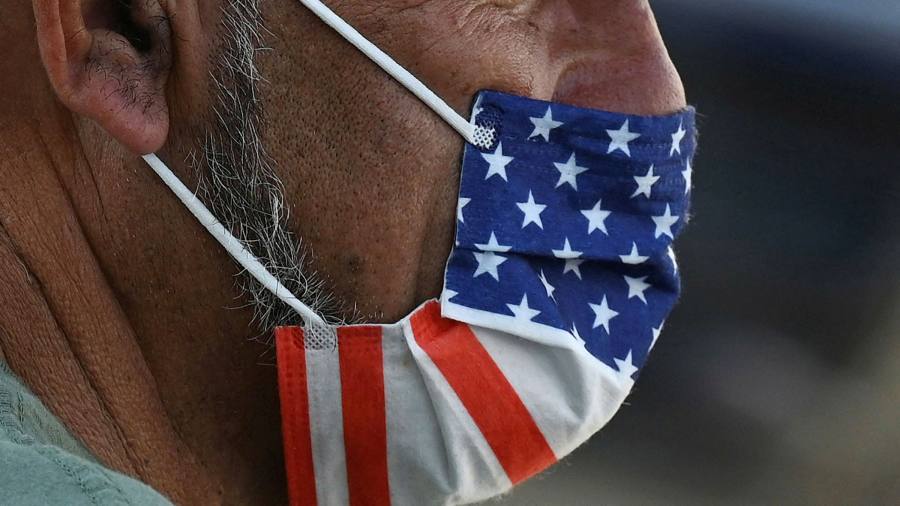 The US administration is reviewing all of its Covid-19 health guidance as it prepares to publish what officials say will be a comprehensive plan for the end of the “full-blown” pandemic.

The Centers for Disease Control and Prevention is in the process of rewriting everything from masking guidance to testing requirements as part of a plan to be rolled out in the next month or two, officials told the Financial Times.

The exercise reflects the view within the White House that the waning of the Omicron coronavirus variant is likely to mark the end of the most dangerous phase of the pandemic.

It comes as polls show the American public growing increasingly weary of ongoing restrictions, threatening to undermine the Democrats’ chances in midterm elections later this year.

One senior administration official told the Financial Times: “The position we are in right now is promising and exciting. Some of the infection and hospitalization data we have seen from states which got hit early by Omicron are very encouraging.

“Over the next month or two we will finalize our plan for what the next phase of the pandemic looks like, and as part of that every bit of health advice is being reviewed.”

This week, Rochelle Walensky, the director of the CDC, signaled a big rethink was under way.

She told a press conference on Wednesday: “Cases and hospitalizations are falling. . . That leads us to have our look at all of our guidance based on the latest data and the science and what we know about the virus. ”

The country’s infection rate rose rapidly earlier this winter but is now dropping just as fast. In New York, the average number of daily cases has fallen from about 85,000 a month ago to just over 6,000 now, according to the latest data compiled by the FT.

The data has emboldened the White House to begin planning for the end of the pandemic. Earlier this week, Anthony Fauci, the chief medical adviser to President Joe Biden, told the FT the country was exiting the “full-blown pandemic” phase and heading for something closer to “equilibrium”.

Democratic state governors have already begun rolling back mitigation measures. This week officials in California, New Jersey, Connecticut, Delaware, Oregon and New York State announced they had scrapped mask mandates or would do so soon.

White House officials have been seeking the views of independent medical experts over the past few weeks on what kind of protocols need to remain in place. Jeff Zients, the president’s coronavirus co-ordinator, is leading the process, according to those involved.

The White House is still more cautious than many state governors, however, not least because the CDC was criticized last year when it revoked its mask guidance for vaccinated people, only to reimpose it weeks later as the Delta variant took hold.

Those briefed on the discussions believe the CDC is likely to remove its guidance that everyone wears a mask in indoor public spaces and replace it with something more tailored to individual circumstances.

Richard Besser, chief executive of the Robert Wood Johnson Foundation and a former acting director of the CDC, is one of those who has been in regular contact with the White House.

He told the FT: “[The] CDC will need to come in and say things like individuals at high risk of severe disease should still wear high-quality medical masks, as well as people who have just recovered from the virus.

“But the key this time is they need to stress that this is ‘for now’, which they did not do last time.”

A more fraught subject is likely to be the requirement that everyone aged two and over wear a mask at school.

This week Randi Weingarten, head of the powerful American Federation for Teachers, said she would be willing to back an end to the mask mandate in schools, but only if there was zero transmission there. 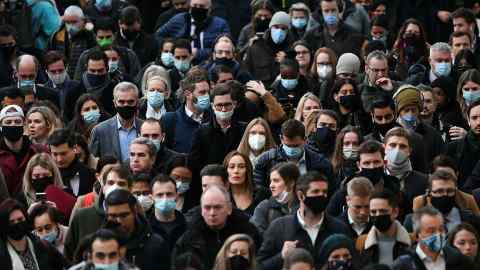 Polling shows voters are growing weary of pandemic restrictions. A recent survey by YouGov for Yahoo News showed 46 percent of Americans thought the country should “get back to normal”, while 43 percent thought “we need to do more to vaccinate, wear masks and test”.

Meanwhile, Biden’s personal approval rating has fallen from 55 per cent a year ago to 40 per cent, in part due to lower confidence in how his administration has handled the pandemic as well as concerns over soaring inflation.

Ben Tribbett, a Democratic political consultant, said: “Democratic voters remain strongly in favor of stringent restrictions, masking and testing. But this has been moving away from us among independent voters for months now. ”

Some public health experts are worried that polling data might drive the White House’s thinking.

Nancy Jecker, a professor at the University of Washington School of Medicine in Seattle, said: “Politicians thinking about midterm elections are eager to endorse such crowd-pleasing measures. Yet Sars-Cov-2 [the virus which causes Covid-19] will continue to evolve and produce new variants. ”

Others, however, believe that possibility should not warrant semi-permanent restrictions.

Tom Frieden, a former CDC director, said: “Even if a new variant is possible, it is less and less likely and we are more and more able to manage it.”


Surge in underperforming funds on ‘Spot the Dog’ list