Biden warns Russia is set to invade Ukraine within days 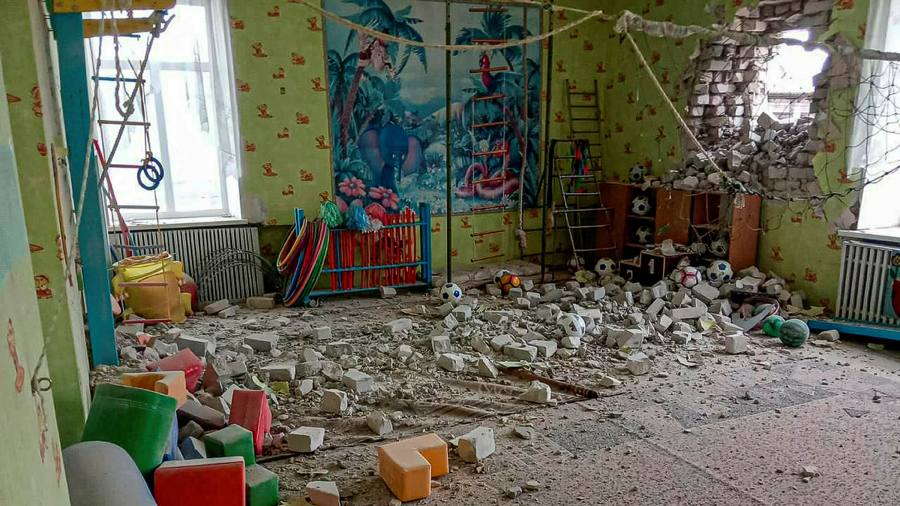 Joe Biden has warned that Russia is on the brink of invading Ukraine within “several days”, saying the US believes the Kremlin is engaged in “a false flag operation to have an excuse to go in”.

The US president spoke as Kyiv and Moscow blamed each other for clashes in Ukraine’s eastern Donbas region – incidents the west fears will be used as a pretext for a co-ordinated Russian military campaign.

Russia reiterated its threat to take “measures of a military-technical nature” after it complained that the US had “twisted” draft proposals Moscow put forward to address its concerns about European security.

Speaking at the White House, Biden offered a bleak assessment of the situation, noting there was a “very high risk” of a Russian invasion. “Every indication we have is they’re prepared to go into Ukraine, attack Ukraine,” he said. “My sense is it will happen in the next several days.”

While Biden said a diplomatic path to resolving the crisis remained open, his words reflected growing pessimism across western capitals and more bellicose rhetoric from Moscow.

Global stocks dropped and traders took shelter in haven assets on Thursday as tensions ratcheted up. The S&P 500 fell 1.1 per cent while ultra-safe US government bonds rallied, pushing the 10-year Treasury yield down 0.07 percentage points to 1.97 per cent.

The heightened tensions in eastern Ukraine came as Moscow and Washington exchanged barbs over the prospect of reaching a diplomatic solution.

In a letter published on Thursday, Russia’s foreign ministry said the US had “not given a constructive response” to its core demands, which included calling on NATO to pledge never to admit Ukraine and to roll back its eastward expansion.

Antony Blinken, US secretary of state, said he was evaluating the letter and had invited his Russian counterpart Sergei Lavrov to meet in Europe next week to prepare a possible summit of “key leaders” to resolve “mutual security concerns”.

But at the same time Blinken echoed Biden’s warnings over an imminent Russian attack on Ukraine, telling the UN Security Council it would be a concerted assault involving “ground troops, aircraft, ships” and cyber attacks on key institutions.

Russia said it was willing to discuss other issues such as arms control, but only as part of its core grievances with NATO, which western leaders have said are unacceptable.

Earlier on Thursday, the Ukrainian army claimed that “Russian occupation forces” controlling breakaway eastern regions of Ukraine had shelled more than 20 separate locations, including a kindergarten in a village in the Luhansk region, injuring two civilians.

The Donbas flare-up was the latest development in a smoldering conflict that has claimed about 14,000 lives in the breakaway regions of Luhansk and Donetsk since erupting in 2014 after Russia annexed Ukraine’s Crimean peninsula.

Russia backs separatists in Donbas but denies – despite overwhelming evidence to the contrary – that it is a party to the conflict. Moscow blamed Ukraine for the escalation and Kremlin spokesperson Dmitry Peskov said the shelling “was a subject of very, very deep concern”.

Ukrainian President Volodymyr Zelensky rejected the accusations, describing the incidents as “provocative shelling”. Liz Truss, the UK foreign secretary, said the reports of “alleged abnormal military activity” by Ukraine in Donbas were a “blatant attempt by the Russian government to fabricate pretexts for invasion”.

The increased fighting in Donbas comes as the US, UK and NATO continued to rebut Russia’s claims this week that it was pulling back some of its forces from the border with Ukraine.

The White House has called the Kremlin’s assertion that it was withdrawing forces from the border “false” and accused Russia of increasing its troop presence in the region by about 7,000 in recent days.

Sergei Lavrov, Russia’s foreign minister, said the west was fanning “hysteria” by accusing Moscow of not withdrawing its troops. “This is where the escalation is,” Lavrov said according to Interfax.

Russia ordered Bart Gorman, deputy chief of the US mission in Moscow, to leave the country, an expulsion the US state department described as “unprovoked”.