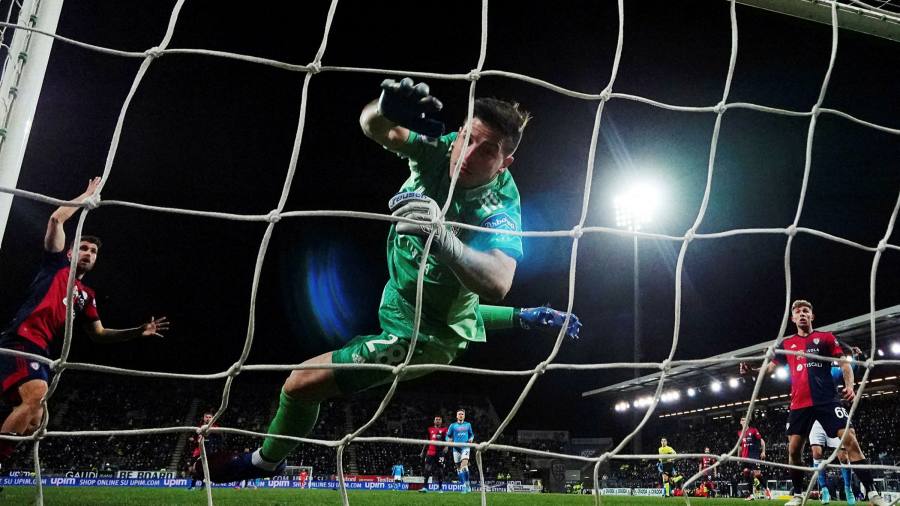 DAZN, the sports streaming group backed by billionaire investor Leonard Blavatnik, racked up pre-tax losses $ 1.3bn in the first year of the pandemic as coronavirus disrupted the sporting calendar.

The so-called Netflix of sports has agreed billion-dollar deals to broadcast live sports, such as a € 2.5bn three-year deal to screen Italy’s Serie A, as it seeks to compete against traditional broadcasters including Sky and ESPN. It also sought to strike a deal for UK sports streaming platform BT Sport.

But the London-based company remains reliant on Blavatnik’s Access Industries, its majority shareholder, for funding. Last week Access agreed a $ 4.3bn recapitalization of DAZN that has left the group debt free.

DAZN is planning its next steps after its talks to acquire BT Sport, which broadcasts the English Premier League and Uefa Champions League football competitions in the UK, collapsed.

It is considering expanding into new business areas, including betting and gaming, in search of profitability and last month appointed Shay Segev, former head of gambling group Entain, as chief executive.

In delayed accounts for the year to December 2020, revenue rose to $ 871.8mn from a restated $ 819.0mn the previous year, according to a Companies House filing. Its accounts for 2021 are due by the end of September.

The group said it had suffered as customers ditched subscriptions when sports suspended play from March to July 2020 as the pandemic took hold and governments rolled out measures to limit the spread of the virus.

“When sports content resumed in the latter half of the year, the group saw improved subscribers and revenue growth,” the accounts said. This boosted subscriber revenues.

Operating costs fell almost 27 per cent to $ 2bn, primarily because DAZN spent less on the rights to broadcast sports as a result of rebates and contract terminations during the pandemic.