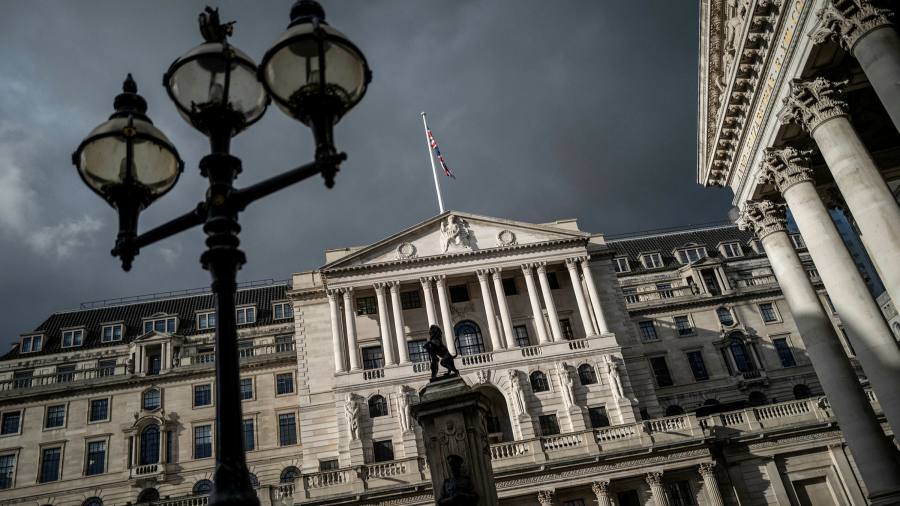 A senior Bank of England official has indicated that the central bank is likely to undertake a “very gradual” sale of the £ 895bn of assets it has bought in the past 13 years of quantitative easing.

Speaking at the first Bank of England Agenda for Research (BEAR) conference, Ben Broadbent, deputy governor for monetary policy, said it was possible that the BoE would continue selling assets under a new quantitative tightening program, even if the central bank was simultaneously cutting rates.

“Quite conceivably it is possible that the balance sheet will go through this very gradual reduction, even as bank rate potentially at times moves both up and down,” Broadbent said.

The BoE in February initiated a passive program of quantitative tightening, in which it will no longer reinvest the proceeds of its government bonds when they mature.

Some £ 28bn of UK gilts it holds are maturing early next month and the BoE will not reinvest the proceeds it receives.

The bank has started a gradual program of selling the £ 20bn of corporate bonds it owned under the QE scheme, but will only start active sales of its remaining gilts when it has raised interest rates to at least 1 per cent.

Broadbent’s comments suggest the BoE is planning to sell assets slowly and not use the quantitative tightening program to manage the economy.

His views were echoed by senior European central bankers. Isabel Schnabel, member of the executive board of the European Central Bank, told conference delegates that she agreed with the BoE stance, although the ECB has not yet considered QT.

“Our key policy rates are best suited for influencing output and prices in the euro area during the normalization process,” she said.

Both central banks face inflation rising at more than twice their 2 per cent inflation target. In the UK, it rose to a 30-year high of 5.5 per cent in January, while in the eurozone, prices rose at an annual rate of 5.1 per cent, the highest since the single currency was introduced in 1999.

After Russia invaded Ukraine on Thursday, economists revised up their inflation forecast for both the UK and the eurozone.

Schnabel said borrowing costs are a better tool to control inflation because most loans to businesses are short-term and therefore will be directly affected by changes in central bank interest rates.

In contrast, balance sheet adjustments, such as quantitative tightening or the release of bonds purchased by central banks, have only a partial effect on long-term rates, which are also influenced by other factors, such as inflation uncertainty and global demand.

“Balance sheet adjustments may thus not be well-suited as the main instrument for controlling the overall stance [of monetary policy]”Said Schnabel.

She tweeted that all the panelists at that session of the conference “agreed that policy rates, not quantitative tightening, should be the main active instrument in the normalization or tightening phase.”

She also emphasized the importance of ending QE as the first element of tightening monetary policy because asset purchases had unpleasant side effects such as “the measurable rise in residential real estate prices”.

The BEAR conference aims to bring together academics and policymakers to debate the “challenging environment that central banks face today”, according to Andrew Bailey, the BoE governor.