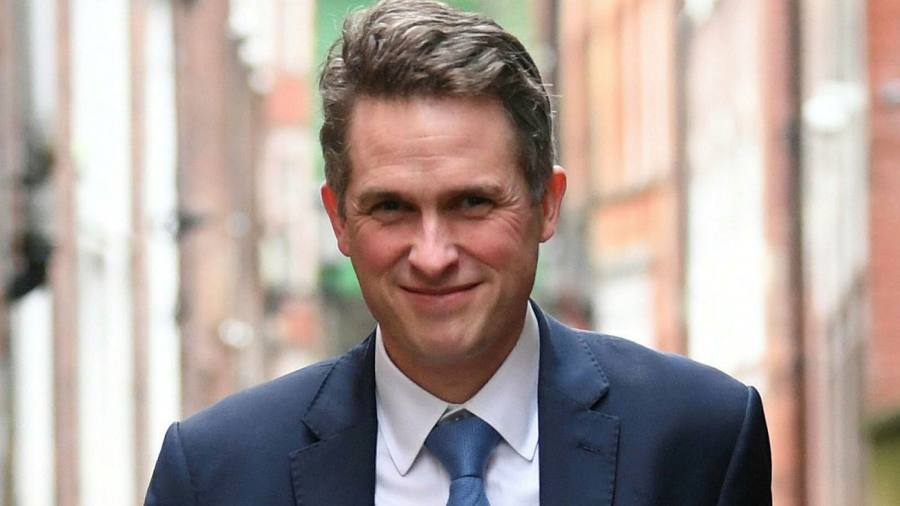 Boris Johnson was criticized on Thursday for rewarding failure by handing a knighthood to former education secretary Sir Gavin Williamson after his mishandling of exam results during the pandemic.

The UK prime minister sacked Williamson, 45, in a reshuffle last year after he was widely criticized for his handling of exams in 2020, when a statistical model was scrapped after results were downgraded for high achieving students who came from disadvantaged backgrounds.

He previously served as defense secretary but was sacked in 2019 following a security probe into the leaked minutes of a National Security Council meeting.

Williamson, a Conservative MP for South Staffordshire since 2010, was also closely involved in Johnson’s leadership campaigns and former PM Theresa May. He was given a CBE in 2016 for public and political service.

Williamson is widely feared in Johnson’s inner circle because of his time as chief whip, when he is said to have collected a “black book” of secrets. During this period, he kept a pet tarantula on his desk called Cronus that was used to intimidate Conservative MPs.

Downing Street announced on Thursday “the Queen has been pleased to approve that the honor of Knighthood be conferred upon The Rt Hon Gavin Williamson CBE MP.”

Parents across the country will be outraged at this reward for his abysmal failures.

“Gavin Williamson left children to go hungry, created two years of complete chaos over exams and failed to get laptops out to kids struggling to learn during lockdowns. His record is astonishing and disgraceful, ”she said.

Wes Streeting, shadow health secretary, described the gong as a “reward for failure”.

Sam Freedman, a former special adviser at the Department of Education, said: “I’ve been closely involved with education policy for almost 20 years and Williamson was the worst secretary of state by a long way.”

Munira Wilson, the Liberal Democrats’ education spokesperson, was similarly critical. “The only award Gavin Williamson should be given is the one for worst education secretary in history. Parents across the country will be outraged at this reward for his abysmal failures, ”she said.

Senior Conservatives said Williamson was privately eager to boost the prospects of foreign secretary Liz Truss, a frontrunner to replace Johnson if he was forced to resign as prime minister over the so-called ‘partygate’ scandal in Downing Street parties that broke Covid-19 restrictions .

One influential Tory MP said: “Gav is on maneuvers again and he is clearly backing Liz for leader and has not been shy at telling them. But with him, you never know what he is really up to. ”