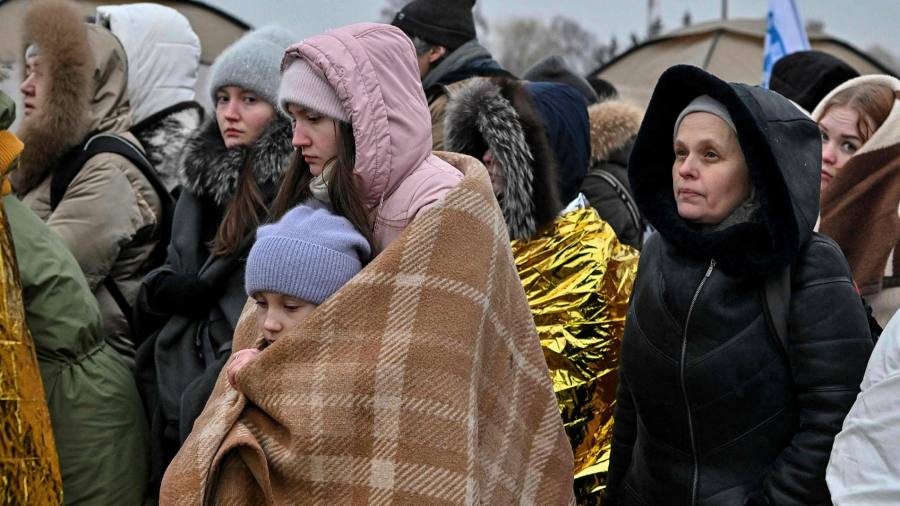 Boris Johnson faced mounting pressure on Wednesday to soften his policy on welcoming Ukrainian refugees fleeing the war from the country’s ambassador to the UK as well as senior Conservatives.

The government has been criticized for failing to fulfill its public promises to refugees, who must make an appointment at a visa application center and upload a series of official documents to gain entry to the UK.

Some 850 visas have been granted so far while 22,000 refugees have applied for settlement under the expanded family scheme, the Home Office said. More than 2mn people have fled Ukraine, according to the UN.

In an effort to speed up visa processing, the Home Office will open a pop-up visa center in Lille, northern France, on Thursday, with free transport offered from the port of Calais, 67 miles away. But refugees must still make an appointment in advance.

Vadym Prystaiko, Ukrainian ambassador in London, told a House of Commons select committee that his country would like to ensure “barriers are dropped for some period of time” to allow a “maximum” number of refugees to come to the UK.

He added: “I understand how sensitive it is for your society, especially after the immigration crisis, refugee crisis with Syrians, which we believe was manufactured by Russia pushing out these people from Syria, flooding with immigration, wave after wave, to Europe. ”

Prystaiko criticized “bureaucratic” processes and said that his wife struggled to obtain a visa when she arrived in the UK. He added that around 100,000 refugees may seek to come to the UK to live with the 50-60,000 Ukrainian families already in the country.

Johnson was also urged by members of his own party to take a “more humane approach”. Julian Smith, a former cabinet minister, criticized the “tone” of the government’s approach and urged a reset.

“Please, can I urge him to look again at resetting our policy and taking control of a more humane approach to those women and men fleeing from Ukraine?”

Johnson told the Commons that the government will “go further” and routes by which “the whole country can offer a welcome” to people from Ukraine will be set out in the next few days. However, this is not expected to mirror the EU and allow virtually all Ukrainians free entry for several years. 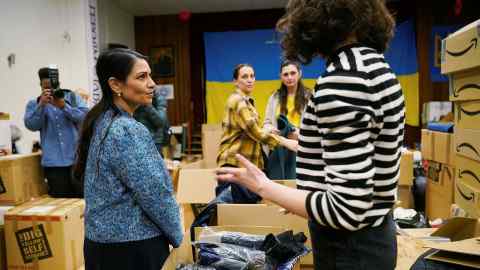 The prime minister added: “We are going to be as generous as we can possibly be, but we must have checks.”

Ben Wallace, defense secretary, also warned MPs that Russia had previously “used migrant flows deliberately to divide and put pressure on our system”, noting its past record in Belarus.

Wallace added that he appreciated the frustration with the government’s processing of visa applications, saying “the important thing is we’re going to fix the here and now”.

He told LBC radio that Lord Richard Harrington, the new refugee minister, should be “allowed to say, if we want to go for shorter shows or it’s just Ukrainian passports or something else, let’s find a way to get it done”.

Much of the blame has been focused on Priti Patel, who has been home secretary since July 2019, but some officials and MPs criticized the Home Office for struggling with ministers’ demands to ease the path for refugees.

One Home Office insider insisted that Patel was not deliberately “trying to keep refugees out” and that she was “storming around the department” trying to sort out the problems.