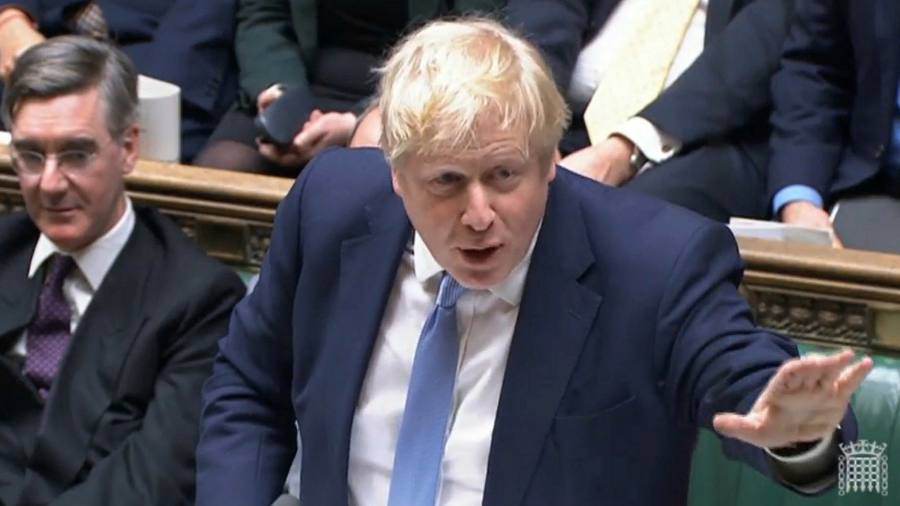 Boris Johnson on Monday battled a renewed conservative threat to his leadership in the wake of a long-awaited and highly critical report on party culture at the heart of his government.

The Prime Minister’s stumbling response to the report on the “partygate” affair by Sue Gray, a senior official, revived talk of a potential leadership challenge and triggered an alarm in Downing Street.

“It was awful,” said a normally loyal, longtime Tory MP, referring to Johnson’s House of Commons reaction to the report, which in turn was remorseful, bullish and belligerent. “I consider my position from one day to the next.”

Johnson appealed to Tory MPs at a private meeting on Monday to stick with him, promising there would be no new revelations, saying he took Covid lockdowns seriously: “I almost died,” he said.

Meanwhile, under pressure from Tory lawmakers, Downing Street promised to release Gray’s full report following the conclusion of a Metropolitan Police investigation into 12 separate alleged parties in Downing Street and the Whitehall estate.

Only hours earlier, Johnson had refused to give that assurance, which angered lawmakers. He also declined to say whether he had attended a party at his Downing Street apartment on November 13, 2020, one of the events being investigated by the Met.

Gray’s report confirmed that two parties attended by Johnson are being investigated by the Met. Sir Keir Starmer, Labor Party leader, told MEPs that “there can be no doubt” that Johnson himself was under criminal investigation.

The report was heavily rewritten before publication, at the request of the force, extensive criticism of the most serious allegations of Covid lockdown violations.

This led to speculation that Johnson would ride out the storm. But even in its diluted form, Grays’ report was crippling about “failure in leadership and judgment” in number 10 and the Cabinet Office.

Johnson, who has refused to acknowledge that parties were taking place and insisted that the Covid guidelines be followed, faced allegations in the House of Commons – rejected by Johnson – that he was misleading MPs.

Starmer said the report showed Johnson was “unfit for office” and urged Tory MPs to remove the prime minister.

Gray confirmed that police are investigating a “bring your own booze” party in Downing Street Gardens on May 20, 2020 and the Prime Minister’s birthday party on June 18, 2020. Number 10 has confirmed that Johnson attended both events.

The Gray report noted “a serious mistake” in complying with the high standards expected of them in positions of authority.

Gray said there had been too little thought given to whether parties held in the middle of a lockdown were appropriate, and some of the behavior around them was “difficult to justify.” 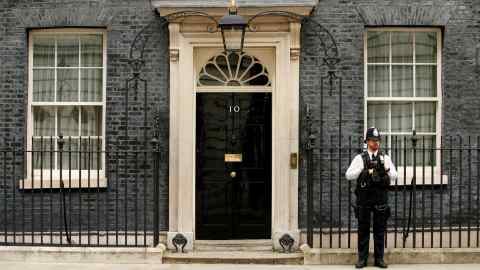 The report said new steps should be taken to prevent “excessive alcohol consumption” in government offices, adding that some employees were hampered in raising concerns about what was going on.

Tory rebels must now decide whether to move against Johnson. A total of 54 members of parliament, 15 percent of the parliamentary party, can trigger a leadership challenge if they request a vote of confidence.

An ally of the prime minister said a cabinet reshuffle was expected, along with a clearing of party whips – Johnson’s parliamentary enforcers.

Gray’s report was watered down after the Metropolitan Police requested that it provide only “minimal reference” to the specific allegations of shutdown-breaking parties in Downing Street and Whitehall that it is investigating.

The Met said Monday it was reviewing “more than 300 photos and over 500 pages of information” provided by Gray’s team and that it would “speed up its investigation.”

Catherine Roper, the chief officer in charge of the investigation, said people would be contacted about the allegations “within a few weeks”. She said the investigation “absolutely” would not last more than a year.