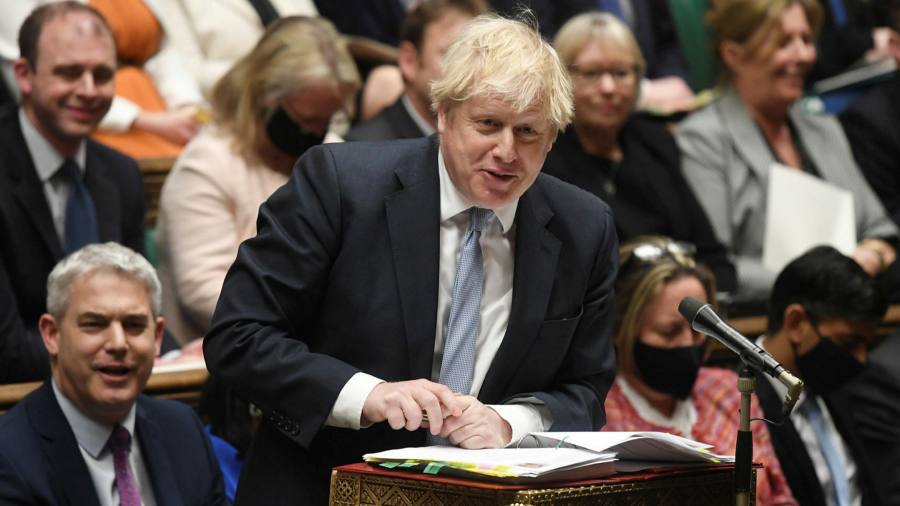 Boris Johnson on Wednesday announced plans to end the legal requirement to self-isolate after a positive Covid-19 test in a move aimed at scrapping the last remaining virus restrictions in England.

The UK prime minister, attempting to raise Conservative morale after weeks of Tory divisions, won cheers from his MPs as he suggested the worst of the Covid crisis was coming to an end.

“It is my expectation that we’ll be able to end the last domestic restrictions, including the legal requirement to self-isolate if you test positive, a full month early,” Johnson said at Prime Minister’s questions in the House of Commons.

Johnson said he expected to set out a “living with Covid” plan when MPs return from a break on February 21. The remaining legal curbs had not been due to expire until March 24.

Wednesday’s announcement came as new data from the Office for National Statistics showed that Covid infection rates were rising across the UK.

Some 3.3mn people were infected with the virus in the week ending February 5, up from nearly 3.1mn infections the week before. In England, one in 19 people had coronavirus in the last week, compared to one in 20 a week earlier.

This month, Denmark became the first European country to drop all Covid restrictions, including the legal requirement to self-isolate, despite record infection rates due to the Omicron coronavirus variant. However, the Danish government is still advising people who test positive after showing symptoms to self-isolate for at least four days.

In South Africa, where Omicron first emerged, people without symptoms have not had to self-isolate after testing positive since early February. 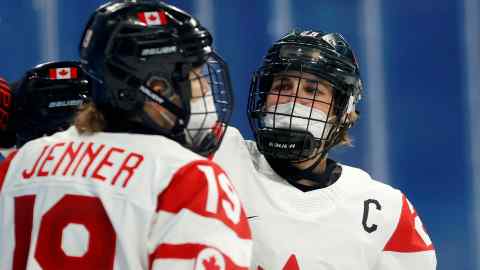 The prime minister’s spokesperson stressed on Wednesday that the change was not a recommendation that people should go to work if they have coronavirus, adding that “guidance” on appropriate behavior would remain in place.

“Obviously in the same way that someone with flu, we would not recommend they go to work, we would never recommend anyone goes to work when they have an infectious disease.”

“No longer mandating isolation periods is not going to make a big difference,” said Spector. But he stressed the need to continue with “strong public health messaging”, adding that the government “must not pretend it’s over”.

However, Chris Hopson, chief executive of NHS Providers urged bail. “The government is best placed to determine the evidence around Covid-19 restrictions but any steps to de-escalate our precautionary approach – including ending requirements for self-isolation for positive tests – must be proportionate to the risks,” he said.

The move was met with skepticism from some workers’ unions. General secretary of the TUC Frances O’Grady, has urged employers to “carry out proper risk assessments” to maintain safety in the workplace and find solutions to the “broken sick pay system”.

“It begs the belief that millions still do not have access to decent sick pay,” she said. “This is leaving the country vulnerable to new variants and pandemics.”

The Department for Business, Energy and Industrial Strategy has been holding talks with business groups and unions about what kind of workplace guidance would help employers navigate a “post-Covid” world – where the pandemic is all but over but Covid-19 has not disappeared .

Employers and unions want the government to maintain access to free lateral flow tests, despite ministers’ desire to start charging for them later this year. They also expect the government to produce advice on best practice, such as good ventilation in buildings and not forcing employees who are sick with mild Covid into work, if they can work from home.

One union official said any new advice should be broad in scope to prevent any confusion with “consistent guidance” for all workplaces – in contrast to the sector-by-sector approach at the start of the health crisis.

Additional reporting by George Parker and Sebastian Payne in London