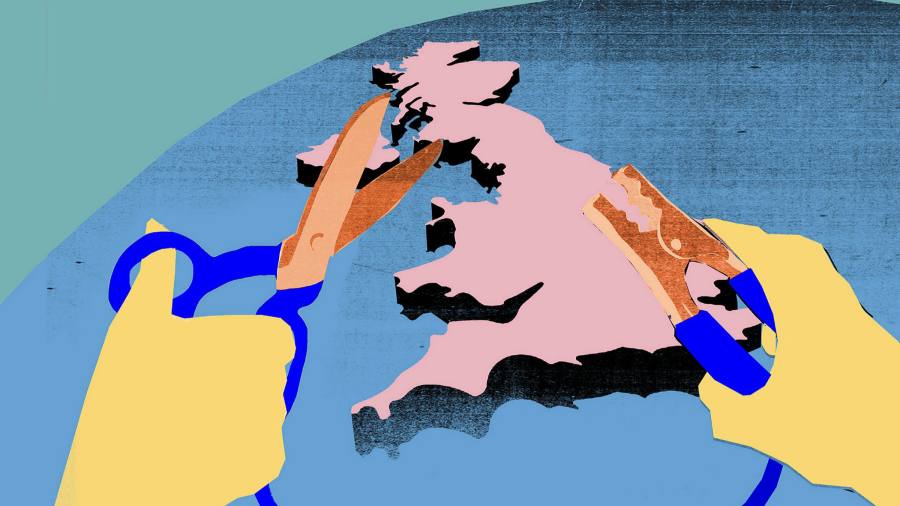 The Conservative party is facing two crises. First and most obvious is the one around Boris Johnson’s leadership. But there is a second, related, and deeper problem. It is also facing a crisis of purpose.

This was not always true. The core mission of this government (aside from staying in power) was to deliver Brexit. This is done, and while there are issues still to resolve, the administration is now in a holding pattern.

There was also a second mission, to have an active state investing in public services and infrastructure. This move towards more communitarian conservatism began under Theresa May, and marked a shift in Tory thinking which chimed with the public mood.

Now, in a naked calculation that survival depends on pacifying his right flank, Johnson is promising a return to the small-state values ​​of lower tax, looser regulation and a less intrusive government. Jacob Rees-Mogg has been made minister for Brexit opportunities with a remit to deregulate. And the shrinking state pledge, from the PM’s new chief of staff, Steve Barclay, is described as “a priority”. For Johnson, this may mean no more than the end of Covid restrictions and cutting taxes before the election. But those at whom the words are aimed want more than a reset to the pre-pandemic state.

They have an argument. The tax burden is the highest since the 1950s. More regulation, intervention in industry and costly net zero commitments mean this is not an unshackled economy. But the UK is also a country with low productivity, regional imbalances and poor infrastructure. And it is hard to reconcile his pledge with the four priorities set out by the party chair Oliver Dowden: rebuilding the economy, tackling Covid backlogs, more police, doctors and nurses and stopping asylum seekers crossing the Channel. None of those screams smaller state.

Tensions between different wings are not new. But previously Johnson was managing the tussle between the economic liberals who saw Brexit as a path towards a lightly regulated and low-tax state and the more communitarian conservatives.

The pandemic changed everything. Not only did it shatter the public finances, it also damaged Johnson’s credibility among those who felt his lockdown rules indicated a capture by big statists. It has led to significantly raised taxes, borrowing and public service backlogs, supply chain shortages, energy price spikes and inflation. A cabinet which, in October, boasted of turning the UK into a high-wage economy, is now asking for pay restraint. Johnson faces only hard choices and lacks a growth strategy.

So the smaller state promise matters, even if it is lightly given. Such signals change the tone of thinking. Many MPs will see it as permission to push harder, not just over tax but also the fiscal and energy policies associated with his net zero commitments.

Few can be surprised that the Tories want to cut taxes, especially during a cost of living squeeze. Nor can the promises to reboot Britain all rely on government. But the UK’s challenges demand a government that is not seeking to flee the field. The net zero pledge requires huge state action. This was hard enough even before rising energy bills offered Tory MPs a reason to abandon green levies or slow the transition away from fossil fuels. Is a smaller state really going to reshape every household’s domestic heating or support a carbon border levy? The energy price spike and the diplomatic desire to face down Russia over Ukraine show the price of previous governments’ failures to secure supply or properly commit to the next generation of nuclear power stations.

Other ambitions are falling away, though some good things have been achieved, not least in science funding and skills. Backbench pressure has already forced a retreat from the housebuilding goal. Another mission unaccomplished. “Leveling up” is the closest we have to a government purpose, but it is underfunded and weighted towards superficial goals in the early years. And, again, they demand an active state.

Public service reform was stalled by Covid. Sajid Javid, the health secretary, is already working on new plans even as the latest reforms are going through parliament. NHS modernization may save money and raise productivity, but will not yield quick savings.

As a tactic for electoral differentiation, cutting taxes and pledging to control spending may work. One can see the strategy: public finances restored after Covid, work started on leveling up, time to stay the course. And election strategy matters more than ever as Johnson seeks to show his MPs he still holds a winning ticket. But non-delivery is also a risk. There is a gap for a small state party, but it means ceding territory to Labor.

While the post-pandemic retreat from private lives will be widely welcomed, there is no evidence Johnson really believes this is a small state moment. But the Tory right do and they are not easily fobbed off. A weak leader promising incompatible policies is a poor prescription for rebooting Britain.

This is the crisis of direction. There is no Atlas Shrugged nirvana Johnson can head towards. There is only messy compromise which leads to more years of under-investment and hard choices pushed beyond another election.

So someone is being conned. It could be the Tory right. Or perhaps the people who thought they were electing a different type of Conservative government. Quite possibly, it could be both.