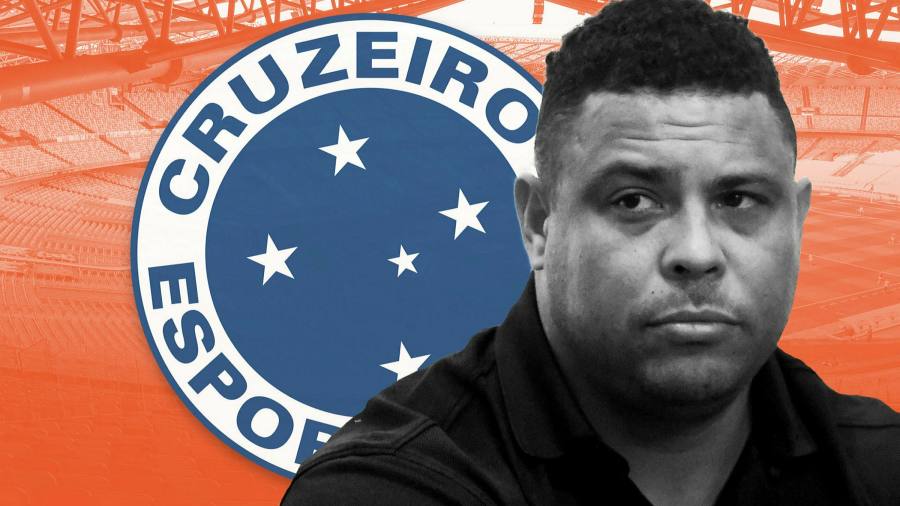 Brazil has an unrivaled record for turning out footballing talent. But in the birthplace of some of the finest players to have graced stadiums around the world, many domestic teams have long underperformed off the pitch.

Indebtedness, mismanagement and, in some cases, alleged embezzlement have all dogged the game.

Change is now on the cards in the spiritual home of o bono game (the beautiful game), as a drive to professionalize the business side of the sport gains traction. Those pushing for reform in the $ 1bn turnover industry point to the kind of commercial success achieved in major European leagues in recent decades.

A number of Brazilian sides are seeking to attract outside capital by adopting a new kind of corporate structure, in place of the customary non-profit model.

The first proposed deal of its kind was unveiled towards the end of last year, when Ronaldo Luís Nazário de Lima, one of the greatest strikers of all time, announced plans to purchase 90 per cent of his boyhood club Cruzeiro in the city of Belo Horizonte . The former superstar promised R $ 400mn ($ 75mn) of funding through his company Tara Sports for the once high-flying team, which was demoted from Brazil’s first division two years ago amid a corruption scandal and mounting debts.

American businessman John Textor, a major shareholder in England’s Crystal Palace FC, then signed a binding contract to acquire 90 per cent of Botafogo last month, pledging to pour R $ 400mn into the Rio de Janeiro outfit. Fans celebrated in the street after the approval of the sale.

“This is a moment in history. I know I’m up for it and I know other foreign investors have been inspired, ”he told the Financial Times. “There’s capital and people looking at other clubs to do the same thing.”

Both pioneering agreements stem from a law passed last year aimed at improving transparency and governance at football clubs, as well as reducing debt levels.

Among the traditional set-up teams are associations, exempt from certain taxes and owned by fans, who elect powerful executives. Critics say this system encourages a tendency to borrow and spend irresponsibly to attain on-field glory.

While not banned from becoming businesses, the legislation aims to overcome resistance within club hierarchies. It creates a special type of company, which can sell stakes to investors, with favorable tax treatment and a mechanism to renegotiate and resolve debts.

“With owners taking care of the money, we will have greater financial rationality,” said Eduardo Carlezzo, a lawyer advising clubs on the matter. “We will have cases where the fans embrace it, but in others there may be a lot of criticism. There will be a period of cultural accommodation. ”

He believes the novel template will initially appeal to the most heavily indebted clubs, some of which have on occasion fallen behind on salaries.

Debts among Brazil’s top 23 sides increased by one-fifth to R $ 10.3bn ($ 1.9bn) in 2020, according to research by EY. That was nearly double their total turnover of R $ 5.3bn, which despite taking a hit from Covid-19 has grown significantly over the past decade.

For fans who complain about the exodus of players to foreign leagues, the hope is that a long-due overhaul will result in more money to persuade them to stay.

“If you hold on to your talents, you will have the best championship in the world,” said Pedro Mesquita, XP’s head of investment banking, who advised on the Cruzeiro and Botafogo deals. “[The law] has opened a new path. . . There will be at least another five or six big transactions by the end of the year ”.

A crosstown rival of Cruzeiro, América-MG, has been linked with the US-based Kapital Football Group. “Nothing has been decided yet and we are still in talks,” said KFG.

Outsiders have tried to mine the seam of Brazilian football before, although rarely with success. A handful of partnerships struck in the 1990s with foreigners either did not last or turned sour, such as a venture between Bank of America and Vasco da Gama. A notable exception was Red Bull’s 2019 takeover of Bragantino. Backed by the energy drink brand, it gained promotion to the top national division.

Not all teams will be attracted by the new model, say analysts. Flamengo, for instance, is credited with reviving its fortunes as an association after electing a board a decade ago on a professional management platform.

Yet club advisers think the new legal arrangement can have an impact on the sector.

“It’s not a panacea, it’s a tool that helps those with the right mentality,” said Jorge Braga, a corporate turnround specialist appointed as Botafogo’s chief executive last year after it was relegated. “There is a very important financial obligation for those who invest in this structure”.

If debt reduction targets are not met, the new owner becomes jointly responsible with the old association, which carries on running the club’s non-football and social activities.

Early experiences at Cruzeiro, which has almost R $ 1bn in debt, suggest it will not be easy. Although the deal is yet to be completed with due diligence still under way, Ronaldo has already installed a new administration, which has had to make difficult decisions. Fans protested over the dismissal of a veteran goalkeeper.

The budget was slashed in order to match incomes, according to director Gabriel Lima, who was brought in from Valladolid, a Spanish club controlled by Ronaldo.

Cruzeiro is a patient who was in the intensive care unit. He needs shock treatment, which is never good, but he needs it to survive, improve and then walk, ”he said.

While sales of supporter memberships have proved strong so far, Lima said a challenge was to rehabilitate the club’s image in the eyes of potential sponsors.

Marcelo Ferreira Rocha, from an independent fan organization, said the main expectation was getting back to the highest division. “We dreamed of the club’s restructuring and there was no other way,” he said. “But as everything is new, we do not know what lies ahead.”

Despite Brazil’s famous national passion for football, a post-pandemic challenge across the board is to boost ticket sales. Although mean match attendances in the Serie A top flight increased by 13 per cent to above 21,000 in 2019, stadiums were still less than half-full on average, according to data compiled by media group Globo.

There is also potential to bring Brazil’s clubs to an international audience, argued Textor. Most of the world has not heard of Corinthians, Botafogo, Palmeiras – these just aren’t brands. Well, why not? ” he asked.

One way could be revised broadcast arrangements and match schedules. Clubs have held talks over a possible new competition controlled by themselves, instead of the national federation.

Collective negotiation by clubs with TV channels over transmission rights, rather than on the current individual basis, could “increase the size of the cake”, said Pedro Daniel, executive director for sports, media and entertainment at EY in Brazil.

Financial fair play rules, setting limits on how much clubs can spend, are also important to attract more investors, he added. “[It is] fundamental for the sustainable development of the industry ”.