Brexit opportunities, not opportunism, are needed 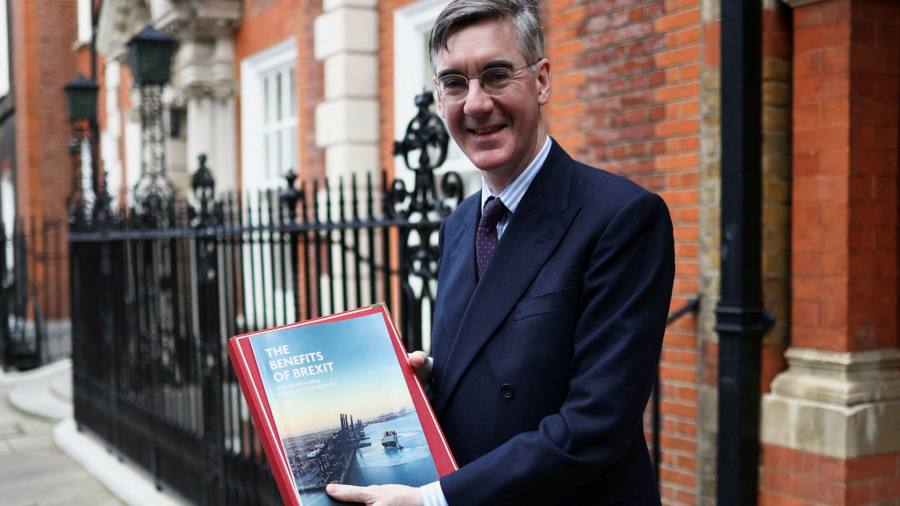 Boris Johnson’s government has decided it needs a minister to seek out opportunities brought by Brexit – which is strange because in the run-up to the 2016 referendum, UK voters were given a list of Brexit dividends under the guise of taking back control. So far, tangible benefits include a return to traditional blue British passports. Jacob Rees-Mogg, an ardent Brexiter and Johnson loyalist, has been given the new brief of Minister for Brexit opportunities. His first move was to ask readers of the Sun newspaper if they had any ideas. This is an opportunist appointment by a government that is rapidly losing control.

If nothing else, Rees-Mogg’s appointment shows that at least one job has been created by Brexit. His sideways move, part of a mini reshuffle, also succeeded in temporarily diverting attention from the fact that Johnson is part of a police investigation into the alleged breaking of his own lockdown rules.

Rees-Mogg has previously said that it will take 50 years to feel the benefits of Brexit. But voters, and restive backbenchers whose support Johnson needs, are keen to see the upside sooner. In the week that Northern Ireland’s first minister quit over the post-Brexit trade arrangement, there were tailbacks of lorries at Dover in part due to increased border checks, and a select committee found that all leaving the bloc has delivered so far is costs and delays , there is pressure to demonstrate the pros to Brexit amid ample evidence of cons.

The problem is that Rees-Mogg is right in his assessment that any benefits will take time to accrue. They will probably be incremental. That is a difficult political message to sell for even the most trusted leader, which Johnson is not. There are areas where the UK could strike out on its own path, but it will be an arduous task to unearth regulations that derive solely from the EU and whose rollback will deliver genuine net benefits. Lower standards may create higher risks. There is also the danger that jettisoning rules – as suggested in data regulation – imperils access across the Channel.

Financial services is a case in point. Many companies worry about too much divergence away from EU rules because they still sell their services into the bloc. A different system means more cost and red tape, not less. Elements of regulation can be changed to the benefit of UK companies – an overhaul of the EU Solvency 2 insurance regime being a good example, which even the Bank of England concedes has merit – but the bigger picture is one where many overarching standards are set at a global, not EU, level.

Rees-Mogg has been told to find 1,000 pieces of regulation to scrap. That is the wrong premise. Far better would be to find areas where EU frameworks are yet to be fully implemented and where robust yet proportionate new rules could play to the UK strengths: artificial intelligence and gene editing are two examples.

Most of all, redesigning the UK’s post-Brexit regulatory architecture requires honesty about what needs fixing. Even in his Sun plea, Rees-Mogg claimed that the UK’s successful vaccine rollout during the pandemic was down to Brexit. In fact, the UK – even if subject to political pressure – would have been legally able to eschew the EU vaccine program if it were still part of the bloc. Charting a course after Brexit to benefit the UK is possible but requires sensible discussion and painstaking mastery of the detail. Instead, to lead the charge, Johnson has chosen an arch-Brexiter, who excels in performative debates that boil down to tired tropes of Remoaners and sovereignty. Sadly, the joke is on the public.

Kids Company was ‘mismanaged’ prior to collapse