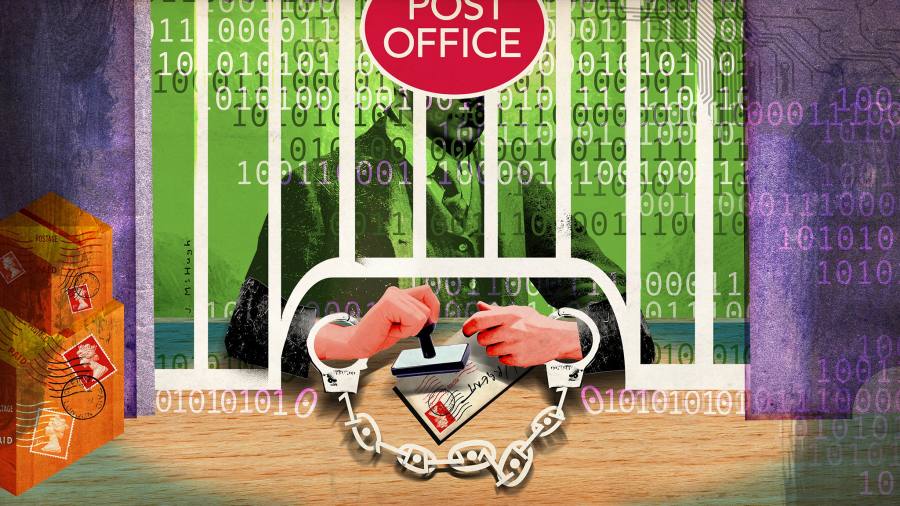 If the Post Office scandal was a Hollywood movie, critics would dismiss the plot as too implausible. Surely no one would believe that over 700 upstanding people running small post offices, the backbone of middle England, had suddenly turned to theft? Surely it would stretch credibility to have overlooked the fact that these people started being accused of fraud straight after the installation of a new computer accounting system?

In the film business they’d call that a dumb premise. But in real life, 60 sub-postmasters and mistresses were convicted, one of whom was pregnant. Some were jailed and many were bankrupted. Four people took their own lives, and others died before being able to clear their names. These people were ruined for crimes they did not commit, and after 20 years, justice has still not been done.

The statutory inquiry which has just started must uncover why the Post Office – which was wholly owned by the government – accused so many innocent employees of stealing from the till rather than accepting that its “Horizon” IT system was malfunctioning. It must also ask why the accusations persisted even after serious doubts emerged about the software. Yet not a single person at the Post Office, the IT supplier Fujitsu or in Whitehall has been fired or jailed.

Like most David and Goliath tales, this has predictable villains: an arrogant management, a supine board, a giant tech supplier bent on covering its mistakes, and regulators who were absent from the fray. But even these factors do not fully explain how this appalling miscarriage of justice could occur in plain sight, and for so long.

In the first few years, the management’s focus was on repairing the balance sheet. Its bullying tactics were shocking: everyone who encountered problems with Horizon was told they were alone in having trouble. In 2003 the Post Office sacked sub-postmaster Alan Bates, after he demanded access to the data so he could work out what was causing the discrepancies at his branch. What organization would fire someone rather than share the information?

Without Bates’ tenacity, the investigations by Private Eye, Computer Weekly and BBC journalist Nick Wallis, and the evidence from Fujitsu whistleblower Richard Roll, we might not even know this story. In his book The Great Post Office Scandal, Wallis writes that there was no proper testing of Horizon software. We know from Roll’s testimony that the tech company was desperate for Horizon to succeed because it was making losses on so many other projects. Fujitsu is not a bit-part player in this scandal, it is at the heart of it.

There was another factor at work, too: the Post Office was deeply suspicious of its own sub-postmasters, who were on relatively low salaries but processed large volumes of cash through their branches. Instead of being surprised at how many shortfalls the computer system was showing, the unit responsible for investigating fraud may have been delighted that it was proving how many wrong-uns there were.

Even so, it seems bizarre that the postmasters found themselves so alone for so long. I was bewildered by the failure of the National Federation of Sub-Postmasters, a trade union, to defend its members, until I discovered it was part-funded by the Post Office – a peculiar arrangement which should surely have been questioned in Whitehall. The permanent secretary of the Business Department was the accounting officer for the Post Office, but appears to have been blind to the issues.

If any executive had bothered to sit down with a branch manager and try to operate the Horizon system, they might have concluded it was unwieldy and totally unsuitable. That is what the MP Sir Oliver Letwin did, after one of his constituents came to him in deep distress. After Letwin and fellow MP James Arbuthnot raised concerns in 2012, the Post Office chief executive Paula Vennells agreed to commission an independent review of Horizon which found a year later that the IT system could have caused “phantom” losses. An official audit report also identified “weaknesses” in Horizon. Still, the Post Office continued its vendetta, deciding in 2017 to fight 555 postmasters who sued for damages, costing £ 32mn in legal fees. The Post Office eventually settled for £ 58mn two years later.

At what point did the Post Office, Fujitsu and the government cross the line from wilful ignorance to knowing full-well that the IT was at fault? The inquiry must decide. But this brings us to what is in some ways the most egregious part of the story. The Post Office has consistently tried to avoid paying adequate compensation to the victims, despite knowing full well that it had devastated their lives. After legal costs, the 555 victims who had won their litigation were left with less than £ 20,000 each. This is less than the government has given to non-litigants.

It is vital that all victims now get proper compensation, whether they were prosecuted, bankrupted or sacked. Nick Read, the Post Office’s new chief executive, rightly wants to provide “full and final compensation for all the victims and their families”. He is asking the government to pay the estimated £ 1bn cost. If necessary, this must come from the taxpayer. But it would be more satisfactory if the payments were made by Fujitsu, whose faulty software was the cause of all these problems. Fujitsu has so far paid nothing; moreover, since 2013, the company has won £ 3.1bn in further government contracts.

Unlike a movie, this story has no happy ending. The years of agony endured by the innocent can never be restored. But after two decades of whitewash, it is time to hold all the responsible individuals to account – in the Post Office, the government, and Fujitsu.