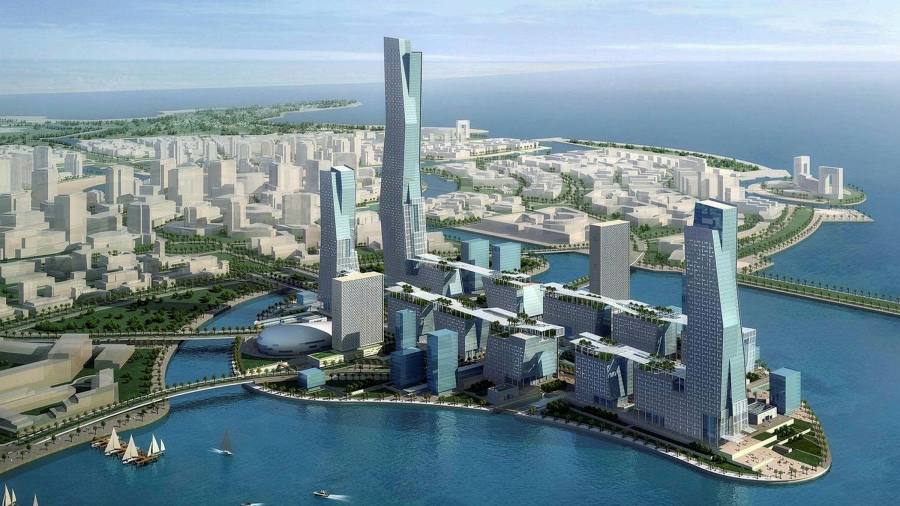 On the northwestern shores of Saudi Arabia, plans are under way for a multibillion-dollar hydrogen plant as the world’s biggest oil exporter bets on becoming the biggest producer of the clean energy source.

If the new plant meets its daily production target of 650 tonnes of environmentally friendly ‘green’ hydrogen, it will become the world’s largest. Large scale construction of the plant has not yet started at the site of the planned city of Neom on the Red Sea coast. Production would begin in 2026, an official told the Financial Times.

The Saudi plan to dominate hydrogen production is part of its attempt to diversify its oil and gas reliant economy and create jobs. With about 60 per cent, or $ 149bn, of the Saudi budget in 2021 derived from oil, the kingdom needs to diversify income sources as world demand for fossil fuels shifts.

“We see ourselves seriously involved in hydrogen and we want to size up that market. We know for sure that we will be the most competitive producer, ”said Prince Abdulaziz bin Salman, the country’s energy minister, at a technology conference earlier this month.

The real question is cost. Are customers willing to pay a premium?

But with Russia and the UAE among the many countries also angling for a share of the market, skeptics question whether the Red Sea plant will deliver all that Riyadh is hoping for. Unlike oil, so-called ‘green’ hydrogen – the most carbon-friendly option which involves water and renewable energy – can be produced anywhere. If the market takes off as anticipated – forecast at $ 600bn by 2050 – the competition would be fierce, analysts say.

For decades, hydrogen has been hailed as an alternative to fossil fuels, possibly providing as much as 12 percent of the world’s energy needs by 2050, according to the latest research from the International Renewable Energy Agency. Hydrogen can be used to run cars, in industry or even to heat and power households.

Hydrogen “definitely is the direction oil companies and producers are taking to decarbonise. It makes sense Saudi Arabia would pursue this, ”said Kristin Diwan, a senior resident scholar at the Arab Gulf States Institute in Washington.

Green hydrogen, made using renewable electricity to split water, is the most environmentally friendly form. The northwestern shores of Saudi Arabia enjoy year-round sunshine and steady winds that could power solar panels and windmills. Blue hydrogen is made from splitting the methane molecule into natural gas and capturing the carbon, and Riyadh has said it will assign a gasfield for this purpose. “Saudi Arabia is betting on both blue and green hydrogen,” said Araman.

The Red Sea hydrogen plant is a joint venture signed in 2020 between US-based Air Products, the Saudi ACWA Power and the Neom company. But the primary driver behind Saudi Arabia’s green initiatives is the Public Investment Fund, the $ 500bn sovereign wealth fund chaired by Crown Prince Mohammed bin Salman.

As well as the Neom plant, the PIF signed last month a memorandum of understanding with two South Korean companies – Samsung and the POSCO – to study a hydrogen project targeting exports. Neom is also meant to host a plant to build cars powered by hydrogen cells.

The head of the hydrogen project at Neom, Roland Kaeppner, says the new Saudi venture comes at the right time for a world searching for ways to replace fossil fuels. “You can not decarbonise every industry by just electrifying it,” he said.

There remain huge caveats. Hydrogen not only faces big production challenges but is also difficult to store and transport. It remains almost prohibitively expensive. “The real question is cost,” said Robin Mills, chief executive of the Qamar Energy consultancy. “Are customers willing to pay a premium?”

Saudi Arabia has “excellent solar and wind resource, available land, well-sited to export to Europe. So (the) fundamentals are good, ”he added. “I’m not saying KSA does not have the capabilities, just that they now need to demonstrate them.”

Many other countries also have high hopes for hydrogen. Russia is aiming for 20 per cent of the hydrogen market by 2030, while the United Arab Emirates has announced its own hydrogen plant and intention to gain a 25 per cent market share by 2030. Oman, Morocco and Egypt have all announced plans for plants.

The UAE is Saudi Arabia’s neighbor and close ally, but the two rivals in oil production are also in an emerging competition that is extending to hydrogen production and exports.

Video: Hydrogen: how to harness a superfuel

In September 2020, Saudi Arabia became the first country to export ammonia – an easily transportable way of storing hydrogen – to Japan. A year later, the Abu Dhabi National Oil Company announced its own inaugural shipment. “We’ve seen that they’ve [ Saudi Arabia] pushed to establish themselves as being the leader, ”said Araman. “And every time they do this Adnoc just follows immediately with even more firepower.”

The colors of the hydrogen rainbow

Blue hydrogen Produced using gas but with carbon emissions being captured and stored, or reused. Negligible amounts in production due to a lack of capture projects.

Gray hydrogen This is the most common form of hydrogen production. It comes from natural gas via steam methane reformation but without emissions capture.

Brown hydrogen The cheapest way to make hydrogen but also the most environmentally damaging due to the use of thermal coal in the production process.

No sign Putin has stopped his ‘march towards war’: Ex-U.S. ambassador