Canada, US and UK move to strip Russian representative of IMF board title 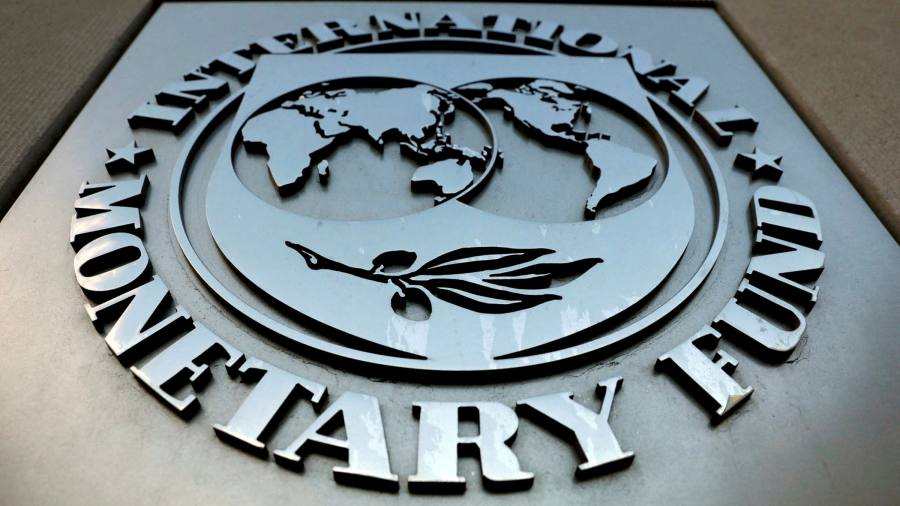 Canada, the US and the UK want Aleksei Mozhin, Russia’s representative at the IMF, to relinquish or be stripped of his title as honorary head of the executive board of the multilateral lender, due to the invasion of Ukraine.

According to people familiar with the matter, Canada first proposed that Mozhin give up the title of dean of the IMF board during a meeting on February 25, a day after Russia unleashed its attack. The US backed the effort during the same meeting and the UK is also supportive of his removal from the position, the sources said.

The role of dean of the executive board – which Mozhin has held since 2015 – is a largely honorary title conferred to the longest serving member, which carries no official responsibilities or authority. The managing director of the IMF – currently Kristalina Georgieva – chairs the board and is responsible for calling meetings, setting the agenda and facilitating the discussion.

However, when the board is searching for a new managing director, or questions arise about a sitting one, as was the case last year when Georgieva was accused of manipulating data on behalf of China during her time at the World Bank – the dean steps in occasionally to speak for the board. For some IMF members, having Mozhin perform even those limited ceremonial tasks on behalf of the board in the wake of Russia’s assault on Ukraine has become unacceptable.

“On an operational basis [the role] is kind of irrelevant, ”said a former senior IMF official. “But these are unusual times and certainly the signaling aspect of not having a Russian be in that slot would be meaningful.”

Mozhin did not respond to a request for comment on his intentions. He has shown no willingness to give up the title, people familiar with the matter said, and it is unclear whether there is a mechanism to remove him from the role or if there is enough support for that. The IMF declined to comment.

The bid to strip Mozhin of his title is part of a broader effort by western nations and many others in the international community to isolate and punish Russia for the attack on Ukraine – from economic sanctions to condemnation within multilateral institutions.

Within the IMF, a much more significant step would be to try to deny Russia its voting rights on the board, but this would require overwhelming support within the board as well as an assessment that Moscow had failed to meet its obligations to the Fund based on economic and financial criteria, which could be hard to prove.

Russia’s share of voting power at the IMF is 2.59 per cent, compared with 16.5 per cent for the US. Meanwhile, some western IMF members have been weighing how to deny Russia the ability to convert $ 17bn in special drawing rights, a form of reserve asset issued by the IMF, into hard currencies like dollars, euros or yen, to circumvent the sanctions placed on its central bank.

“The US is committed to taking all measures to prevent Russia from benefiting from its holdings of IMF SDRs,” a US Treasury official told the Financial Times, adding that Moscow “would face significant, even insurmountable, hurdles to use its SDRs.”

“The United States and our partners, comprising the vast majority of available counterparts in the IMF’s SDR transactions system, will not undertake SDR exchanges with Russia.”

While handling Russia’s presence as an important IMF shareholder has been tricky for the Fund in light of the war, it has not been shy about expressing support for Ukraine. Georgieva this week joined David Malpass, president of the World Bank, in saying their institutions “stand with the Ukrainian people through these horrifying developments”, “are working together to support Ukraine on the financing and policy fronts and are urgently increasing that support”.

Ukraine agreed to a $ 2.8bn IMF program last November, after a testy time with the IMF pushing the Kyiv government to enhance the independence of its central bank and tackle corruption.

The IMF declined to comment on the push to remove Mozhin as dean of the board.

Mozhin first arrived at the IMF just after the collapse of the Soviet Union in 1992 as an alternate executive director, becoming Russia’s main representative in 1996.

In 2007, before becoming dean of the board, he spoke out publicly against the nomination of Dominique Strauss-Kahn to lead the Fund, saying he lacked the technical skills for the job. After Strauss-Kahn was forced to step down in 2011, Mozhin said that the IMF should abandon the convention of having its managing director be European.

In 2018, while Christine Lagarde, the IMF chief at the time, was visiting Saint Petersburg, Russia, including a meeting with President Vladimir Putin, Mozhin took her on a tour of the city.

Ukraine urges US to send warplanes to Poland and other allies