Chamber of Commerce in GOP cross-hairs as ‘woke capitalism’ targeted 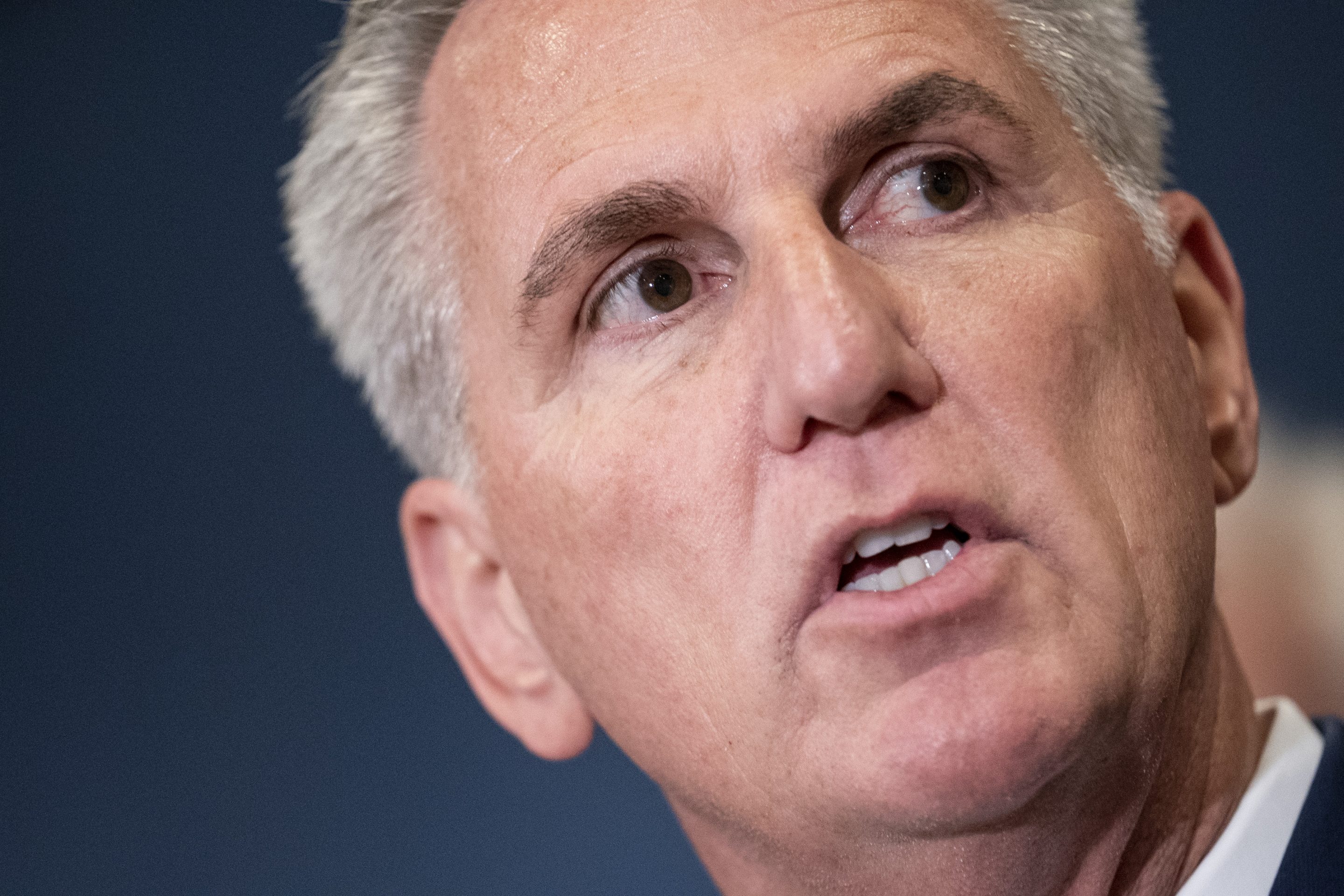 Republicans and their longtime corporate allies are going through a messy breakup as companies’ equality and climate goals run headlong into a GOP movement exploiting social and cultural issues to fire up conservatives.

The ensuing drama will unfold over the next two years in the US House, where the incoming GOP majority plans to pressure companies on immigration, equality and climate change stances that are now being assailed by key Republicans as “woke capitalism.”

Most directly in the GOP cross-hairs is the US Chamber of Commerce, which is under pressure from likely House Speaker Kevin McCarthy to replace its leadership after the nation’s biggest business lobby backed some Democratic candidates.

As the conflict simmers, the California Republican and his top lieutenant, Steve Scalise, have refused to meet with Chamber representatives, according to a person familiar with their thinking. And rank-and-file Republicans are largely disregarding the once influential “key vote alerts” the Chamber distributes, a former senior Republican aide said.

The confrontation has spread beyond Washington, with Florida Governor Ron DeSantis building a national brand and possible 2024 presidential campaign on opposition to corporate environment, sustainability and governance investing policies. He has singled out PayPal Holdings Inc. in his battle against ESG and punished Walt Disney Co., which operates its Walt Disney World theme part near Orlando, after it criticized a law limiting school instruction about gender identity and sexual orientation.

Divisions between populist Republicans and big business are rooted in President Donald Trump’s attacks on executives such as General Motors Co.’s chief executive officer, Mary Barra, Merck & Co. Chairman Kenneth C. Frazier, and Amazon.com Inc.’s Jeff Bezos. When companies suspended campaign donations after the Jan. 6 Capitol insurrection to Republicans who denied the result of the 2020 presidential election, the rift widened, even though many businesses have since resumed their giving.

With Trump mounting his third presidential campaign and DeSantis positioning himself as a potential rival, the discord between corporate interests and conservatives threatens to intensify.

Interviews with lawmakers, lobbyists and former congressional aides highlighted the growing tensions with a new crop of Republicans more focused on social and cultural issues than business priorities.

“All of those companies are going to have a hell of a time getting back into the good graces of Republicans,” said John Feehery, a veteran House Republican aide who is now a partner with the lobbying firm EFB Advocacy.

Corporations and their representatives in Washington are meeting with incoming Republicans, typically a friendly formality after an election. Yet some of the sessions aren’t going well this year, according to one lobbyist for a business association who asked not to be identified discussing private conservations.

The issue, this person said, is the incoming freshman class has deep-rooted opinions and little experience with trade policy, the debt limit or the policies surrounding ESG.

More than half of the Republicans who were in Congress in 2017 won’t be in office when the next Congress is seated in January. Some key allies of the business community, including Senator Rob Portman of Ohio and the House Ways and Means Committee’s top Republican, Representative Kevin Brady of Texas, are retiring.

Indiana Representative Jim Banks, the head of the conservative Republican Study Committee who took office in 2017, characterized the split as a divorce and asserted that his party is much healthier now. Republicans, he added, can now focus on American workers and distance themselves from ESG efforts, which he called a “scam” that hurts America and helps China.

At the Chamber, the board has publicly backed president and chief executive officer Suzanne Clark amid McCarthy’s private calls for her ouster for, among other things, the group’s endorsing more than a dozen Democrats in the midterm elections.

The feud, brewing for years over trade, immigration and other policy disagreements, quickly escalated days before the Nov. 8 elections when the Chamber backed Representative Abigail Spanberger, a Virginia Democrat and a top Republican election target. A Chamber executive even appeared with Spanberger in her district and another donated $1,000 to her campaign. She narrowly won re-election, helping limit the GOP’s midterm gains.

Clark, in a statement, struck a positive note.

“We are optimistic that the new majority in the House will seize this opportunity to fight inflation and crime, rein in regulation and hold agencies accountable through oversight, and put our economic security front and center,” she said.

But within Republican circles, the Chamber’s moves were considered a betrayal, and one not soon forgotten, a former Republican congressional aide said. Only a grand political gesture from the Chamber could repair the relationship, the person added.

A more conservative alternative to the Chamber, the American Free Enterprise Chamber of Commerce, is rushing to fill the void with its focus on deregulation and lower taxes. However, it’s unclear that the Iowa-based group, which charges $99 annual dues, will amass the membership or financial resources to match the US Chamber’s influence.

The Free Enterprise Chamber did not respond to multiple requests for comment.

But grassroots outreach has helped populist Republicans flourish, and they may not miss the Chamber’s reach or its war chest.

“This is going to be the new normal, and that’s a good thing,” said Vivek Ramaswamy, the author of “Woke, Inc.: Inside Corporate America’s Social Justice Scam.” “You don’t want any political party to be in lockstep with the captains of industry.”

For moderate Democrats like Spanberger, the rift gives them a chance to bolster ties to corporations looking for new political alliances.

“For businesses, weathering these attacks requires strengthening relationships with all of their stakeholders so they aren’t left vulnerable to policy makers,” said Stacy Kerr, a former aide to House Speaker Nancy Pelosi, who now advises companies.

Divided government brings gridlock and neither party will likely get much legislation enacted. But House Republicans will now have the authority to haul in executives for public testimony.

“While Republican committee chairs in prior years may have thought twice before taking on private-sector targets, the incoming chairs are likely to conduct vigorous oversight of the private sector,” said Alyssa DaCunha, who advises companies on congressional investigations at Wilmer Cutler Pickering Hale & Dorr LLP. “They are prepared to deploy more aggressive investigative techniques.”