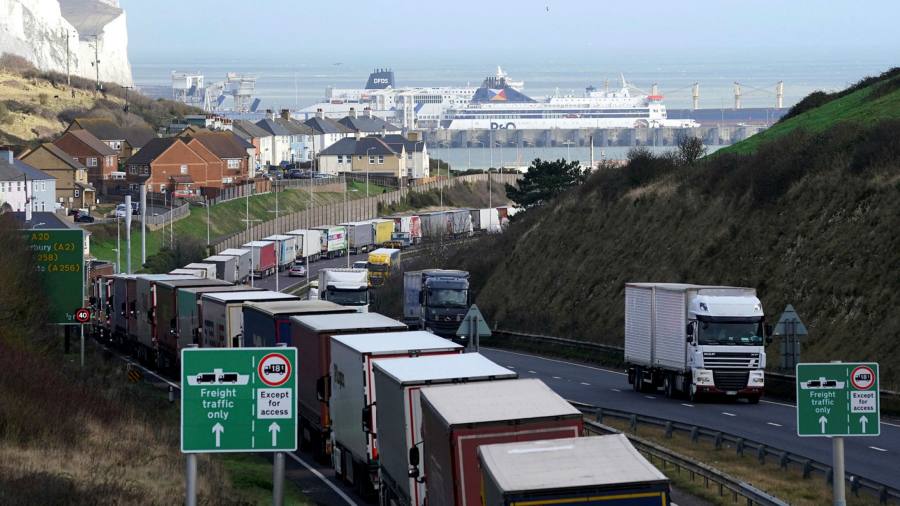 Channel ports such as Dover could “grind to a halt” for both traders and travelers this summer as a result of post-Brexit border controls, the UK’s leading logistics trade body has said.

The warnings followed the publication on Wednesday of a House of Commons report that was highly critical of the government’s management of the UK border after Brexit, accusing it of “overpromising” and failing to hit its own deadlines.

Logistics UK, the trade body, said that EU biometric border controls due to be introduced this year would create long delays unless EU and UK authorities worked together to resolve urgent issues with the new system.

Sarah Laouadi, the organization’s head of European policy, said the forthcoming Entry / Exit System could have “a severe impact” on waiting times at the Channel ports of Dover and Folkestone.

She cited independent modeling that projected queues of up to 29 miles as a result of potential delays caused by new controls.

“The new EES passport checking system needs urgent attention, as it would currently require drivers to leave their vehicles and cross live traffic lanes in ports and terminals to undergo passport checks.

“Not only would this create safety risks but it will have a severe impact on the time it takes to cross the border and knock-on effects on traffic flows on both sides of the Channel,” she said.

The 27-page report from the Commons public accounts committee said the government had promised that Brexit would free British businesses, enabling them to maximize productivity, but the reality had proved very different since January 2021.

“The only detectable impact so far is increased costs, paperwork and border delays,” said Dame Meg Hillier, who chairs the committee. “It’s time the government was honest about the problems [of Brexit] rather than overpromising. ”

William Bain, the head of trade policy at the British Chambers of Commerce, said the report reflected the “lived experiences” of small businesses. A BCC membership survey found last year that 60 per cent of companies thought shipping goods to the EU had become more difficult.

The BCC has set out five areas in which it wants the government to improve the Trade and Cooperation Agreement, including seeking additional deals with Brussels to simplify VAT issues and reduce checks on agrifood products.

Bain also echoed warnings over the introduction of the Entry and Exit System. “The risk of outbound delays on good movements could well persist and must be averted in plenty of time before the autumn,” he said.

Since January, the government has started to phase in new customs controls on imports from the EU into Great Britain. It will introduce further physical checks on inbound plant and animal products, starting in July.

The government has promised that it will create the “world’s most effective border” by 2025 as part of plans to digitize border processes, but the public accounts committee expressed skepticism that the government was on track to deliver it.

The report described the government digital border strategy as a “noteworthy ambition” but judged that it was “optimistic”, given current progress. “We are not convinced that it is underpinned by a detailed plan to deliver it,” it added. 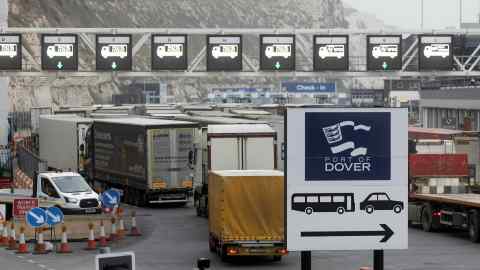 The public accounts committee also demanded that the government did more to assist small and medium-sized enterprises that were least able to absorb the new costs imposed by meeting post-Brexit border bureaucracy.

Logistics UK expressed concerns over the lack of information on the border inspection posts that will open in July, and on which products will be processed at which posts. “This information should be available by now,” Laouadi added.

The government said it believed that traders had “adapted well” to the introduction of new customs controls from January 1, adding that there had been “minimal disruption” at the border, with freight “flowing effectively” through UK ports.

“We are continuing to ensure that businesses get the support they need to trade effectively with Europe and seize new opportunities as we strike trade deals with the world’s fastest-growing markets,” it added.