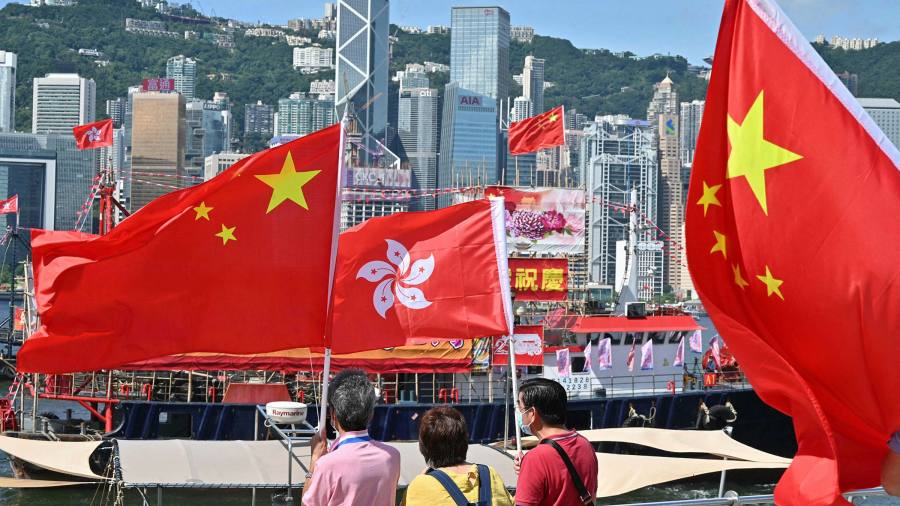 President Xi Jinping has ventured outside mainland China for the first time since the Covid-19 pandemic erupted in January 2020, arriving in Hong Kong on the eve of the 25th anniversary of the former UK colony’s return to Chinese sovereignty.

Chinese and Hong Kong security services are on heightened alert for Xi’s two-day trip. Ahead of the president’s arrival in a city that was rocked by pro-democracy protests in 2019, no-fly zones have been imposed over large areas and the People’s Liberation Army garrison in Hong Kong has boasted of its combat readiness.

In an interview published just days before Xi’s visit, Hong Kong garrison chief Major General Peng Jingtang said the PLA was boosting its defense capabilities in the territory. PLA forces in Hong Kong will be ready for combat in the “toughest and most complicated” fights, Peng told the official Xinhua news agency.

As an indication of those security jitters, Xi will spend the night in Shenzhen before returning to Hong Kong on Friday morning to preside over the swearing in of John Lee, the territory’s next chief executive, according to people familiar with his itinerary.

“The high-level security deployment has reflected Beijing’s growing concern over national security as well as the safety of state leaders at the highest level,” said Willy Lam, a political analyst at the Chinese University of Hong Kong.

Xi’s visit will probably be free of protests after democracy activists were warned by national security officials to stay at home. Many opposition figures are already in jail or exile. Before the imposition of a strict national security law on Hong Kong in June 2020, the annual July 1 handover anniversary was often marked by large pro-democracy protests.

As well as closures of roads, bridges and other transport facilities, police said drones were banned across Hong Kong and in Shenzhen, while a no-fly zone covered areas across central Victoria Harbor.

Xi last visited Hong Kong in 2017 when Lee’s predecessor, Carrie Lam, began what proved to be a tumultuous term. As with the three China-appointed chief executives before her, Beijing did not allow Lam to serve two five-year terms – the maximum allowed under Hong Kong’s Basic Law, or mini-constitution.

At least 10 journalists from local and foreign media outlets, including news agencies Agence France-Presse and Reuters, have been banned from official events related to Xi’s visit this week over “security concerns”, the Hong Kong Journalists Association said.

“The restrictions, which came all of a sudden. . . and the unclear criteria for rejecting journalists from [attending the events] have seriously damaged Hong Kong’s press freedom, ”the HKJA said. Hong Kong’s Foreign Correspondents ‘Club and the Hong Kong News Executives’ Association also raised concerns over the bans.

“The purpose is to ensure maximum safety,” Regina Ip, incoming convener of Lee’s de facto cabinet, told the Financial Times. “There is no targeting of any particular media or individuals.” 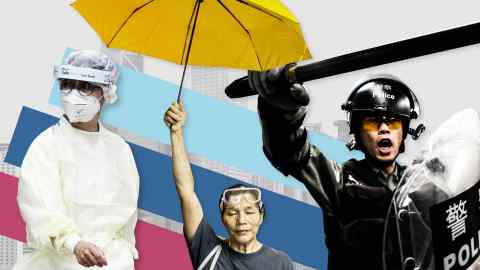 Hundreds of guests, including officials, lawmakers and school children, were ordered into strict hotel quarantine before the events amid a surge in Covid-19 cases. More than 2,000 new infections were reported in Hong Kong on Wednesday.

Some envoys who were invited, including from the British consulate, will not attend because of the requirements, according to people familiar with the matter.

“Xi is likely going to offer carrot and stick to Hong Kong during his trip, with an emphasis on safeguarding national security and the principle of ‘patriots administering Hong Kong’,” said Chinese University’s Lam. “There could be new policies to help revive the city’s economy.”

Chinese national and Hong Kong flags have been hung along some city streets in an effort to create a festive atmosphere.