China defies Covid and condemnation to pull off Winter Games 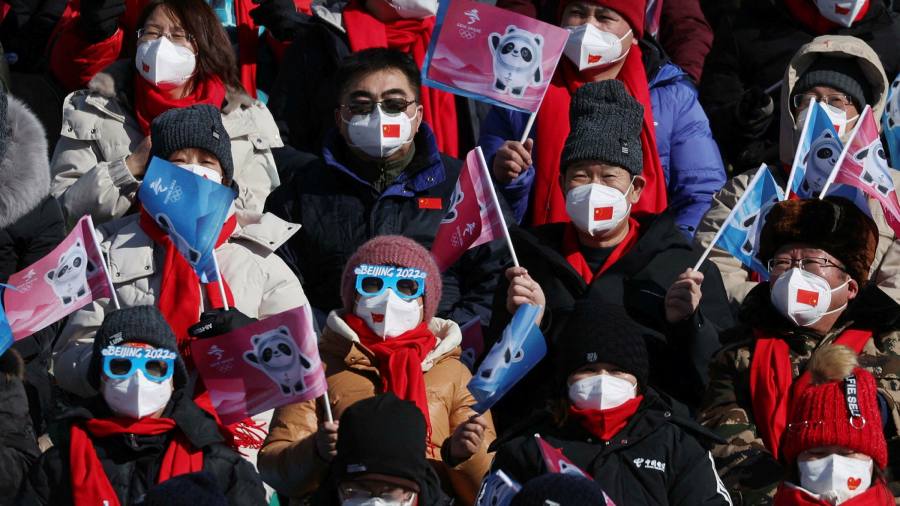 Something remarkable was unfolding on the ski slopes and ice rinks in and around Beijing as the Winter Olympics approached the end of its sixth day.

By Wednesday evening, Chinese athletes had pocketed three gold medals, trailing only Norway and Sweden. By contrast, their US counterparts, traditionally big winners at winter sport competitions, had yet to win a single event.

The rivals’ initially divergent fortunes were reflected in the performances of some of their most hyped athletes. While California-born Eileen Gu snatched a dramatic freestyle skiing gold for China in the big air event, US champion skier Mikaela Shiffrin crashed out of two slalom events.

By Friday, the US had four golds, and China was seventh on the overall medals table.

President Xi Jinping said before the Games opened on February 4 that he “did not care” how many gold medals his country won, but it appears that Chinese athletes will surpass their record Winter Games haul of 11 medals at Vancouver in 2010. When Beijing hosted the Summer Olympics 14 years ago, Chinese athletes took home 100 medals.

Unlike the 2008 Summer Games, the Olympic venues this year are not thronged with flag-waving Chinese supporters. The coronavirus pandemic has forced the Games to be held within a carefully managed “bubble” designed to contain any infections brought into the country by athletes and officials.

But there is a palpable sense of pride as Chinese athletes exceeded expectations and Beijing’s genius for managing big events is put on international display.

“I watched the opening ceremony and was really moved when the Olympic rings rose up together,” said Zai Ji’er, a Beijing resident in her mid-40s. “I have really been looking forward to the Games. Since 2008 our nation has gotten stronger, as everyone can see. ”

Wang Yiwei, an international relations professor at Renmin University in Beijing, said that hosting the Winter Olympics was in keeping with “the Chinese people’s yearning for a better life”.

“More and more young people have begun to engage in winter sports,” Wang added. “It reflects the fact that China is getting richer.”

“I ski almost every weekend – I’m addicted,” said Michael Jiang, a 27-year-old Beijing resident who recently took up the sport. “I also love watching it, especially freestyle, and I love Eileen Gu.”

In addition to the early achievements of China’s athletes, Beijing could boast about the success of the bubble, which had dissipated fears that the event might spark an outbreak in the capital just weeks before the country’s parliament convenes for its annual session in early March. An out-of-control outbreak in Hong Kong has demonstrated just how difficult it is to stay ahead of the fast-spreading Omicron variant.

On Friday Chinese officials reported just 11 new cases at the Games, which opened on the same day that the US death toll from the two-year pandemic hit 900,000 compared with fewer than 4,900 in China.

On Tuesday, organizers said they would relax restrictions to allow more people from outside the bubble to attend events, where they sit in zones separated from those inside the bubble. After the Games finish on February 20, Chinese athletes, officials and staff will have to complete three-week quarantines before being allowed to return home.

“China has the ability to mobilize overwhelming resources to make sure the Olympics runs smoothly,” said Yun Sun, a China expert at the Stimson Center in Washington. “We all know the capacity of [its] authoritarian government. ”

The Chinese government also struck a defiant note during the torch relay, which included a People’s Liberation Army soldier involved in a clash with Indian troops in 2020. The relay concluded with the cauldron being lit by Dinigeer Yilamujiang, an ethnic Uyghur cross-country skier from the northwestern region of Xinjiang. Human rights critics have dubbed this year’s Winter Olympics the “genocide Games” because of the Chinese government’s mass internment of Uyghurs over recent years.

“One has to think they would have anticipated that in the current political context, choosing a Uyghur athlete for the final leg of the relay would be seen as an intentional statement,” said Susan Brownell, an expert on China’s sports system at the University of Missouri-St. Louis.

According to Victor Gao at the Center for China and Globalization, a government-affiliated think-tank in Beijing, the Chinese government is now far less concerned about foreign criticism than it was in 2008.

“China was eager to prove itself at the 2008 Olympics,” he said. “In 2022 China does not have to prove anything. China is what China is, like it or not.

From slacker to sellout: my ’90s salad days