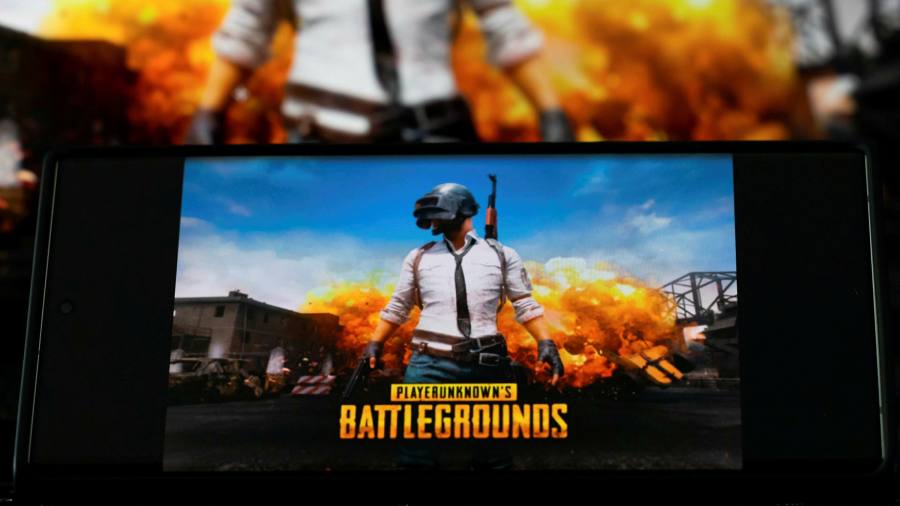 Pressure from Chinese rivals has wiped $ 20bn off the market value of South Korea’s top game companies, with the developer of global hit PlayerUnknown’s Battlegrounds leading the slump.

The poor performance of new releases has prompted Korean game makers to shift their focus to “play-to-earn” games with digital coins and non-fungible tokens to generate revenue.

The combined market capitalization of 29 South Korean game companies listed on the Korean stock market has fallen by Won25.2tn ($ 21bn) this year, down 30 per cent from the end of last year, according to market researcher FnGuide.

The slide has been led by Krafton, the Tencent-backed group behind the global hit game PUBGwhich went public in August in the country’s largest initial public offering last year.

The stock is now trading at nearly half the IPO price, after its fourth-quarter operating profit missed the market consensus by more than 80 per cent. Battleground’s next-generation version New State has failed to gain traction after launching in November.

In order to drive growth in the market, many game makers are racing to issue digital coins to fund their expansion and launching play-to-earn (P2E) games using blockchain technology and NFTs to attract new users.

“The deteriorating earnings have forced them to rethink their existing ‘pay-to-play’ business model as the excessive charging model of MMORPG [online role-playing] games has sparked a strong backlash from users, ”said Angela Hong, an analyst at Nomura.

Korean game shares rallied late last year on high expectations for the industry’s new business model of P2E games, but they had “failed to meet the hype” and generate revenue, Hong added.

WeMade, the first Korean developer of P2E games, saw its stock price rocket 362 per cent last year after the overseas launch of Mir4, a fantasy role-playing battle game. It was unable to release the game domestically because of a ban on speculative games.

But Mir4‘s global sales failed to meet market expectations, though the company made a handsome net profit of Won425bn in the fourth quarter partly by selling its own digital coin WeMix.

Following the lead of WeMade, more game developers such as Kakao Games, Netmarble and Com2uS are rushing to create their own digital tokens and to secure a P2E ecosystem, where players can make money in various ways in the game using blockchain technology.

Netmarble plans to introduce a string of blockchain-based games this year, starting with A3: Still Alive next month, to revive stagnant revenue growth.

NCSoft, the publisher behind the popular Lineage series, plans to generate user traffic by launching its first NFT-based Lineage W in North America and Europe.

Game developer earnings were also hit by growing costs as a result of more spending on attracting and retaining talent. A boom in pandemic business led to a shortage of developers in South Korea.