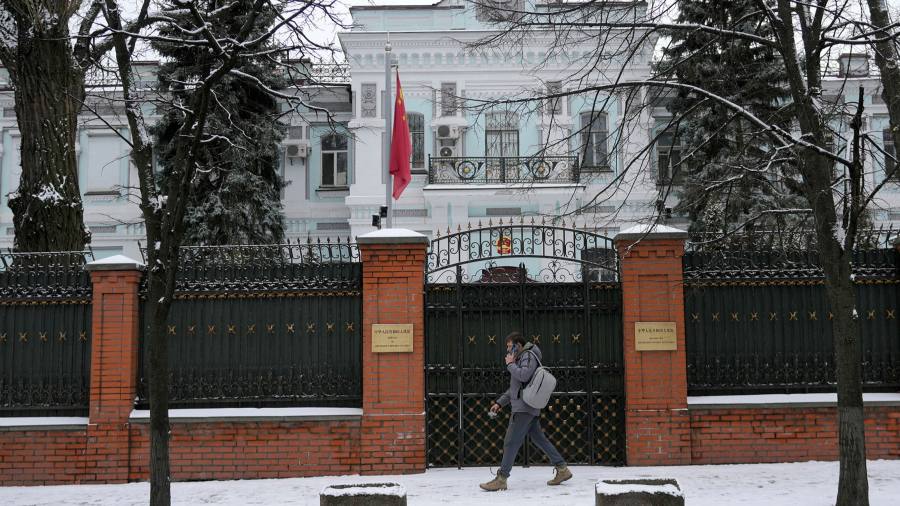 For hundreds of Chinese students in Kyiv, the sound of Russian artillery is not the only thing that makes them scared.

“I dread every time I have to go into the shelter because the locals are hostile now,” said a Chinese student at Kyiv university who only gave her surname, Wang. She said her “window panes rattle every time when something nearby is hit” and it was better to seek safety with local Ukrainians. “But that has now become very uncomfortable.”

A refusal by Beijing to criticize Russia for its invasion of Ukraine and a wave of mockery of Ukraine and glorification of Russian military might on Chinese social media are giving China a bad name in Ukraine, and threatening to derail what Beijing has called a “strategic partnership ”.

Following a call between Chinese foreign minister Wang Yi and his Ukrainian counterpart Dmytro Kuleba on Tuesday night, the Chinese foreign ministry said Ukraine “looked forward to Chinese mediation efforts for a ceasefire”. But Beijing also urged Ukraine to ensure the safety of Chinese citizens in the country.

Since Friday last week, a growing number of Chinese who live in Ukraine have reported incidents of hostility from Ukrainians and some say they have even been attacked.

In a video published by state broadcaster CGTN, a Chinese student in Ukraine identified as Xu Xianghui said she had been followed in the street and then threatened in a supermarket. Wang said an acquaintance of hers who worked at a Chinese restaurant was “called names” when buying cigarettes at the weekend.

“This is the consequence of not opposing invasion!” an internet user under the name Tianya wrote in a comment on the Xu Xianghui video on Weibo, the Chinese microblog site. Another commenter wrote: “Stop insulting the Ukrainians already, we out here in Ukraine are paying the price.”

The reports of hostility towards Chinese people came after jokes insulting Ukraine appeared on Chinese social media last week. “If some Ukrainian beauty has lost her home and needs a home, maybe I can help!” said one post.

Others said Ukraine “deserved” to be invaded because it had sided with the west, while others celebrated Russia’s attack on the country as an example of a heroic act by a great power, which they hoped to soon see repeated in a Chinese attack on Taiwan .

Following the string of incidents, Beijing is now hurriedly evacuating its citizens from Ukraine. The first 600 evacuees were taken to Moldova on Monday, according to state media. Wang was among another 1,000 waiting to leave for Slovakia and Poland on Tuesday.

The Chinese embassy in Kyiv last week initially recommended Chinese citizens in Ukraine keep themselves safe by prominently displaying the Chinese flag. But it adjusted its guidance at the weekend and told compatriots to keep a low profile. “Do not reveal your identity or display identifying signs at will,” the embassy said in a message on WeChat early on Saturday.

“It is safer now to pretend you are Japanese,” suggested one internet user on a Chinese social media site. 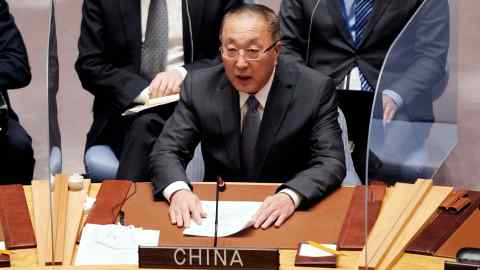 But observers said even if China could safely bring its citizens home, the country was likely to incur long-lasting damage in its standing in Ukraine and the region from its tacit support for Russia’s war.

“We completely understand that China is somehow backing Russia. They are not officially saying that they are backing Russian aggression, but in their rhetoric, they do, ”said Yurii Poita, an expert on Ukraine-China relations at the Center for Army, Conversion and Disarmament Studies in Kyiv.

“People here do not have time right now to read much about this because they are fighting. But they will take into consideration these cruel jokes from Chinese and the behavior of the Chinese government, and after this war, Ukraine clearly understands who our real friends are, ”he said. “In the future, co-operation with China will probably be limited.”

Such views undermine a relationship China had elevated to the level of a “strategic partnership” and had hoped to use to broaden its economic pivot into Europe, with bilateral trade rising to $ 18.9bn last year. “There has been widespread optimism regarding the future of our relations,” said Zhao Mingwen, a former Chinese diplomat and expert in China’s relations with eastern Europe at a think-tank backed by the foreign ministry. “Bilateral trade hit the highest mark since 1991 last year, and is still growing by up to 40 per cent,” he said.

Since 2013, Chinese state-owned companies have invested in pig farming, feed production and related export infrastructure in Ukraine, and Ukraine has become the country’s largest source of corn imports.

“Ukraine is smack in the middle of a corridor into Europe, a large country which was interested in engaging with China,” said Elizabeth Wishnick, an analyst specializing in China-Ukraine relations at CNA, the Washington think-tank. “Now China’s relationship with Ukraine will change.”