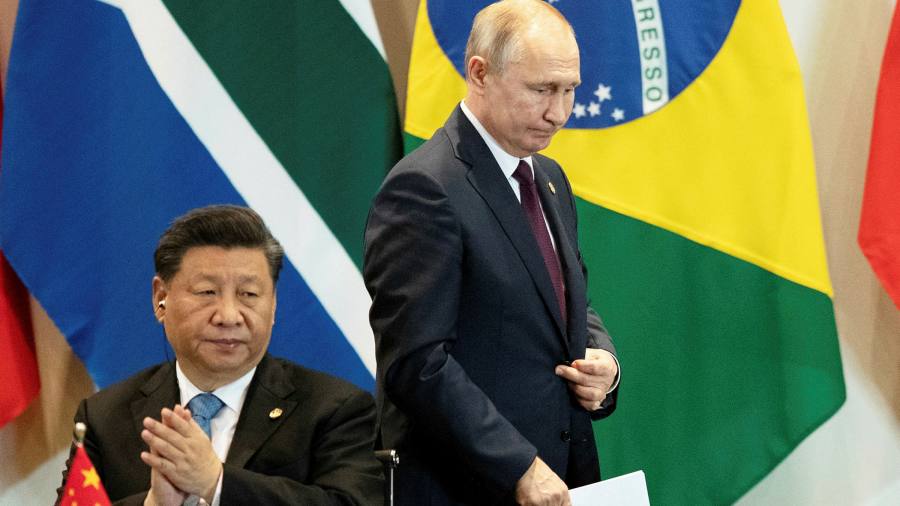 China’s biggest smartphone makers are slashing their shipments to Russia because of the rubble’s collapse and western sanctions despite pressure from Beijing to support Vladimir Putin after his invasion of Ukraine.

The cutbacks, led by Huawei and Xiaomi, show that efforts by China’s president Xi Jinping and his counterpart Putin to build a close personal relationship are not shielding Chinese groups from the economic fallout of the war. The sanctions are also making it difficult for Chinese companies to exploit opportunities created by an exodus of western groups from Russia.

Shipments from leading Chinese smartphone producers Xiaomi, Oppo and Huawei have fallen by at least half since the outbreak of the war, people familiar with the matter said. Chinese brands comprise about 60 percent of the Russian smartphone market. Xiaomi and Huawei did not comment. Oppo was not immediately available for comment.

“It is politically sensitive to openly announce a sales suspension in the Russian market like Apple and Samsung,” said one former Xiaomi executive, referring to Beijing’s support for Moscow. “But from a business perspective, it makes [sense] to stand by and watch what happens next. ”

In a sign of further fallout from the war for Huawei, two British directors of its UK business resigned from the board on Wednesday. Huawei confirmed the move by Andrew Cahn and Ken Olisa amid reports that the pair quit because the Chinese telecoms giant has failed to publicly criticize the Russian invasion.

Chinese factories making everything from smartphones to air conditioners have counted on Russia in recent years for their overseas growth, gaining a strong foothold in the country of 140m people. Bilateral trade hit a record high of $ 146bn last year with China accounting for about 14 percent of Russian imports, including almost all electronic goods.

Within days of Russia’s assault on Ukraine, western companies pledged to cut ties with Moscow – among them BP, Apple, Nike and Netflix – to avoid reprisals stemming from any association with the Kremlin.

But the more than 35 per cent plunge in the ruble against the dollar since the invasion has also made it difficult for Chinese companies to sell their products in Russia without incurring a loss. They need to charge Russian customers a much higher price in rubles to make up for the exchange rate, yet that is difficult given the deteriorating economy.

“You need to set a new price every day in order to avoid making losses,” said Ivan Lam, a Hong Kong-based analyst at Counterpoint Research, a consultancy.

Lam added that many Russian smartphone distributors have stopped placing new orders with Chinese manufacturers because of the exchange rate risks.

“It is very risky to operate in Russia right now,” said one former Huawei executive who has worked in Moscow.

According to experts, the risk of secondary sanctions being imposed on China was also expected to grow as the war dragged on if the US believed Beijing was significantly undermining efforts to punish Russia.

Beijing was thinking “very seriously about the potential costs of embroilment in Russia’s confrontation” despite “considering most restrictions imposed by the US and its allies as illegitimate”, said Andrew Gilholm, the head of China analysis at Control Risks, a consultancy.

The former Xiaomi executive said the nation’s technology industry expected the impact of US-led sanctions on Russia to ultimately be as severe – if not more so – as US actions against Iran.

“A lot of US-made goods, including even small parts, could be banned from being shipped to Russia while a violation of the rules may lead to another Meng Wanzhou incident,” said the executive, referring to the Huawei chief financial officer who was detained in Canada on allegations she misled banks into breaching sanctions against Iran.

Zhan Kai, a Shanghai-based lawyer at East & Concord Partners who has advised Chinese companies on their Russia operations, said he had received an influx of inquiries on the new sanctions.

“The Russia-related sanctions are still not very clear and a lot depends on enforcement, on which the US government has a lot of leeway,” he said.

The Huawei UK resignations also highlight the high reputational stakes for Chinese companies from Beijing’s failure to condemn Putin’s war. Despite strong international opposition to the war, Beijing has refused to condemn Putin for the invasion. Instead China has pledged “normal” business and trade ties with Russia. Chinese brands have not left Russia en masse.

Félix Boudreault, managing director of Sustainable Market Strategies, an ESG investment research group, warned that asset managers might increasingly apply “geographical divestment criteria” to investments in China and Russia, as they have done for fossil fuels and weapons companies.

Great Wall Motor and Geely, two of China’s biggest carmakers, said they had no plans to immediately suspend their operations in Russia, a signal that some Chinese groups retained long-term ambitions in the market despite the toughening business conditions.

“The foreign brands leave this vacuum but the Russian consumers are probably in no shape to buy the Chinese goods that will fill that vacuum,” said Tu Le, managing director of Sino Auto Insights.

Policymakers are assessing how China-Russian trade can be financed, after the west imposed sanctions on Russia’s central bank and cut Russia from the Swift international payments system. While Beijing has for years touted Cips, a renminbi-based payment system, as a replacement for dollar-powered Swift, progress has been slow. 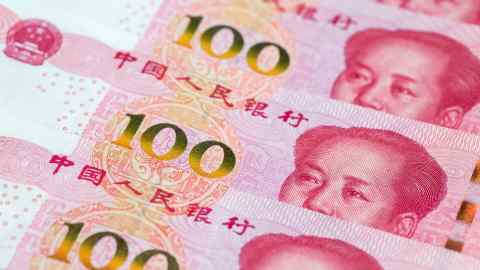 Multiple Chinese companies have reported increased use of renminbi payments by their Russian clients but complain of problems.

“It takes at least two weeks to open a renminbi account at the Bank of China Moscow branch because of a surge in demand,” said John Jin, overseas sales manager at a Huizhou-based toy company with Russian clients.

An executive at Wuhan Zoncare Bio-medical Electronics Co, a medical equipment maker, said many Russian clients have canceled their orders as the Swift ban made it difficult for them to make dollar or euro payments. Most Russian banks did not provide renminbi payments or did not have enough Chinese currency in hand.

“We believe the Russian market bears a lot of potential and the country will need Chinese products more than ever after the war,” said the executive. “But for now, we will wait for better timing to enter the country.”

Additional reporting by Emma Zhou and Maiqi Ding in Beijing