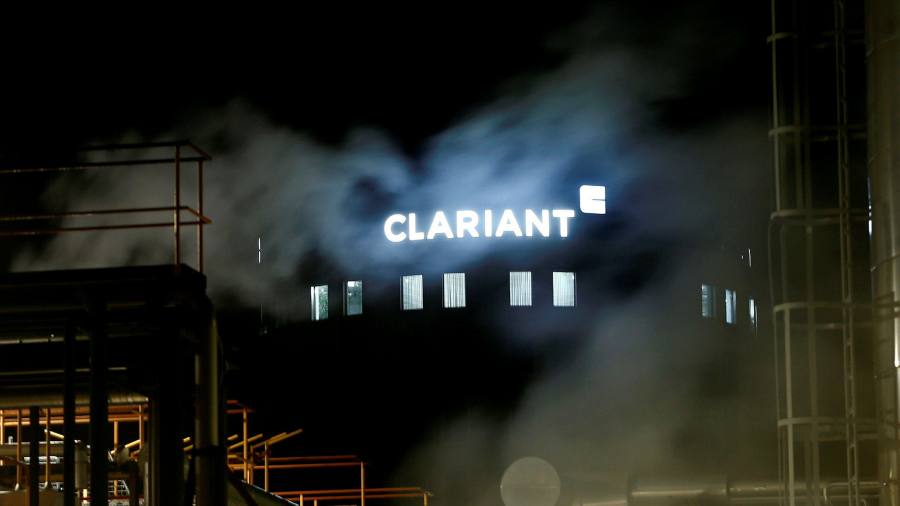 Clariant should know something about reactions – of the chemical kind. But the response it received on Monday had a more explosive nature. The Swiss chemicals group said it was delaying publication of last year’s results, pending an investigation into accounting irregularities. Its shares plummeted 16 per cent.

The sketchy information released hardly illuminates the situation. The investigation follows allegations by internal whistleblowers and will determine whether employees incorrectly booked provisions and accruals to influence reported profits.

Cash flow generation may – in the end – be unaffected, though the risk of reputational damage could send a chill through some bullish shareholders. However, its largest investor will not flinch so easily.

For now, management has yet to change its sales and profit targets. Sales last year should still return to roughly 2019 levels. Clariant also remains confident that ebitda margins will be within its previous 16 per cent to 17 per cent guidance. However, without a completed review of the complaints presumably, all Clariant’s targets may also receive further scrutiny. The fact is that its auditors PwC have not signed off on last year’s accounts.

Prior to this revelation, shares traded around 19 times next year’s earnings, in line with the wider European sector. Although, its share price had outrun peers such as BASF and EMS Chemie in the past six months.

Some of that excitement is because of Clariant’s push into biofuels. Its Sunliquid plant in Romania hopes to harness second-generation biofuel technology, produced from non-food crops. The refinery, which was completed last year, will convert straw into ethanol. Licensing the technology and supplying the chemicals for the process will drive future income.

But Clariant has a big backer, state-owned oil producer Saudi Aramco via its chemical subsidiary, Sabic. The latter acquired the stake in 2018, prior to Aramco’s takeover, as a show of support for its supplier when a takeover by US group Huntsman fell through. An activist opposed the deal.

With just under one-third of the shares and Aramco’s predilection for long-term investments, at least that part of Clariant’s register should remain loyal. This should provide some comfort to smaller holders.

If you are a subscriber and would like to receive alerts when Lex articles are published, just click the “Add to myFT” button, which appears at the top of this page above the headline.


6 global stocks to play the rising focus on nuclear power, according to Jefferies