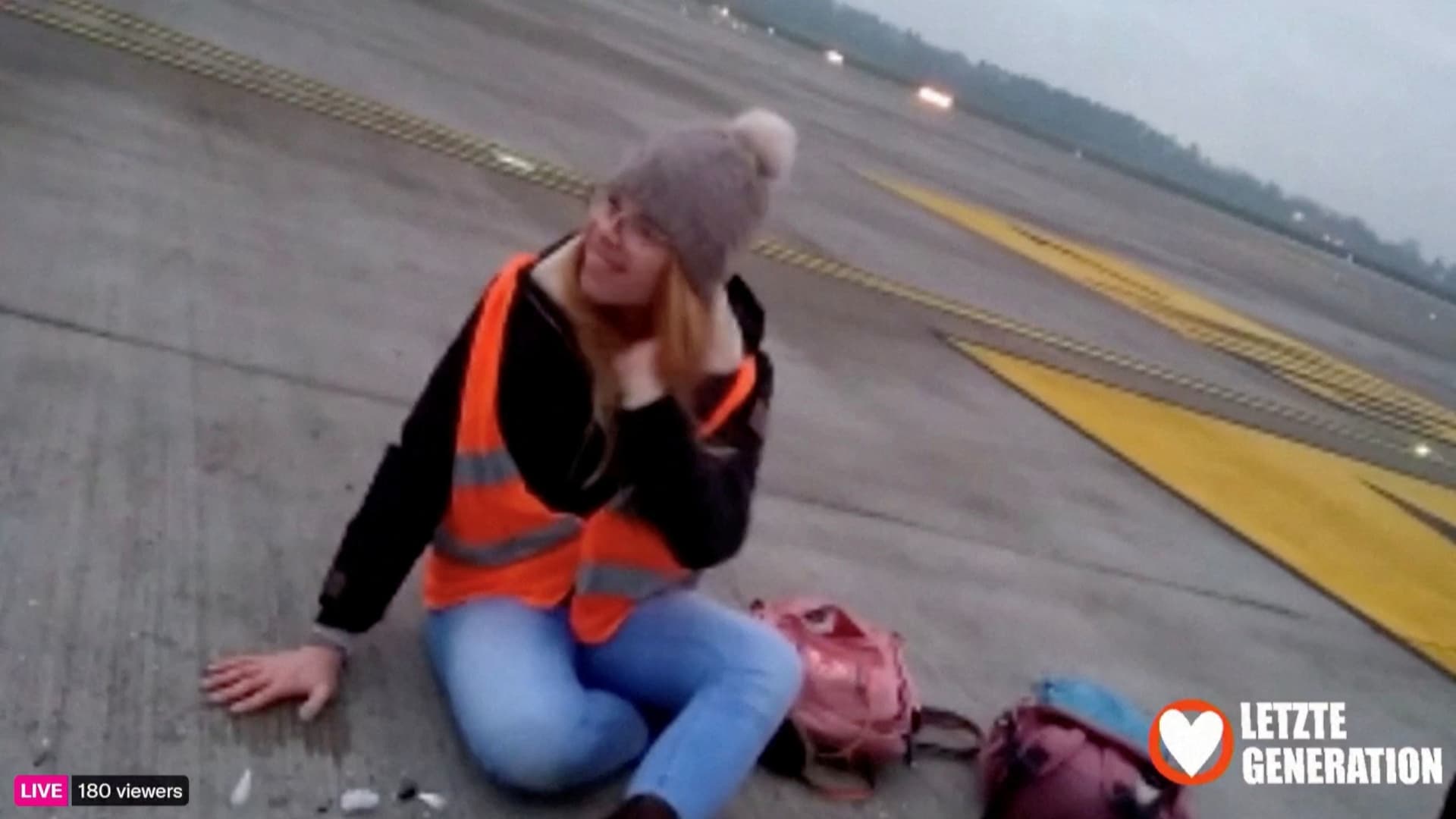 A climate?activist glues herself to a runway at the Berlin Brandenburg Airport (BER) during a protest, in Berlin, Germany November 24, 2022, in this still image obtained from a handout video. Courtesy of LETZTE GENERATION/Handout via Reuters

Berlin Brandenburg Airport on Thursday said it closed its takeoff and landing runways due to unauthorized access of several people, while a climate group said its activists glued themselves to the tarmac.

The activists from the Last Generation environmental group called on the public to stop traveling by air and on the government to stop subsidizing it, the group said on Thursday.

“In an airport area that is not open to the public, we encountered several people who had previously gained unauthorized access and some glued themselves,” Berlin police said on Twitter.

A spokesperson for the airport said police had detained the activists but the runways were closed in order for staff to check for and rule out the presence of further people.

The spokesperson could not say how many flights were affected.