Companies struggle to extract staff from Ukraine and Russia 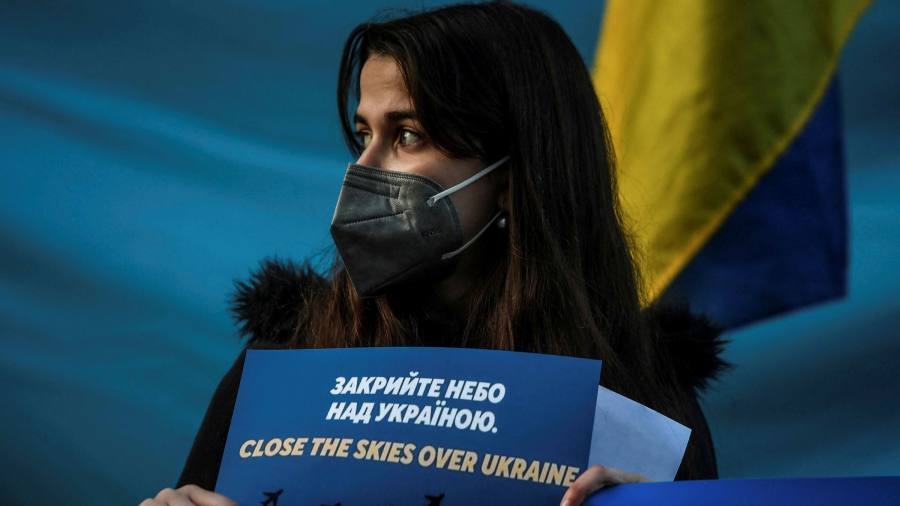 Companies are finding it increasingly hard to extract staff from Ukraine and Russia, with Vladimir Putin’s invasion cutting travel routes.

As more commercial flights have been canceled, they have turned to private security firms. Before Wednesday, Global Guardian’s 125-person Russia team had been able to charter planes out of Russia and land where necessary to refuel, according to Dale Buckner, the security firm’s chief executive.

But it is getting tougher to extract employees of the firm’s 18 Fortune 500 clients in the federation as tit-for-tat travel bans between Moscow and other countries restrict airspace.

“As we think about Moscow, we’re going towards the Middle East – think of Iraq, Turkmenistan, Lebanon, [and] Syria, ”Buckner told the Financial Times.

From there, Global Guardian can get evacuees to the US or Europe.

Many of the firm’s clients heeded Buckner’s warning to get expats out of Russia in the early days of the conflict, with many staffers able to flee on commercial flights.

But for those that remain, “it’s going to be a problem, potentially,” he said.

Travel to the Middle East “can be cut off at any time,” meaning “we’re going to have to go from western Russia to Moscow” and see which border is viable, whether Finland or a Baltic state, as Belarus, Georgia, and Kazakhstan are unrealistic.

“The legs of that journey start to get really long.”

Global Guardian has a 175-person private security team on the ground in Ukraine, running nine to 16 daily missions, getting anywhere from 250 to 500 people out of the country a day on behalf of its corporate clients.

“We’ve now evacuated over 4,000 [people] to Poland, Slovakia, Hungary, and Romania ”from Ukraine, Buckner said. Those people are mostly Ukrainian nationals, employees of about 60 European and US clients, including 18 Fortune 500 companies.

While many western companies, including consultancy McKinsey, Boston Consulting Group and Accenture, have suspended or axed client work in Russia, others have yet to confirm that they will pull out.

One factor weighing on their decisions, according to people at several professional services firms with operations in Russia, was the evacuation of staff and their families, who fear they may be conscripted or punished for having worked for a western employer.

Companies were also on alert for the Kremlin’s potentially passing legislation to prevent a “brain drain”, which would “make it illegal to take smart people out of the country”, said one of the people.

People at two international consultancies said their companies had used security contractors to evacuate staff and their families.

On any day, 78,000 to 200,000 employees of Global Guardian clients are being tracked in real time around the world via a mobile app that can pinpoint what floor of a building they are on. Another 4,000 or so people downloaded the app in Ukraine when the invasion started. The firm has long tracked around 3,000 people in Russia.

The app has a panic button, which is being hit three to four times an hour by those in the region this week.

“I need an exact address. I need a contact phone. Ideally, I need to tell you exactly what time I’m going to be there so you’re not exposed on the street ”.

“And then I need to give you journey management. This is rough and you’re going to be scared. And you might get shot at and there might be bombs going off. You have to understand you’re in combat. ”

Many clients do not grasp that they are about to take a difficult and potentially dangerous five-hour journey from Kyiv to the Polish border – “it’s really unique how the human brain works in these cases, because you see [the war], you know it’s real. . . but it still does not seem to register, ”Buckner added.

Evacuees are not out of the woods until they are safely across the border and in the hands of another Global Guardian team, a journey that could take anywhere from six to 20 hours.

And even though the team has them, anything could still happen, he added. While none of Global Guardian’s clients have been injured or killed, each vehicle has an armed agent.

Clients need to prepare for freezing temperatures and to be on their feet for eight to 26 hours because the vehicles can get only so close to the border with traffic so backed up. “You’re probably going to get out and walk the last seven miles,” Buckner said.

He added that his firm anticipates evacuations will go on for months.