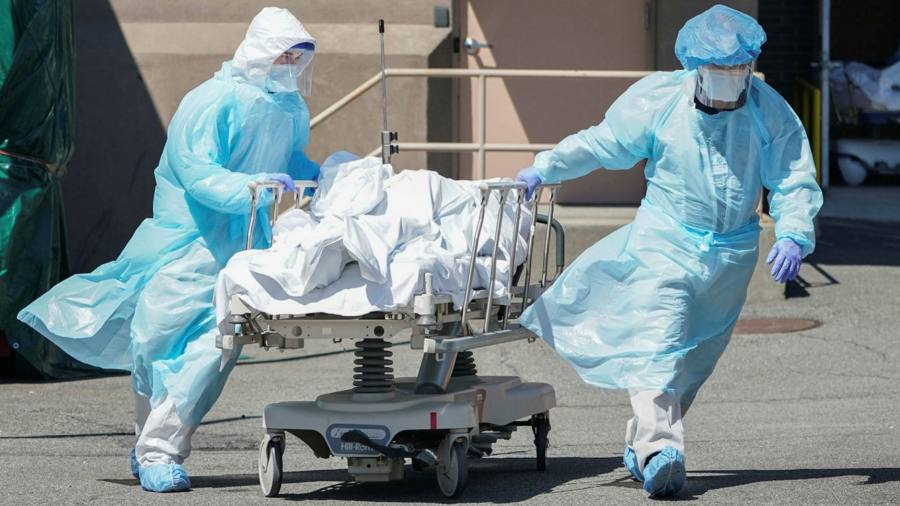 The number of people who died because of the Covid-19 pandemic may be three times higher than the official death toll, according to a new study that puts the total number of deaths worldwide at 18mn.

The study, which points to a vast undercount of the number of deaths, is published on the second anniversary of the World Health Organization declaring the outbreak a pandemic. The number of Covid-19 deaths reported by governments totals 5.9mn for 2020 and 2021 combined.

The paper argues that lack of access to Covid-19 tests, patchy records of causes of death, and in some countries, political incentives to undercount, all hindered an accurate count of deaths directly from the disease. The study recognized the population who died from other causes related to the pandemic, such as delays to healthcare for other conditions, unlike official figures.

“The pandemic has been much worse than anyone thinks,” said Chris Murray, lead author of the Lancet paper and director of the Institute for Health Metrics and Evaluation (IHME). He said the pandemic had increased the global death toll from all causes by about 16 to 17 per cent.

Researchers argue that without an accurate count the world cannot understand the full impact of the pandemic – and that countries must improve how they track death rates for future health crises.

The study calculates excess deaths by comparing it to average death rates before the pandemic. Data were collected from 74 countries and territories, and over 200 locations within countries, including 31 in low and middle income countries.

Researchers said India suffered the highest number of excess deaths – the numbers of deaths over and above the historical average – estimated at 4.1mn, followed by the United States and Russia with 1.1mn each.

Murray said modeling excess mortality changes our sense of which countries suffered the most from Covid-19.

He added that about 80 to 90 per cent of the excess deaths were likely to be from Covid-19 itself. But, he said, the data were less clear on fatalities related to other causes, for example, a death from a cardiac problem could be because of deferred care, or a delayed impact from Covid-19.

The researchers weighed these possible additional deaths against the likelihood that lockdowns decreased other kinds of deaths – such as from road accidents, or from other infectious diseases.

The IHME, a research center at the University of Washington, created a model to try to predict excess mortality rates for areas where the data was not available. A similar model created by The Economist estimates there have been 19.9m excess deaths to date.

Murray said there is “enormous” value in regular reporting of death data and using it to calculate the excess death rate. “It is the ultimate metric of how well societies have done managing the pandemic,” he said.