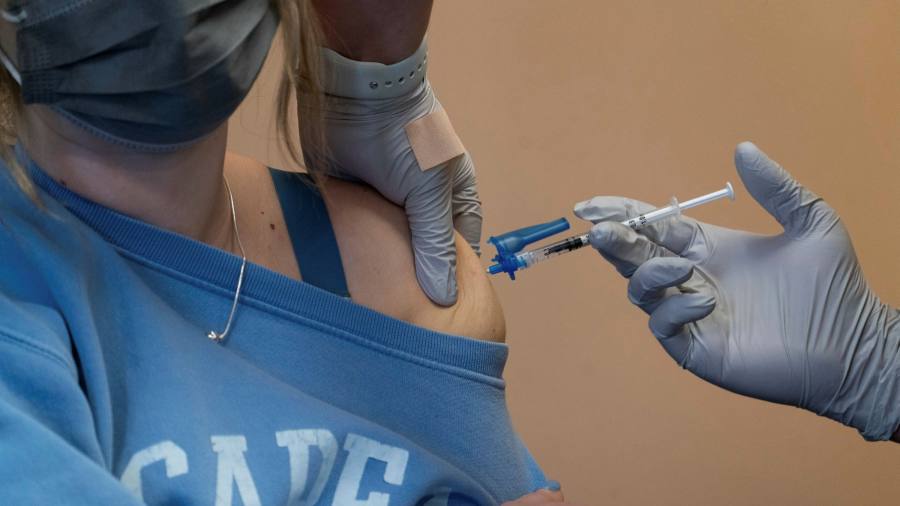 Joe Biden is a diminished leader, with approval ratings pushed below 40 per cent by rising prices and a persistent global virus. But the US president is hardly unique, as the Omicron variant is helping to undermine many leaders who once appeared to be beating back the pandemic.

Among 15 major democracies that conduct regular polls, leaders are unpopular or losing popularity in 10 of them, from France to Taiwan. Voters who were quick to rally behind their leaders at the start of this war, with approval ratings surging in the spring of 2020, are now tiring of the mobilization effort. They are skeptical that anyone has a winning strategy against this shape-shifting foe.

Data from Johns Hopkins University, as screened by endcoronavirus.org, show that since December, the number of places “winning”, meaning pushing the number of new cases to near zero, has fallen by more than half to just a dozen. That’s a high bar for success, but the trend in the wrong direction is clear.

None of the world’s 50 most populous countries currently rank as winners against the virus. Those that make the cut are mostly micro-states such as Palau and the Vatican. Meanwhile, the number of losers – nations that “need to take action” against Omicron – has nearly doubled since December to more than 110.

Early on, many authorities and journalists were studying countries with low caseloads as models of how to beat Covid. That cottage industry is largely dormant now. Many success stories lost their shine after getting hit hard in later waves of the pandemic. These include Canada, Australia, New Zealand, Taiwan, Sweden and Germany.

Some have gone from failure to success and back. First ridiculed as “third world” for its unscientific response under Donald Trump, then admired for a rapid vaccine rollout, the US now has the worst death toll of any developed country.

Biden is paying the price, but he is not the only one to see positive approval ratings turn increasingly negative in recent months, undone in part by public fatigue as the virus rolls on. The leaders of the UK, Australia and Canada have suffered similar reversals.

Domestic critics focus on local incompetence in dealing with the pandemic but miss the fact that governments globally are suffering the same fate. Even New Zealand Prime Minister Jacinda Ardern, who became a worldwide star for her energetic response to the pandemic early on, has watched her support drop of late as new variants have struck.

Trust in political leaders and health authorities is falling in much of Europe and the US, where skepticism is growing not only about Biden but also about state governors and the measures the government has used to slow the virus, including mask and vaccine mandates or lockdowns.

Recognizing popular exhaustion, democratic governments that had sought total eradication of the virus, including those of Australia, Canada and New Zealand, now downplay that goal. The only big holdout country is China, where the leadership boasted that its “zero-covid” policy had beaten the pandemic and sparked the world’s first post-pandemic economic recovery.

That was then. This month, Beijing reported its first case of Omicron, which is taking hold in a population largely lacking in immunity, owing in part to low exposure to earlier strains. A policy built on aggressive contact tracing and lockdowns may have left China “immune naive” and unusually vulnerable going forward.

Recently, Beijing officials have spoken of “dynamic clearing” rather than zero Covid, suggesting they may be changing tack in response to evidence that repeated lockdowns are undermining the economy. Outside commentators are also no longer trumpeting China as a model.

Authoritarian or democratic, most governments held out the promise that, if people rallied behind their leaders, victory would come sooner rather than later. Instead, the virus demonstrated the limits of the state in controlling or even understanding this powerful force of nature. Having signed on for a short war, voters are losing patience.

A reprieve may come. Amid signs that Omicron has peaked in parts of the US and Europe, global health authorities last week raised hopes that the “endgame” is approaching. But premature talk of “winning” risks deepening public anger and causing more lasting damage to the credibility of the political class.