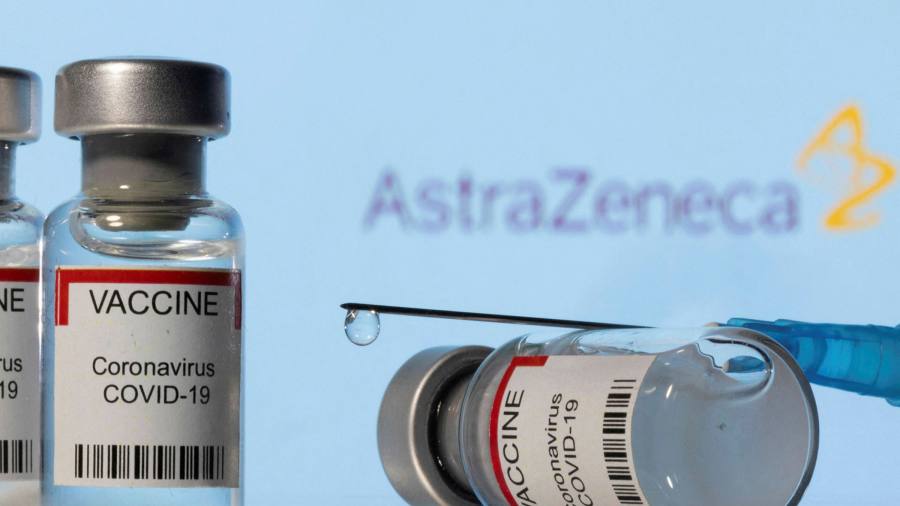 AstraZeneca has reported a record quarter for revenues, including $ 1.8bn from its Covid-19 vaccine and sales from its $ 39bn acquisition of rare disease company Alexion.

Total revenue at the UK drugmaker soared 63 per cent year on year to $ 12bn in the fourth quarter after the effect of currency moves were stripped out – higher than the consensus forecast for $ 11bn. Two cancer drugs – Tagrisso and Lynparza – and Soliris for a rare disease each generated more than $ 1bn in the three-month period.

Core earnings per share rose 74 per cent to $ 1.67, above the average analysts’ estimate of 73 cents.

The company raised its dividend for the first time in a decade, with a total 2021 dividend of $ 2.87.

“We also delivered on our promise of broad and equitable access to our Covid-19 vaccine with 2.5bn doses released for supply around the world,” he added.

AstraZeneca forecasts a high teens percentage increase in total revenue in 2022, with currency movements stripped out, and a mid-to-high twenties percentage rise in core earnings per share.

Soriot took the top job at AstraZeneca almost 10 years ago, focusing on innovation and investment in R&D. The company now has 13 blockbusters, five of which have multibillion-dollar sales. In 2021, AstraZeneca had 22 regulatory approvals and authorizations, and 14 positive late-stage trial results for nine medicines.

In 2021 it reported total revenue of $ 37bn, up 38 per cent year on year at constant exchange rates, of which $ 4bn was from the Covid-19 vaccine developed in partnership with Oxford university. The company experienced double-digit growth in all of its major regions, despite pressure on prices in China.

AstraZeneca closed its deal to buy Alexion in July 2021. The acquisition brought a pipeline of drugs for rare diseases. Rare disease treatments contributed 8 per cent of revenue in 2021.