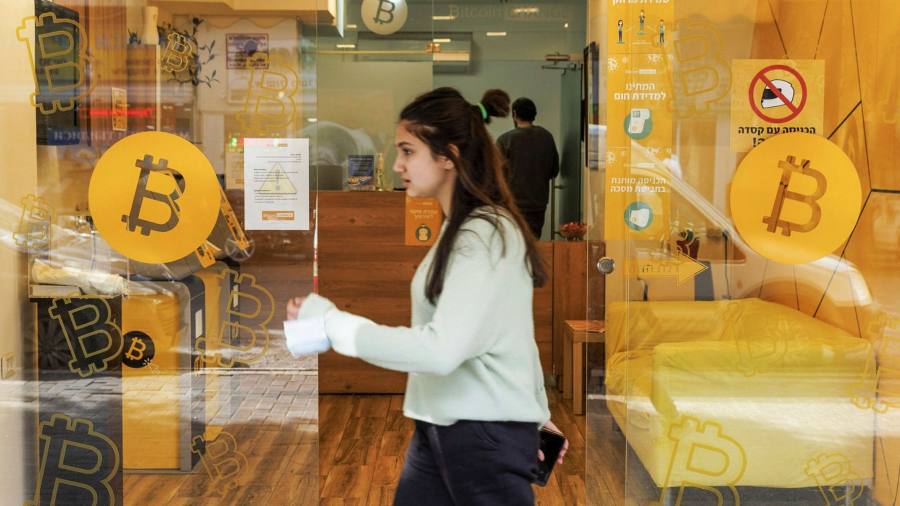 Cryptocurrency investment products suffered record outflows in January, as sliding token prices and a flight from risky assets reversed the fortunes of a sector that had frenzied interest last year.

Vehicles such as the Grayscale Bitcoin Trust, which gives investors exposure to crypto assets without holding the tokens directly, attracted billions of dollars in 2021, as asset managers such as ProShares, VanEck and WisdomTree raced to launch products and capture a share of the market.

But the tide of cash slipped into reverse in January for the first time since last summer, according to data from CryptoCompare, following a sharp decline in crypto prices that saw bitcoin tumble from a peak of nearly $ 69,000 in November to less than $ 40,000 in the early days of 2022.

Investors pulled an average of $ 61mn from digital asset vehicles each week in January, marking the fastest pace of withdrawals in at least a year, according to CryptoCompare, which tracks 50 of the largest digital asset investment vehicles such as trusts and exchange traded products.

The $ 25bn Grayscale Bitcoin Trust, which does not allow withdrawals, found more sellers than buyers for its shares in January, sending the discount between the share price and the value of the trust’s assets to record levels of around minus 25 per cent.

Average daily trading volumes for these products tumbled to their lowest level since July.

The decline came during a month when crypto prices have closely tracked declines in equities, particularly US tech stocks, as investors unloaded assets seen as speculative and higher risk.

“It’s important to note that there’s still significant investor demand for digital asset investment products, but institutions seemingly reacted to the Fed by offloading their positions,” he added.

For the latest news and views on fintech from the FT’s network of correspondents around the world, sign up to our weekly newsletter #fintechFT

The increased presence of big professional investors in crypto markets has led to more alignment between crypto and tech stocks, according to analysts, because institutions treat both assets as riskier investments with higher growth potential and tend to sell them at the same time.

“Crypto has definitely correlated more to risk assets than was expected. In the last month, it has acted more like a tech stock than anything else, ”said Greg Taylor, chief investment officer of Purpose Investments, which manages several crypto exchange traded funds with combined assets of more than $ 1bn.

“January was a big risk-off month,” he added.

The protracted outflows following a price drop suggest investors are still reluctant to “buy the dip” in crypto assets. But Taylor said there were buyers in the market. “The ‘buy the dip’ mentality is still alive and well in crypto. People are looking at this as more of an opportunity than anything else, ”he said.