Disney battles to preserve the powers of its kingdom in Florida 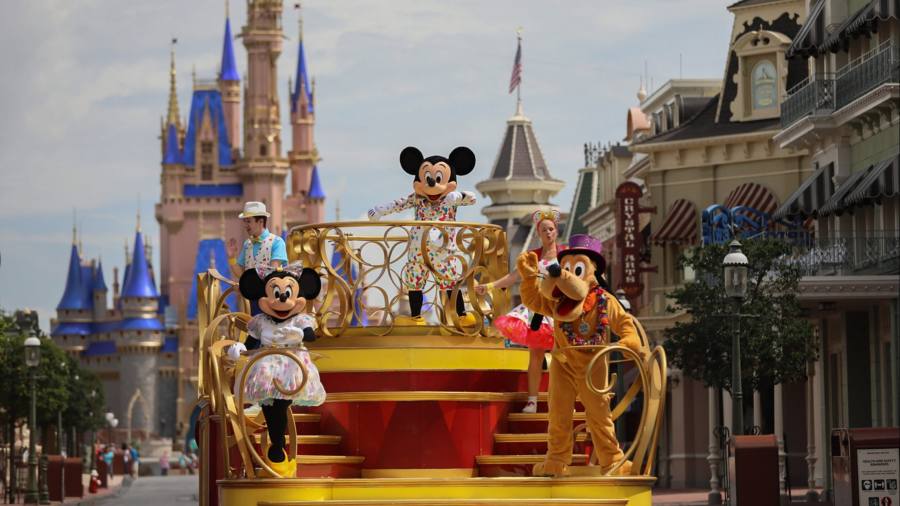 When Walt and Roy Disney were dreaming up their plan to transform 25,000 acres of Florida swampland into a utopian city and theme park in the mid-1960s, they wanted none of the oversight they faced from California authorities when they built Disneyland.

By the end of a highly effective PR push, Disney had got its wish: Florida handed the company the powers to essentially run a private government. Among the extraordinary rights granted to Disney by the Florida legislature in 1967 was the ability to construct a nuclear power plant and an airport on the property.

Disney never built the power plant or the airport around Disney World. But the company’s legal right to do so could be a useful bargaining chip as Disney seeks to preserve its 55-year-old “special taxing district” in Florida, known as the Reedy Creek Improvement District, which the state’s governor wants dissolved.

In what was widely seen as retaliation for Chapek’s criticism of the legislation critics branded “Don’t Say Gay”, DeSantis signed a hastily written bill into law that is scheduled to dissolve Reedy Creek in June.

The governor’s office has not detailed what will replace it, although a spokesman for DeSantis said in a statement on Friday that a “plan is in the works and will be released soon”.

However, there are concerns that the costs of assuming Reedy Creek’s responsibilities — which include providing water, power, roads and fire services, all paid for by a tax Disney levies on itself — will fall on Florida taxpayers. Similar fears surround the fate of its nearly $1bn in municipal debt, which was downgraded by Fitch ratings after the law was signed.

Richard Foglesong, a historian and political scientist at Rollins College, says Florida law is clear: the tax paid by Disney would fall to residents of nearby Orange and Osceola counties if Reedy Creek goes away. “This is not going to come to fruition,” he said. “This will be repealed and forgotten.”

DeSantis’s spokesman said in the statement that “Disney’s debts will not fall on the taxpayers of Florida”.

But concerned Florida lawmakers are discussing a plan to create a “successor” bill that would replace the law DeSantis signed less than eight months ago. The goal, they say, would be to preserve Disney’s special tax status while chipping away enough of the company’s power to satisfy DeSantis.

“Somehow they have to thread the needle so that burden falls back on Disney and it retains the ability to tax itself,” says Foglesong, author of Married to the Mouse, a history of Disney in Florida. “Who would want to pay the price of building [and maintaining] this incredible theme park?”

A focus of lawmakers’ discussions can be found on page 295 of the 1967 law that granted Disney the expansive powers it has wielded for 50 years. Disney, the law says, has the right to construct and operate “plants and facilities . . . for the generation and transmission of power through nuclear fission and other new and experimental sources of power and energy”.

At the time, nuclear power was on the rise, and it fitted with the Disneys’ vision of building a city of the future. But the company never acted on the idea. Now, however, some Florida politicians see it as part of a potential solution to the Reedy Creek dilemma.

Linda Stewart, a Democratic senator whose district includes parts of Orlando, told the Financial Times that stripping Disney of the ability to build a nuclear plant or an airport could be part of a new replacement bill — along with allowing the governor to appoint two members of the Reedy Creek board.

“I don’t care if they can’t build a nuclear facility,” she said. “That’s fine with me.”

A key question is whether barring Disney from investing in infrastructure it has no intention of building will be enough for DeSantis, whose decisive re-election in November has made him an early frontrunner in the race for the 2024 Republican presidential nomination. “He can’t go away and just give in” on Reedy Creek, Stewart said. “He’s going to have to get something out of it.”

Another potential factor is Disney’s firing last month of Chapek, who had been an object of DeSantis’s scorn. DeSantis became a conservative hero this year for labeling Disney a “woke” company, while Chapek was blamed by Disney employees — including LGBTQ workers at Disney World who were angry about the Florida education law — for mishandling the episode.

But Bob Iger, who led Disney for 15 years and has stepped back into the CEO role for the next two years, is known for having a deft political touch. This week Iger told employees he was “sorry to see us get dragged into [the] battle” over Reedy Creek, adding that “the state of Florida has been important to us for a long time and we have been very important to the state of Florida”.

Randy Fine, the Republican state congressman who was a sponsor of the Reedy Creek bill, told the FT this week that Iger’s return to Disney should improve chances that “something will get worked out”.

However, DeSantis hardly sounded conciliatory this week when asked on Fox News about Iger’s comments. “Yes, they’re a big powerful company but we stand up for our folks,” he said. “I don’t care what a Burbank [California] based company says about our laws.” 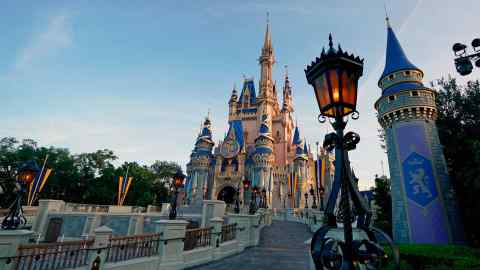 Besides its status as Florida’s largest employer, Disney still has a number of cards to play, however — chief among them its reputation for operating the park complex at a high standard. Reedy Creek’s technocratic five-member board has few residents to answer to, allowing it to move quickly on decisions. “It’s better that [Disney] runs it,” Foglesong says. “They believe in expertise.”

At a recent board meeting, a Reedy Creek official noted that the district leads the state in solar energy production — with the help of an array of panels called Mickey — thanks in part to clean energy targets set by Disney.

Anna Eskamani, a progressive Democrat who represents Orlando in the Florida House, is a frequent Disney critic but agrees that it would be difficult for the public sector to maintain the standards of Reedy Creek. She notes that in addition to paying property taxes, Disney taxes itself at a rate that is higher than the nearby counties are allowed to charge.

“When you go to Disney there are no mosquitoes because they have intensive mosquito control,” she notes as an example of Disney’s competence. “Orange County could not do what Reedy Creek does.”

It is an argument that Walt and Roy Disney might well have made themselves.


CEO Will Ahmed is just as obsessed with his wearable fitness tracker as you are. Here’s the wellness secret he swears by