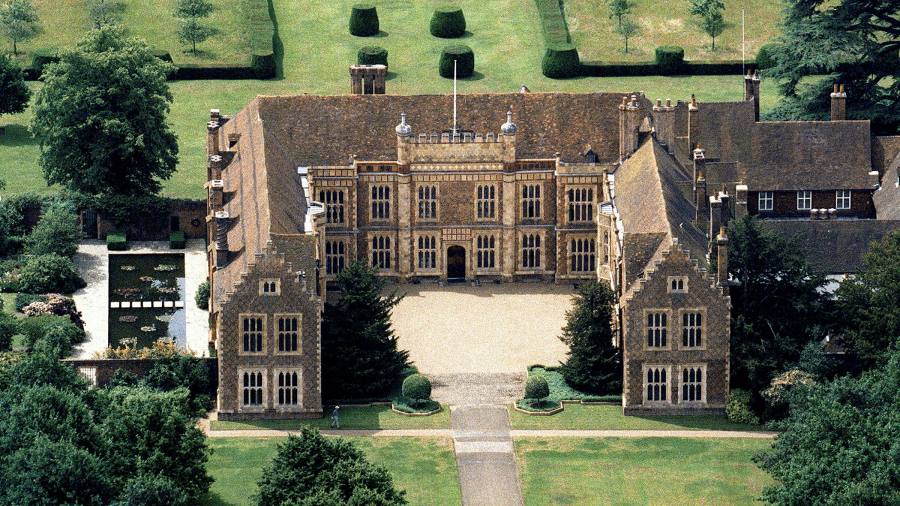 Sutton Place is a house most homeowners would be proud of. The Tudor manor, built for a courtier of Henry VIII, is Grade I-listed and set in landscaped gardens in leafy Surrey. But 17 years after the last changed hands, the identity of its current owner remains mysterious.

When the UK government slapped sanctions on Uzbekistan-born Russian multi-billionaire Alisher Usmanov on March 3, it stated that he had “significant interests in English football clubs Arsenal and Everton” and owned “the 16th century Sutton Place estate in Surrey”.

“Sanctioning Usmanov. . . sends a clear message that we will hit oligarchs and individuals closely associated with the Putin regime and his barbarous war, ”said Liz Truss, the foreign secretary.

But a spokesperson for Usmanov cast doubt on the oligarch’s ownership of the property in the Guardian newspaper. The spokesperson declined to comment when asked for clarification by the Financial Times.

Finding a definitive answer to the property’s ownership is far from simple and speaks to the lack of transparency that has made UK property a magnet for billionaires looking to invest their money while keeping a low profile.

Ministers have hit a number of Kremlin-linked billionaires with sanctions over the past fortnight. But there are fears that those who have bought homes in the UK via complex, opaque corporate structures could sell them without their names ever appearing, or mount legal challenges to claims that they are the ultimate owners of the homes.

But names do appear on a Surrey county council register of public rights of way through the estate, dated July 17 2007. One is Pambina Votsi, listed as a witness for Delesius Investments.

Votsi’s LinkedIn profile describes her as a senior administrator at law firm Christodoulos G Vassiliades & Co, a Cypriot law firm based at the same Nicosia address as Delesius and Bacerius. In a 2020 report, ‘The Kremlin Playbook in Europe’, published by Sofia-based think-tank the Center for the Study of Democracy, the practice is described as “probably the law firm that has had the closest ties to the Kremlin”.

Christodoulos Vassiliades, the firm’s managing director, denied the allegations contained in the report. “There is no substance to the innuendo that our firm is ‘has had the closest ties to the Kremlin’,” he said. “We are an international law firm licensed and supervised by six jurisdictions and its respective regulatory bodies.”

He confirmed that Votsi had worked at the firm for 18 years and was currently a “senior corporate administrator”.

As well as her role at Vassiliades, Votsi is listed on Companies House, Britain’s company register, as director of Arsenal Minerals Limited, a mineral import and export company registered at an industrial estate in Bounds Green. She is also listed on a Cypriot corporate registry as a director of Ionics Secretaries Limited.

Another company registered at the same address on the estate is Degevol UK Limited. Degevol has no website, but Companies House lists Ionics Secretaries as the company’s current officer. It also lists two persons of significant control: Vasily Anisimov and Yakov Klebanov.

Anisimov is a tycoon whose billions were made in aluminum, real estate and vodka production and who once headed the Russian judo federation. He was also a business partner of Usmanov, and has previously held a 20 per cent stake in metals conglomerate Metalloinvest, controlled by Usmanov. Klebanov is the son of one of Kazakhstan’s wealthiest men.

Anisimov said: “I do not own real estate in the United Kingdom. Usmanov and I split apart more than 10 years ago. ”

He acknowledged his and Klebanov’s roles at Degevol, adding: “We had planned working on the international market with that company. Given the current circumstances, it is highly likely that we will have to shut down Degevol in the near future. ”

The nameplate on Degevol’s registered address in North London reads G. George Associates. An employee confirmed the firm was employed by Degevol as an accountant, but said nobody from Degevol actually operated from the premises.

This convoluted trail failed to shine a light on the ownership of Sutton Place. But it underscores the challenge faced by officials looking to uncover wealth stored in property.

“We can not sanction oligarchs because we do not know what they own. . . This is exactly the problem the government is finding, ”said a senior property and tax lawyer.

The ability of property owners to so thoroughly conceal their identities is unusual in global property markets, and part of the UK’s allure for wealthy, discreet individuals, according to investor and Kremlin critic Bill Browder.

“Long before there was ever any risk of sanctions, oligarchs have spent [in the UK] because they were worried about their own government, or competitors or enemies coming after their money, ”he said.

The government announced last week that it will increase transparency by introducing a register of beneficial ownership of property. But the new measures have been criticized by experts and campaigners for leaving room for owners to continue hiding behind companies. Enforcement of the regime would rely on ‘enablers’ such as trust directors to expose the ultimate beneficial owner, said Browder.

“The sanctions are not meant to expropriate: freeze, not seize. If there’s a reasonable belief [Sutton Place] belongs to Usmanov, the government will not block it, it will say ‘you can not sell it.’ If that’s the case then Usmanov can just say he does not own it. ”