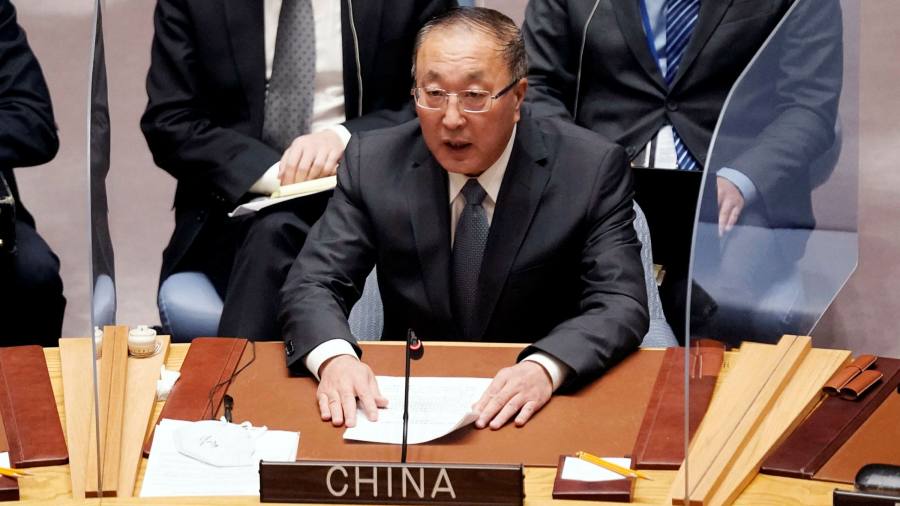 As images of Russian troops storming into Ukraine flashed on screens around the world, several senior Chinese foreign policy experts sent a flurry of text messages to friends and colleagues in the US: “Is this fake news?”

Hours later, Hua Chunying, a Chinese foreign ministry spokesperson, repeated Russian defense ministry statements that Ukrainian cities would not be targeted in a briefing with reporters in Beijing and questioned whether the Russian invasion should be called “an invasion”.

China’s refusal to acknowledge the all-out military assault that has included attacks on multiple cities, including the capital Kyiv, much less join in international condemnation of it, reflects the strength of Chinese president Xi Jinping’s relationship with Russian leader Vladimir Putin, experts said.

After weeks of blaming the US for “hyping” the threat of war, China’s response also signals the fraught path the west will have to navigate as it seeks to punish Putin – a task that could be made much more difficult if Beijing maintains strong political and economic support for Moscow.

Yun Sun, a China foreign policy expert at the Stimson Center, a US think-tank, said Beijing “has decided to side with Russia” and shifting its stance would be a question of degree, not direction.

“We all know this [invasion is] blatant trampling over sovereignty and territorial integrity, ”she said. “China is shaping the narrative that. . . Russia is the aggrieved party, Russia has been pushed and pushed by NATO, is a victim of the international system after the Cold War and a victim of the United States.

“Another message that has become increasingly salient and vocal is that ‘Ukraine deserved it’ – that came as a really big shock to me.”

Xi and Putin spoke on Friday afternoon. China’s leader urged “negotiations” over Ukraine but did not refer to the invasion directly, according to statements released by both governments.

He reiterated that Beijing respected all countries’ sovereignty and territorial integrity, without elaborating on whether Russia’s assault violated these principles.

Zhang Jun, China’s envoy to the UN, also repeated Beijing’s thinly veiled criticism of the US. “Against the backdrop of five successive rounds of NATO’s eastward expansion, Russia’s legitimate security aspirations should be given attention to and properly addressed,” he said.

The speed at which Beijing has leaned towards Moscow has been “striking”, said Adam Ni, a former adviser to the Australian government now affiliated with the Australian National University.

“China’s responses to the 2008 Russo-Georgian war and Russia’s 2014 annexation of Crimea were both cautious and ambivalent,” he added.

Beijing now faces a “fundamental dilemma” in seeking to cement its ties with Moscow while keeping relations with the US and the EU on a stable footing, Ni said.

“If the US and EU member states come to view Beijing as complicit in Russian aggression against Ukraine, then China may well pay a hefty price,” he said.

One Asian diplomat said the Chinese government’s domestic messaging was consistent with the signals it sent with Xi’s face-to-face meetings with Putin on the eve of the Winter Olympics in Beijing this month, when he backed Russia’s opposition to NATO expansion.

“China’s intention was to showcase to the world that Xi and Putin are on the same side against a coalition of western countries,” the diplomat said.

Beijing’s propagandists and censors have swung into action, seeking to limit reports on the escalating military conflict as well as snuffing out criticism of Russia over the events.

China Central Television, a state-owned broadcaster, has consistently relegated brief reports on the Ukraine crisis to the final minutes of its main evening broadcast.

Some social media posts sympathetic to Ukraine’s plight have been removed from China’s internet. 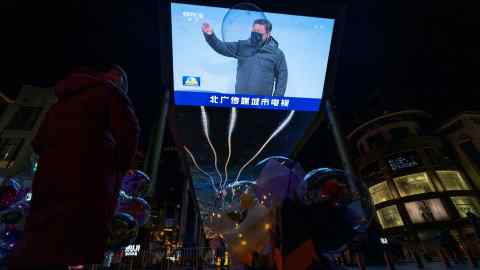 Earlier this week Horizon News, a Chinese outlet, issued instructions not to “post anything unfavorable to Russia or pro-western”, and only use hashtags “started by People’s Daily, Xinhua, or CCTV”, the big state news organizations.

“Shielding Russia from negative coverage, injunctions against pro-western messaging, and especially orders to follow the lead of central state media are all common elements of official media directives,” noted China Digital Times, a group that tracks censorship directives and online discussion at the University of California, Berkeley.

Yet it is also clear that many Chinese people are trying to closely follow events. On Weibo, China’s biggest social media platform, pages dedicated to developments in Ukraine have received billions of views, according to What’s On Weibo, a site that monitors trends on the platform.