ECB policymakers are right to hold their nerve on inflation 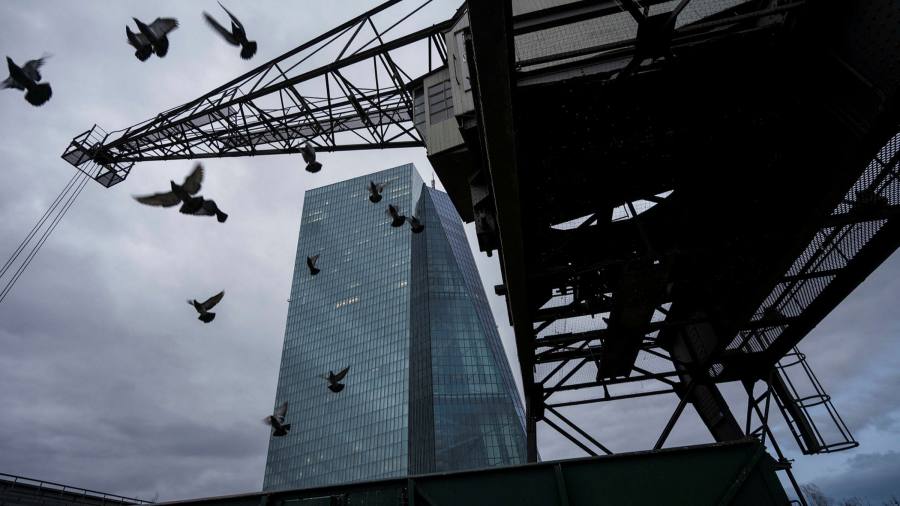 After months of rising inflation in the major advanced economies, a narrative is taking hold. It goes that the Bank of England and the US Federal Reserve have (better late than never) woken up to the inflation danger and are finally moving to make up for lost ground, while the European Central Bank runs a greater risk every day of falling behind the curve.

This is why bond traders read a “hawkish pivot” into an ever-so-slight change of tone from the ECB, which has expressed “unanimous concern” over inflation, and accordingly sold off euro bonds, especially of high-debt governments. Surely, markets seem to think, the ECB must soon correct course – even overcorrect. Mustn’t it?

One thing is true: the contrast between the eurozone and the large anglophone economies is striking. In the US and the UK, the employment rate remains more than 1 per cent below the pre-pandemic level and some 3 per cent below the pre-pandemic trend. Yet both the Fed and the BoE are beginning to press the brakes on aggregate demand. In the eurozone, conversely, the share of people in work is the highest, and the unemployment rate the lowest, on record. Yet the ECB seems relaxed about labor market pressures.

This looks, on the face of it, the wrong way round. It would be more natural to worry about overheating in a labor market that has fully recovered from a downturn and to want to keep a foot on the accelerator in an economy still well short of jobs. Central bankers are doing exactly the opposite. But, as well as suggesting the ECB is behind the curve, this could equally indicate that the Fed and the BoE might be jumping the gun.

One way to make sense of this topsy-turvy monetary policy messaging is to suppose that the missing American and British jobs are gone forever – that today’s situation is as good as it gets – while continental Europe has been spared any permanent scarring from the pandemic and so can expect the economy to take continued loose monetary policy in its stride.

That is not implausible. Continental-style short-term work and temporary unemployment schemes did a much better job of keeping people attached to the workplace than the American temporary boost to unemployment benefits and ill-targeted “paycheck protection” spending. For its part, the UK deployed a European-style furlough, but from the standing start of a system that had traditionally hewed closer to US-style flexibility. That, plus the departure of European workers after Brexit, could explain today’s disappointing employment rate.

Two big caveats pertain to this analysis. The first is just how surprising it would be, if true. The conventional wisdom, after all, is that continental Europe, while more protective of workers, is worse at getting them jobs than the tough-love Anglo-American model, especially in post-recession recoveries. If that has now changed, it is cause for a victory lap for the continental and Nordic traditions of social protection.

The second caveat concerns the fact that economic output numbers tell a different story than labor market numbers. US GDP is currently well above its pre-pandemic level and closing in on its pre-pandemic trend. The eurozone, while it recovered its pre-Covid GDP level late last year, remains far below where it should be on the growth path. (By this measure, the UK looks distinctly continental.)

This means the US has achieved remarkably better productivity growth. That justifies tolerating higher wage growth, too, without fearing a wage-price spiral. And Europe’s relatively weak output growth means it, too, may still have spare capacity to make up.

The febrile narrative dominating today’s debate insists on emphasizing signs of overheating and ignoring those of spare capacity – in particular the economy’s potential to expand the labor force in response to strong demand. That is precisely the reflex that recent strategy reviews by both the Fed and the ECB were intended to forestall.

Both central banks have heeded lessons from the previous decade, when fears of excessive monetary stimulus founded (or should have done) when supposed limits on jobs growth failed to materialize. The ECB has even formally endorsed temporary inflation above its target to secure the economy’s potential.

Far sooner than expected, these principles are facing exactly the pressures they were adopted to resist. But it is in times like this that monetary policymakers show their mettle. Far from falling behind the curve, it is Frankfurt’s central bankers who are demonstrating how to hold their nerve. For now.


Investors urge Mexico’s Pemex to step up on ESG