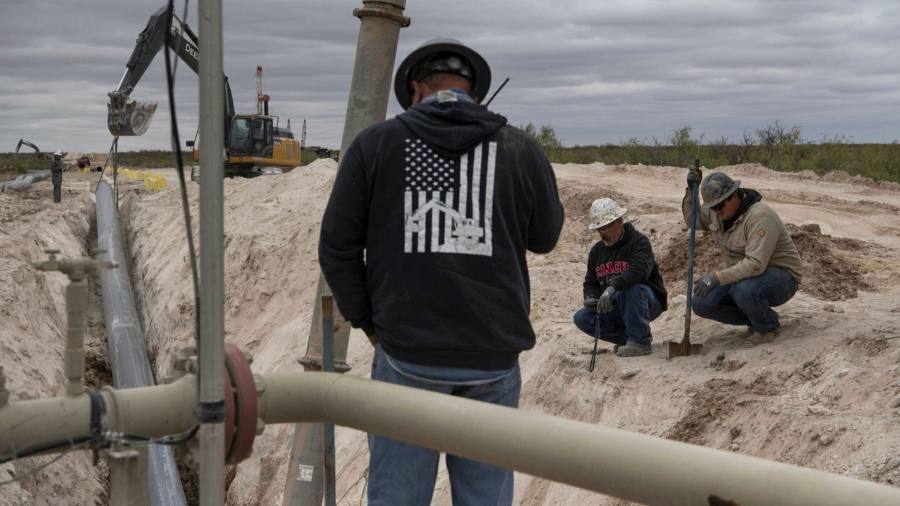 The prospects for new fossil fuel infrastructure in the US have gone from bad to worse after regulators beefed up environmental requirements for natural gas pipelines, adding to the woes of an industry under siege from campaigners.

For the first time in more than two decades, the Federal Energy Regulatory Commission voted on Thursday to overhaul the certification process for new gas pipelines, providing for greater scrutiny of the economic need for projects, as well as their impacts on the environment, communities and landowners.

The changes mean that new pipeline approvals – already subject to a lengthy review and often facing legal challenges – will become significantly more difficult to attain. It is a victory for campaigners who have argued that too many pipelines are being greenlighted, locking in reliance on fossil fuels for years to come.

“Pending projects just went from being in limbo to being in purgatory,” said Brandon Barnes, senior energy litigation analyst at Bloomberg Intelligence. “I think it is probably as close as you can get to FERC saying ‘We’re not going to permit anything on the natural gas side for a while’.”

FERC’s permitting reboot is the latest blow to pipeline developers, who have found themselves at the center of the stand-off between the fossil fuel industry and climate activists. Environmentalists have successfully targeted the sector in recent years, scuttling major gas conduits by dragging them through lengthy and expensive legal battles.

The Atlantic Coast Pipeline, which would have pumped gas 600 miles from West Virginia to North Carolina, was abandoned in 2020 after delays and legal challenges sent costs soaring to almost $ 8bn. Last year, the plug was pulled on the 120-mile, $ 1.2bn PennEast Pipeline from Pennsylvania to New Jersey after significant resistance.

Meanwhile, despite being more than 90 percent complete, doubts have been raised over the future of the 300-mile Mountain Valley Pipeline, due to funnel gas across Virginia and West Virginia. One of its owners, the utility NextEra Energy, said on Friday it was re-evaluating its investment in the project as it took an $ 800mn impairment charge after a federal appeals court threw out two key permits. NextEra had already written down its investment by $ 1.2bn last year.

Other smaller pipelines have also faced challenges. Most recently the Chickahominy Pipeline, which would have carried gas through central Virginia, was suspended by its owners last week after facing heavy opposition from environmental groups.

Activists say the case-by-case approach of taking on individual pipelines is expensive and inefficient, and that regulators have been too willing to approve projects that later run into trouble in the courts.

“It’s whack-a-mole,” said Mary Finley-Brook, a geography professor at the University of Richmond and prominent voice in the anti-pipeline movement. “This is protracted lawfare – and at some point it gets ridiculous. Address the problems in regulatory code and implement a system that works so that we do not have to have court cases over and over. ”

The FERC decision was widely welcomed by activists, who argue that addressing climate change requires an urgent pivot away from fossil fuels. Gillian Giannetti, a senior attorney at the Natural Resources Defense Council, said the FERC was “bringing balance” to its reviews.

The new evaluation process will require companies to explain precisely why a new project is needed and how it will affect local groups. But it will also, for the first time, explicitly require a climate evaluation that would calculate emissions not just from the pipeline itself but potentially also from the upstream drilling process and downstream burning of the fuel, FERC said.

“They gave themselves the option to consider basically everything,” said Barnes. “Committing to that could potentially make the cost of every pipeline project outweigh its benefits in the regulatory sense.”

The actions of federal agencies such as the FERC have become increasingly important in driving forward President Joe Biden’s climate goals since his legislative program has largely stalled in Congress. While the agency is independent of the administration, the president appoints its commissioners.

The new certification process was voted through on party lines, with the three Democratic commissioners voting in favor and the two Republicans voting against. And while the decision has been lauded by progressive Democrats, it has faced a backlash from moderates and Republicans who said the FERC was overreaching and straying into policymaking.

“The Commission went too far by prioritizing a political agenda over their main mission – ensuring our nation’s energy reliability and security,” he said. “The only thing they accomplished. . . was constructing additional road blocks that further delay building out the energy infrastructure our country desperately needs. ”

There is more to market volatility than Ukraine


It’s not just the economy, stupid