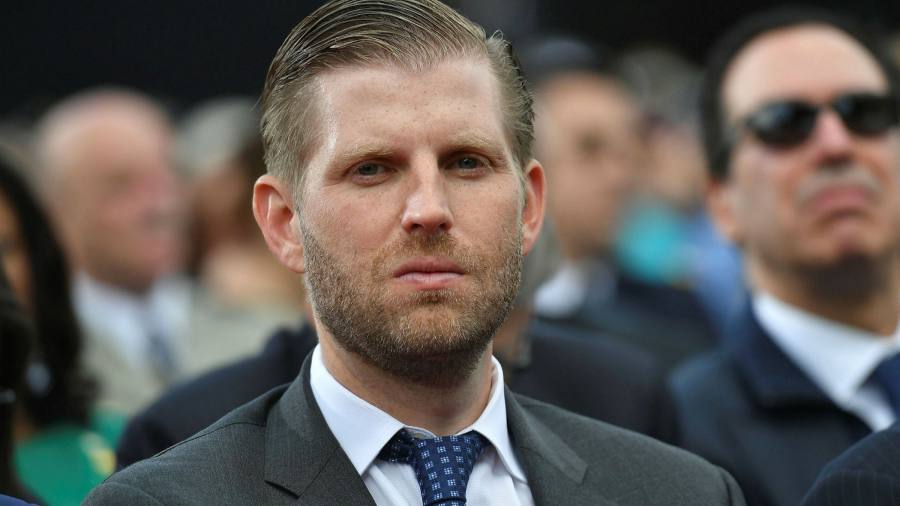 During his father’s presidency Eric Trump tended to be overshadowed by his older siblings. While his sister, Ivanka, took up an office in the West Wing as a senior adviser to the president and his gun-loving brother, Donald Jr., carved out a role as a rightwing celebrity, Eric focused on running the family business.

But the three-year investigation by Letitia James, the New York attorney-general, into the Trump Organization is now threatening to bring Eric into the spotlight.

James earlier this month provided a rare glimpse into the civil probe when she submitted a 160-page filing to a New York court. In it, she claimed to have “significant evidence” that the Trumps may have committed fraud by routinely inflating the value of certain assets to flatter their net worth and improve their access to financing.

Of the many assets James cites – including the former president’s penthouse apartment, a Manhattan office tower and several golf courses – she dwells at length on a property development called Seven Springs in Westchester, north of New York City, that Eric helped oversee. As portrayed by the attorney-general, Eric made misrepresentations to auditors and contractors that caused them to vastly overstate Seven Springs’ value.

Those valuations not only made the Trumps’ finances look healthier to lenders, according to James, they may have also helped the former president to personally claim more than $ 5m in tax benefits.

The Trumps have repeatedly denied wrongdoing and dismissed the attorney-general’s investigation as a politically motivated witch hunt.

Taking to Twitter after James’ submission, Eric made the unusual claim that his family was “prosecuting” the attorney-general. “Letitia you can not escape your own words,” he wrote. “This is all window dressing for your abuse of office and ethical misconduct (which we are prosecuting you for) and northing [sic] more than a PR move. ”

But Eric’s standing has been somewhat undercut by another disclosure in James’ filing: that he invoked his Fifth Amendment right against self-incrimination more than 500 times when questioned by prosecutors in October 2020.

In a civil case, jurors are allowed to make an “adverse inference” when a defendant refuses to answer a question and instead pleads the Fifth Amendment. Or, as Eric’s father put it during the 2016 presidential campaign: “If you’re innocent, why are you taking the fifth amendment?” At the time, he was casting aspersions on aides to his Democratic opponent, Hillary Clinton. “The mob takes the fifth,” Trump said.

Among former prosecutors, opinions vary about the severity of the attorney-general’s filing. One called the latest revelations “problematic” for Eric and his father. Another believed they were thin, and suggested it was time for prosecutors – after three years of investigation – to file charges if they believed they had a case. “They’ve thrown the kitchen sink of pseudo-accusations at them!” this person fumed.

Daniel Horwitz, who leads the white collar practice at McLaughlin & Stern, noted that Eric’s involvement in Seven Springs, as recounted by James, could place him in legal jeopardy. Ultimately, he added, if James were to file a civil complaint against the former president or his children, she faced a similar challenge: “What did he know? How did he know it? And when did he know it? That’s the key. She’s going to need witnesses and documents to prove it. ”

Eric Trump, 38, has spoken fondly of his youth walking around construction sites with his father, and summers spent doing grunt jobs on Trump properties. A person who knows him described Eric, tall with slicked back hair, as the Trump child who most wanted to be like his father.

Frank Runyeon, a former classmate at the Hill School, a Pennsylvania boarding school Eric attended, recalled him in a recent reminiscence as “kind, laid-back and gracious” – often without cash, and sometimes prone to speaking without thinking. But, Runyeon noted, he and other former classmates sensed that Eric had changed in recent years. “Today, it’s easy to see his father in him,” he wrote. “Before, no one ever did.”

At the Trump Organization it was common for the children to attach themselves to discrete projects. Seven Springs, a 212-acre Westchester estate Trump acquired for $ 7.5m in 1995, fell to Eric – perhaps because it was a short drive from his home at a nearby Trump golf course.

Trump had originally planned to convert the property into a golf course with luxury houses but became bogged down in years of environmental and zoning challenges. In one star-crossed episode, he rented the property to Muammer Gaddafi so that the Libyan dictator could erect a Bedouin tent on its lawn while attending the United Nations general session in 2009. Neighbors complained.

James has focused on how the Trump Organization valued Seven Springs in an annual statement of financial condition the company shared with lenders and other counterparties. From 2007 to 2014, Seven Springs’ reported value ranged from $ 200m to $ 291m. Those estimates were based on plans to sell luxury homes, and supported, according to documents provided to its outside accountant, Mazars, by “a telephone conversation with Eric Trump.”

But a 2014 assessment by Cushman & Wakefield valued Seven Springs at just $ 29.5m to $ 50m. Part of the discrepancy, according to James, is that the Trump Organization did not account for the time it would take to build and sell homes and the expenses it would incur to do so. Failing to do so, she wrote in court filing, was “objectively misleading”.

After his development plans were thwarted at Seven Springs, Trump would donate a conservation easement on much of the land – a move that allowed him to then claim a multi-million-dollar tax deduction. 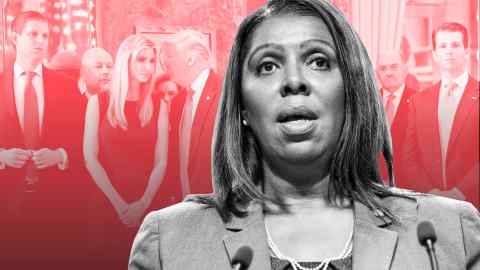 Eric, according to the attorney-general, was directly involved in a separate Cushman assessment, published in 2016, that was used to value the easement – and, therefore, the accompanying tax benefit.

Cushman arrived at a value of $ 56.5m, based on a hypothetical plan to develop 24 housing lots on the property. But, according to the attorney-general, Eric misled the firm. He failed to mention an agreement the company had struck with the town of Bedford in 2013, after nine years of wrangling.

Known as the Bedford Resolution, it would limit both the number of homes that could be built and how quickly they could be constructed. Eric was “heavily involved” in the negotiations, according to the attorney general. Town records show that he attended the May 2013 planning board meeting when the resolution was agreed, accompanied by Charles Martabano, a local property lawyer advising the Trump Organization.

Unaware of the resolution, Cushman relied on plans drafted by a surveying firm, Insite Engineering, that showed 24 lots for development – more than double what was feasible, according to the attorney-general.

In November 2015, Insite’s lead engineer, Scott Blakely, emailed Eric, expressing concern about so many proposed lots after a conversation with Martabano, who mentioned the restrictions. Eric, Blakely testified, called and ordered: “Move forward as laid out. We have the rites. ”

Blakely printed his original email and wrote Eric’s response on it – a document now in the attorney-general’s possession.