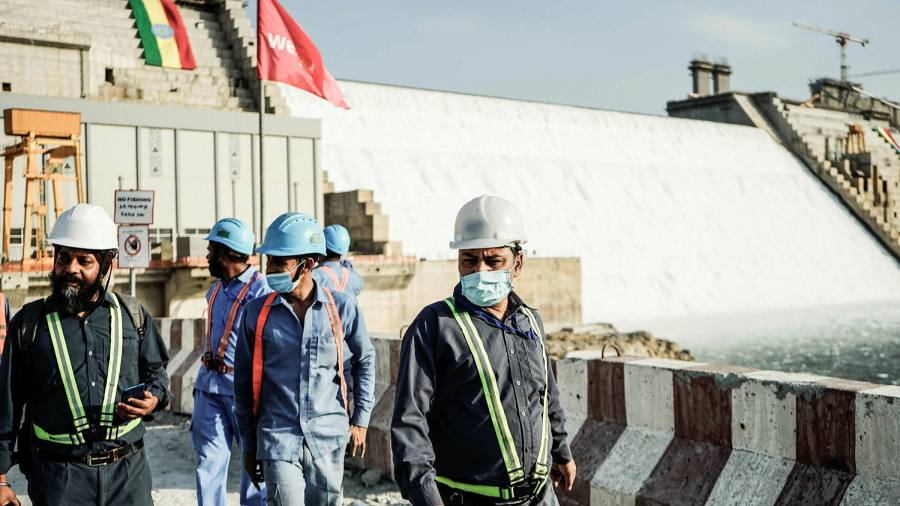 Ethiopia has started to generate electricity from what is set to be Africa’s largest dam on the Blue Nile – an icon of national pride that has been at the center of a regional dispute since work first began more than a decade ago.

“Today the GERD’s first turbine began generating power,” Prime Minister Abiy Ahmed tweeted on Sunday from the Grand Ethiopian Renaissance Dam. “This is good news for our continent and the downstream countries with whom we aspire to work together. As Ethiopia marks the birth of a new era, I congratulate all Ethiopians! ”

Ethiopia’s self-financed – with dam bonds and contributions from civil servants’ salaries – $ 4.2bn project will generate more than 5,000MW of electricity by its planned completion date of 2024, helping extend power to many of the 65mn Ethiopians who still live without electricity, officials say.

Yet Egypt and Sudan, the downstream neighbors of Ethiopia, a country of 115m people, view it as a threat because of their dependence on water from the Nile. Ethiopia, the source of the Blue Nile, known locally as Abay, counters that it has the right to use the river for its own development. It argues the GERD will cause no damage to its downstream neighbors, and that it could even benefit Sudan.

The GERD has become a linchpin of Ethiopia’s economic development plans, and a symbol of national pride – with reggae songs and poems written in its honor.

“For the Ethiopian people this is a means to access electricity, for the downstream countries [it] is very positive. . . flow to downstream will never be interrupted, ”Seleshi Bekele, Ethiopia’s chief negotiator and Abiy’s top adviser on the GERD, told the Financial Times from the dam site. “The dam will bring a lot of benefits downstream in terms of managing the water better, especially during extreme events like floods and droughts. It will be managed in a more enhanced way. ”

Just one of 13 turbines, manufactured by General Electric and with an installed capacity of 375MW, was made operational on Sunday. A second turbine would come online “in the coming weeks”, project manager Kifle Horo said from the GERD site. “It’s a big day for Ethiopia,” he said. On completion the project in the western Benishangul-Gumuz region will be Africa’s largest power plant.

But for Egypt, an arid desert nation that depends on the Nile for almost all of its water, the prospect of reduced flows is seen as a significant threat. Cairo fears it will suffer from water shortages, especially during periods of drought, and it is anxious about Ethiopia’s potential plans to build more hydropower dams upstream of the dam. Another concern for Egypt is that other countries with which it shares the White Nile, a main tributary of the river, might start building dams and other projects without regional agreement.

The Egyptian foreign ministry said Ethiopia’s “unilateral” start of power generation, coming after the “unilateral” filling of the dam beginning in July 2020, was a “further breach of Ethiopia’s commitments” during the 2015 declaration of principles signed by Ethiopia, Egypt and Sudan, which was intended to lay the groundwork for co-operation over the project.

Sudan does expect the GERD to regulate annual flooding, but it is concerned about flows to its own smaller dams potentially being disrupted. Negotiations on a binding deal, under the umbrella of the African Union, have yet to reach a final agreement.

“As you can see this water will generate energy while flowing as it previously flowed to Sudan and Egypt, unlike the rumors that say the Ethiopian people and government are damming the water to starve Egypt and Sudan,” Abiy said from the 145-meter high dam, which has a reservoir capacity of 74bn cubic meters of water.

“Ethiopia’s only desire is to provide electricity to the mothers who have never seen a lightbulb, to alleviate the burdens of those who carry sticks on their backs to generate electricity, and to extricate them from poverty.”