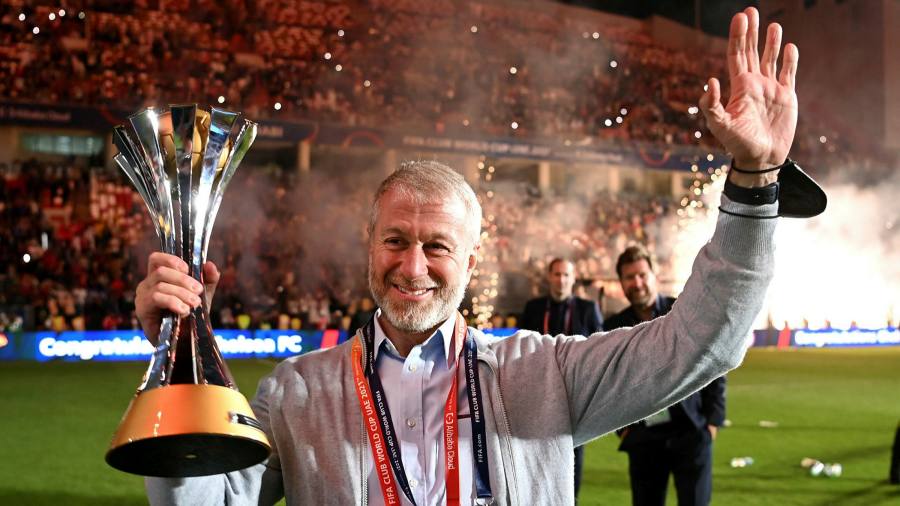 The EU is preparing a fresh round of restrictions on Russian business people, with Roman Abramovich among the intended targets, in the wake of Moscow’s invasion of Ukraine.

Ambassadors from EU member states met in Brussels on Sunday to go through the proposed list, with Abramovich one of the 15 individuals being considered, according to a draft legal text seen by the Financial Times. Ambassadors are expected to reconvene on Monday to finalize the measures and convert them into law, assuming no changes are requested.

The deliberations in Brussels come after Abramovich, a prominent Russian businessman who became well known in the UK after buying Premier League football club Chelsea, was first sanctioned with a full asset freeze and travel ban by the UK last Thursday. In addition to his Russian nationality, Abramovich also holds Portuguese and Israeli citizenship.

Abramovich is to be listed in the EU because of his close ties to Russian President Vladimir Putin and for being a considerable source of revenue to the Russian government, according to the draft legal text.

Of the 15 listed individuals, four are described as oligarchs, including Abramovich, seven as businesspeople with links to the Kremlin and four are linked to Russia’s disinformation campaign.

The final text is expected to be adopted on Monday, with no objections raised by ambassadors on Sunday to the 15 names. A spokesman for the European Commission declined to comment.

Also under consideration are further economic sanctions against state-owned Russian enterprises that have not yet been listed, for instance in the field of aviation and shipbuilding. A rating ban targeting Russian banks, an import bar on Russian iron and steel products and a prohibition on new investments in the Russian energy sector and the export of luxury goods to Russia are also being considered, according to two diplomats familiar with the discussions. One of the issues still to be ironed out by ambassadors reconvening on Monday is the cut-off amount for luxury goods – € 300 proposed in the EU compared to $ 1,000 under the US regime, one diplomat said.

The EU has already sanctioned a number of oligarchs who are considered to be in Putin’s inner circle. Among them are Mikhail Fridman, the founder of Alfa Group, and fellow shareholder Petr Aven; Igor Sechin and Nikolai Tokarev, the chief executives of oil companies Rosneft and Transneft; Mikhail Poluboyarinov, the chief executive of Russian airline Aeroflot; and financier Alisher Usmanov.

Emmanuel Macron, the French president, stressed at the end of a summit in Versailles on Friday that the EU was prepared to go beyond the penalties it has already imposed on Russia. Standing alongside him, Ursula von der Leyen, the commission president, said Brussels was already working on a fourth package of sanctions.

Abramovich, who made his fortune after the tumultuous collapse of the Soviet Union in the 1990s as Russia privatized its oil industry, has in recent weeks put properties in Kensington and Chelsea up for sale. Pointing to estimates, the UK said the tycoon is worth £ 9.4bn. The UK government on Friday said it would loosen some restrictions on Chelsea to free cash allowing it to keep operating.

Earlier in the war Abramovich flew into Belarus to help broker a truce between Russia and Ukraine. The move comes after the UK last week described him as a “pro-Kremlin oligarch” and slapped sanctions on him, among seven oligarchs.