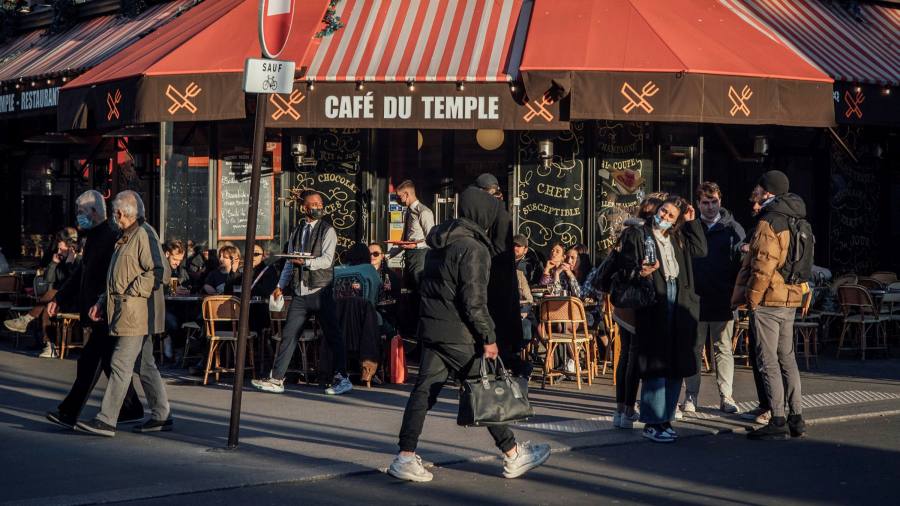 Eurozone economic activity rose more than expected and at the fastest pace in five months in February as restrictions to prevent the spread of coronavirus were lifted, while rising energy bills and wages led to the sharpest price increases on record.

The flash purchasing managers’ composite index for the eurozone, an important measure of the health of the manufacturing and services sectors, rose to 55.8 in February, up from 52.3 in January and the highest since September.

This was much stronger than the 52.7 forecast by economists polled by Reuters.

Chris Williamson, chief business economist at IHS Markit, said the eurozone economy “regained momentum” in February, as an easing of restrictions designed to control the Omicron coronavirus variant led to renewed demand for many consumer services, such as travel, tourism and recreation, and helped alleviate supply bottlenecks.

However, the survey also showed that persistent cost pressures caused by rising wages and energy bills led to the sharpest rise in average prices charged for goods and services since the company started to collect this information in 2002. This is despite an easing of supply delays that helped to reduce inflation for raw material input costs.

The evidence of steep increases in prices could add to pressure on policymakers at the European Central Bank to tighten monetary policy faster than expected, analysts said.

The reading “signals that inflation is set to remain elevated over the coming months, putting pressure on the European Central Bank to unwind its emergency stimulus programs faster than it previously envisaged”, said Melanie Debono, an economist at Pantheon Macroeconomics.

Eurozone inflation rose to a record 5.1 per cent in January and the PMI points to price pressure accelerating in February.

Earlier on Monday, separate data by the German statistics office showed that producer prices rose by 25 per cent in January, the fastest pace since 1949.

February’s PMIs suggest “that the winter economic dip could be much milder than expected, labor market pressures continue to build and second-round effects are resulting in more broad-based price pressures at the moment”, said Bert Colijn, an economist at ING.

“Expect this to add to hawkish pressures ahead of the European Central Bank March meeting,” he added.

While rising prices threaten the recovery in eurozone consumption as they erode households’ spending power, the survey points to a strong rebound in business activity in February following declining Covid-19 infections and the easing of restrictions.

The PMIs, based on survey responses collected between February 10 and 17, showed that activity rose at the fastest pace in eight months in France and the highest in six months in Germany. The corresponding reading for the UK rose by more than expected to reach an eight-month high.

The acceleration in eurozone business activity was driven by the services sector, with the corresponding index also rising to 55.8 in February from 51.1 in January.

Any reading above 50 indicates a majority of businesses reporting an expansion compared to the previous month.

Eurozone manufacturers also reported improved production gains as a result of rising demand and fewer supply bottlenecks. The report shows that supplier delivery delays were the lowest since January 2021.

With strong orders, both domestic and from abroad, plus rising optimism, businesses also increased the number of workers. Jobs increased at the fastest pace in seven months in manufacturing and the highest in three months across the entire eurozone economy, according to the report.

The eurozone unemployment rate fell to a record low of 7 per cent in December and the PMIs support the consensus that the labor market will strengthen further in the months ahead.

Having regained its pre-pandemic level at the end of last year, “the eurozone economy is likely to expand at a reasonable pace in the first quarter and accelerate in the next two quarters as tourism, travel and hospitality continue to normalize”, said Andrew Kenningham, an economist at Capital Economics.