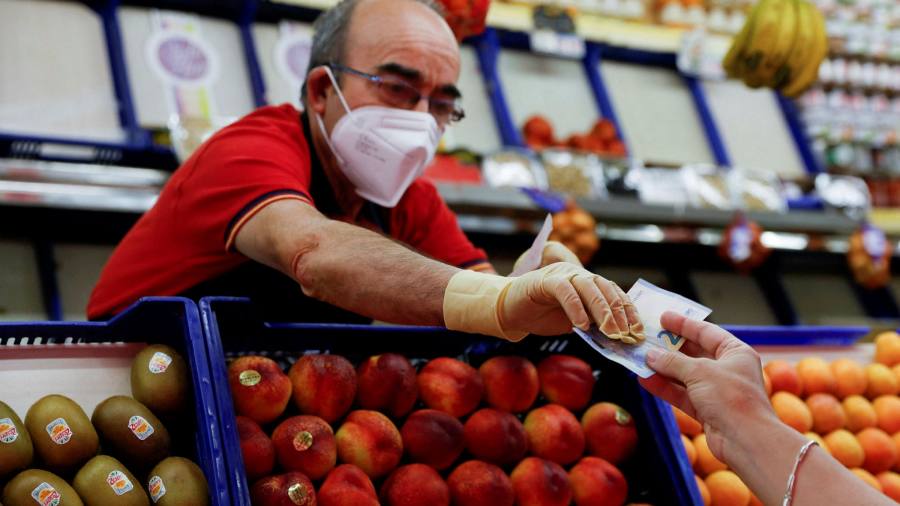 Consumer prices in the eurozone rose by a record 5.1 per cent in January from a year earlier, keeping inflation higher than expected and increasing the pressure on the European Central Bank to respond with tighter monetary policy.

Steeper increases in the price of energy and food from a year ago were only partly offset by slower growth in prices of manufactured goods, which meant inflation rose from its previous eurozone record of 5 per cent in December.

Compared with the previous month, consumer prices rose 0.3 per cent, indicating underlying inflationary pressures continue to build in the 19 countries that share the single currency.

Eurozone energy prices rose by a record 28.6 per cent from the previous year in January, while growth in unprocessed food prices accelerated to 5.2 per cent. Services prices continued to rise 2.4 per cent while growth in goods prices slowed to 2.3 per cent.

Core inflation, stripping out more volatile energy and food prices, was 2.3 per cent. That was down from 2.6 per cent in December but it had been expected to fall below 2 per cent.

The issue is likely to dominate the first ECB governing council meeting of the year on Thursday, even if most economists expect it to stick to its timetable for steadily reducing, but not stopping, asset purchases this year, while keeping interest rates unchanged at negative levels .

Markets this week pulled forward expectations of a tightening in eurozone monetary policy, with a rise in the ECB’s deposit rate to minus 0.25 per cent – from its current rate of minus 0.5 per cent – now priced in by December, according to short term trading funding markets.

The persistence of inflation above the ECB’s 2 per cent target has already caused widening divisions on the governing council, after the heads of the German, Belgian and Austrian central banks last month said it was committing to continue its bond purchases for too long.