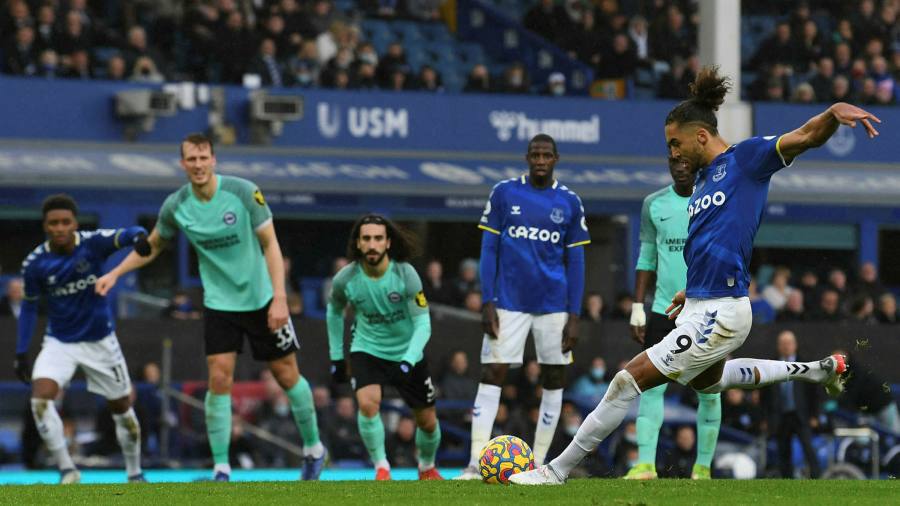 Everton football club has suspended its sponsorships with Russian companies connected to Uzbekistan-born Russian billionaire Alisher Usmanov, who was hit by EU sanctions this week.

“The club can confirm that it has suspended with immediate effect all commercial sponsorship arrangements with the Russian companies USM, Megafon and Yota,” Everton said on Wednesday.

Usmanov is one of the major shareholders of USM alongside Farhad Moshiri, the British-Iranian commodity trader who owns Everton through Blue Heaven Holdings Limited.

Usmanov is the founding shareholder of USM, which is chaired by Moshiri. USM has built close ties to Everton and sponsors its Finch Farm training ground.

In response to the EU sanctions, Usmanov said they were “ungrounded and unfair”.

“Usmanov owns less than 50 percent of USM Group’s parent company and does not control the group’s enterprises,” a statement said.

“Thus, the inclusion of Alisher Usmanov in the EU sanctions lists does not extend the effect of the relevant sanctions to USM’s companies.”

In January, Moshiri converted a £ 100mn loan into the Liverpool-based club into equity, which he called a “clear demonstration of my commitment” that increased his shareholding to north of 94 per cent of the team.

The move was designed to strengthen Everton’s balance sheet as it looks to invest in its playing squad and build a stadium at Bramley-Moore Dock.

Everton made a net loss of more than £ 139mn in the year ended June 2020, marking a season that was disrupted by the coronavirus pandemic, to widen the £ 111mn loss recorded a year earlier.

Moshiri previously invested in London-based rival club Arsenal alongside Usmanov but sold his stake to his business partner and pursued Everton instead.

Usmanov, who made his fortune in metals and technology, sold his 30 per cent stake in Arsenal in 2018 for £ 550mn, in an ownership battle won by majority shareholder Stan Kroenke, the US sports mogul who owns the Los Angeles Rams in the US National Football League.

Everton is 17th out of the 20 clubs in the Premier League table, one spot above the three relegation places that result in a move down to the Championship, a less financially rewarding division.

“Everyone at Everton remains shocked and saddened by the appalling events unfolding in Ukraine,” said the club. “This tragic situation must end as soon as possible, and any further loss of life must be avoided.”