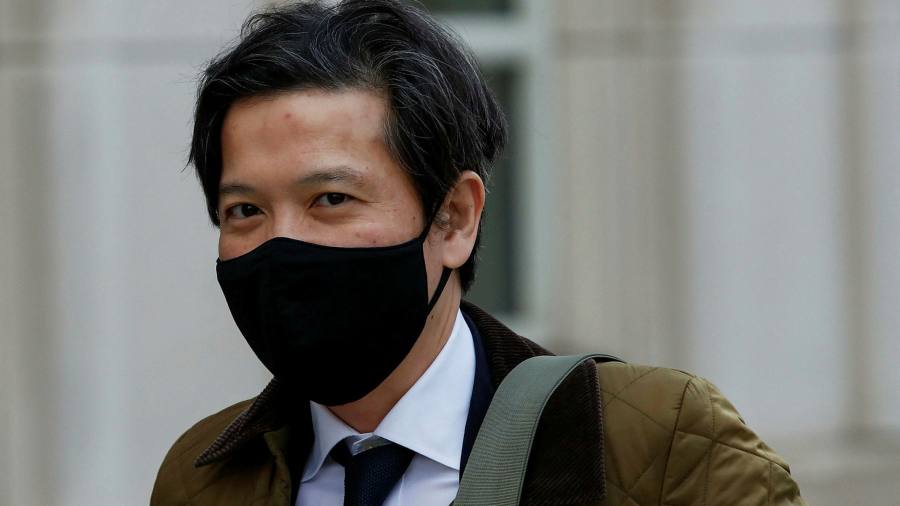 The trial of a former banker at Goldman Sachs charged in connection with the multibillion-dollar 1MDB scandal will be put on hold after US prosecutors admitted they failed to provide thousands of documents to the defense team.

US prosecutors wrote in a letter submitted to Judge Margo Brodie late on Tuesday night saying they had just learned that a Department of Justice team had failed to provide them and Ng with approximately 15,500 documents from email accounts and a laptop belonging to Tim Leissner, a former Goldman Sachs partner and colleague of Ng’s who has been the government’s star witness.

Prosecutors called it an “inexcusable” mistake, according to the letter.

Brodie, who is presiding over the trial in Brooklyn federal court, on Wednesday said she would pause proceedings after the government finished questioning Leissner to allow Ng’s legal team to review the newly acquired documents ahead of their cross-examination.

She said the matter was “particularly troubling” given she had previously asked prosecutors to confirm all relevant information had been shared with the defense.

He said that while he does not want “to move from this trial”, he would seek a mistrial if he thought it could not continue after receiving the new documents.

The disclosure will disrupt Ng’s court case, which is in its second week. Ng, a former managing director at Goldman, was arrested in Malaysia in 2018 at the request of US authorities and charged with conspiring to bribe officials and launder billions of dollars from the Malaysian state investment fund. He has pleaded not guilty.

For the past few days the government has been examining Leissner, who pleaded guilty to charges of conspiring to launder money and violate foreign bribery laws in connection with the 1MDB fraud. That questioning was set to continue on Thursday, although it is unclear when the trial will resume for Leissner’s cross-examination.

Leissner has testified that Goldman earned close to $ 700mn in fees for his work with 1MDB on three bond offerings in 2012 and 2013, which raised roughly $ 6.5bn. Of that, the DoJ alleges that more than $ 2.7bn was misappropriated by Jho Low – the Malaysian financier accused of masterminding the fraud – along with Ng and others. Low remains at large and maintains his innocence.

Leissner on Wednesday described concealing from Goldman the critical role that Low played at 1MDB as well as meetings with the financier across the world, including in Los Angeles and New York.

Low had been rejected twice as a Goldman private wealth management client due to concerns over the source of his wealth and coverage of the financier’s celebrity-studded partying.