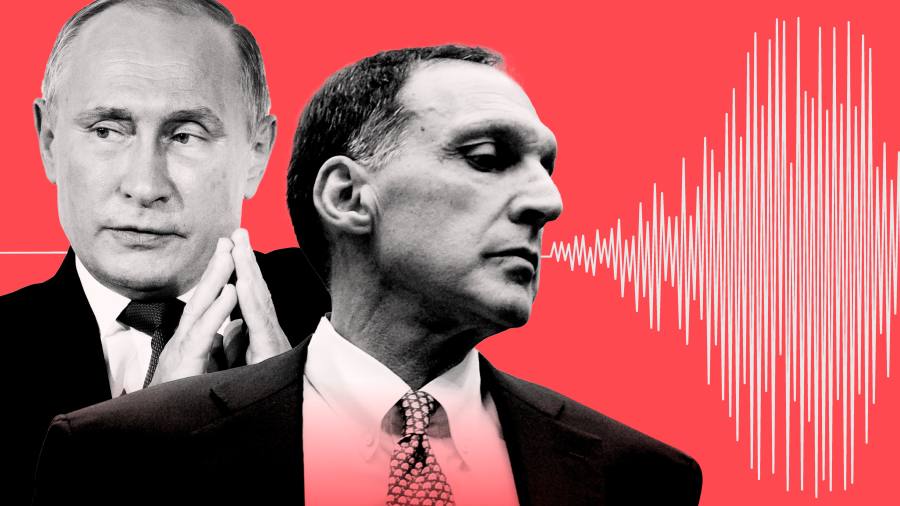 It’s an idea that would appeal to Dick Fuld’s famously inflated ego – but it is valid nonetheless. To assess the potential impact on the global economy of international sanctions against Vladimir Putin’s Russia, it is instructive to look back to the 2008 financial crisis and the fall of Lehman Brothers.

The treatment and behavior of Lehman, which Fuld had led for 14 years, showed how hard it is to predict the consequences of financial interventions with systemic implications. Even if made for a moral imperative, the ramifications can be far more dire than foreseen.

On Wall Street in early September 2008, Lehman was on the brink of collapse as nervousness mounted and interbank funding dried up. Unlike many banks around the world that were bailed out by governments, Lehman infamously was allowed to fail – in part at least as retribution for past perceived misdeeds.

To be clear, Lehman’s collapse did not cause the financial crisis, but it undoubtedly worsened it. So the thinking that led Hank Paulson, then US Treasury secretary, to push the group into bankruptcy rather than find a rescue solution, was significant – world-changing even.

Remember that Bear Stearns had been shepherded into a rescue takeover the previous year, and other banks were bailed out in the massive US Tarp program only weeks later. Why, then, was Lehman sacrificed?

Some have claimed personal animus between Fuld and Paulson might have contributed to the decision-making, stemming from the rivalry between Lehman and Goldman Sachs where Paulson had been chief executive for seven years right up until his stint as Treasury secretary.

But there was also a specific business trigger for the hostility towards Lehman, harbored across Wall Street – and one that takes us full circle back to the last Russian crisis in 1998, and the consequent failure of a systemically important hedge fund, Long-Term Capital Management.

When Moscow defaulted on its debt in August 1998, LTCM’s $ 120bn of borrowing and $ 1tn of investment positions spiraled out of control. The government arm-twisted Wall Street into a bailout to prevent a full-scale crisis. But Fuld was a rare holdout.

A decade later, and the government held out on him. But the Shakespearean revenge on Lehman led to the disorderly collapse of one of the most interconnected financial institutions in the world. This undoubtedly magnified the severity of the 2008 crisis and escalated the scale of interventions required by governments and central banks.

Punishing Putin for his barbaric acts in Ukraine through stiff sanctions – on Russian companies, oligarchs and energy exports – is necessary and more than justified on moral grounds. There is some recognition that there will be blowback for the rest of the world – higher petrol prices, for example, and further inflation in domestic energy costs.

But I am not sure the potential impact for the world outside Russia has been fully acknowledged. Most obviously, of course, it could provoke further military aggression from Putin. But other financial and economic consequences certainly stretch far beyond the petrol pump. The spiralling cost of wheat, grain, nickel and a host of other commodities is threatening the affordability of everything from daily bread to climate disaster mitigation.

En route, they could take out financial market operators, large and small, mainstream and marginal – witness the suspension of nickel trading at the Hong Kong-owned London Metal Exchange, amid huge losses suffered by China’s Tsingshan Holding. Russian bonds may default in the coming days and weeks. Supply chains that involve Russian goods will be disrupted.

Quite how this crisis plays out could prove harder to chart than even the 2008 collapse. Then, most risks were contained within a banking sector that was, theoretically at least, closely regulated. Banks this time look more robust, but murkier risks have mounted elsewhere, endangering less supervised parts of the financial system.

A world that has been awash with free money under central bank policies to stem the full financial impact of 2008 and the Covid crisis looks more than a little vulnerable given how asset prices have been inflated and how debt levels have risen to new records. Be under no illusion: Russians will not be the only ones to suffer under Russian sanctions. The world should remember Lehman and brace for a global financial and economic shock.