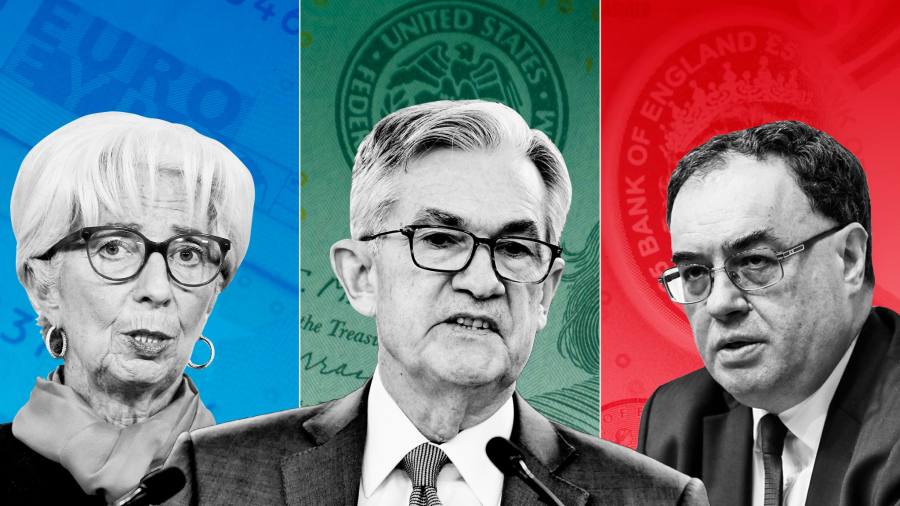 The author is president of Queens’ College, Cambridge, and adviser to Allianz and Gramercy

In the last two weeks, much stronger light has been shed on how and why the world’s most influential central banks are struggling to regain control of the inflation narrative and limit further damage to their political credibility.

The key message that emerges from the recent meetings between central bank policy makers is that inflation is higher and more persistent than expected – and the risks to their projections are tipping at an ever-increasing rate of inflation.

It is a major shift for the US Federal Reserve and the European Central Bank, which, unlike the Bank of England, maintained a call for inflation to be “transient” for far too long.

Some market commentators have characterized this as a “hawkish hub”. If it is a pivot, it is at best partial, still too slow and risks overcompensation later this year. At present, the extremely accommodating policies of the two banks are not in line with both their language shift on inflation and developments on the ground.

Instead of facilitating a smooth transition for monetary policy and the economy, this continued slow-moving approach will force both to tighten more this year than they otherwise would have had to. This will reinforce concerns about how the global economy and markets will cope with rising borrowing costs and prices.

Concerns that inflation expectations will become more embedded are already building up. There is a risk that price and wage setting will shift from seeking to offset the impact of past cost increases to also starting to include an element of future expected inflation.

These considerations led the Bank of England to raise interest rates by 25 basis points, the first time it has opted for back-to-back increases since 2004. The fact that four of the five members of the Bank’s Political Committee preferred an immediate 50-basis point increase suggests that a third increase in a row at the next meeting is almost a done deal.

What I see as desirable and timely policy action by the Bank of England stands in stark contrast to the ECB and the Fed’s passivity – a difference that increases the BoE’s policy challenges.

With its political meeting last month, the Fed should at least have signaled more seriousness in tackling inflation by immediately stopping its major asset purchases.

Even before Friday’s blowout report on jobs in December, failure to do so had contributed to a remarkable shift in market expectations, centered on five increases for this year alone, with a prominent bank (Bank of America) predicting seven. This would, in my view, constitute an excessive tightening of monetary policy, as the Fed is also expected to reduce its inflated balance sheet.

For its part, the ECB should have provided stronger guidance on interest rate hikes this year at its political meeting last week. Markets are already pricing such increases. The ECB also reiterated its commitment to a “step-by-step” approach of raising interest rates only after stopping net bond purchases, a step that further reduces its degrees of freedom.

All this increases the possibility of another central bank policy error in just as many years. The more the Fed in particular delays, the greater the risk of a lot of monetary tightening in the summer that unnecessarily stifles the much-needed strong, inclusive and sustainable economic recovery.

An even greater risk is that such a tightening of policy will come after inflation expectations have been removed, resulting in a double blow – higher prices and lower incomes. It particularly hits the most vulnerable sections of the population hard. The damage would be exacerbated if pronounced market volatility runs back to the broader economy.

The consequences of these political mistakes extend far beyond Europe and the United States. They are particularly threatening to developing countries, which lack political flexibility and financial resilience.

It took far too long for the Fed and the ECB to correct their misreading of price increases. The additional difficulties this poses are now exacerbated by unnecessary delays in changing what remains an inexplicably overly stimulating monetary policy stance. Instead of ensuring a soft landing for the economy, the world’s two major central banks are likely to be forced into excessive “catch-up” austerity measures.

Stubbornly slow and partly now, the political turning point that is sure to happen in the next few months risks significant livelihood damage.