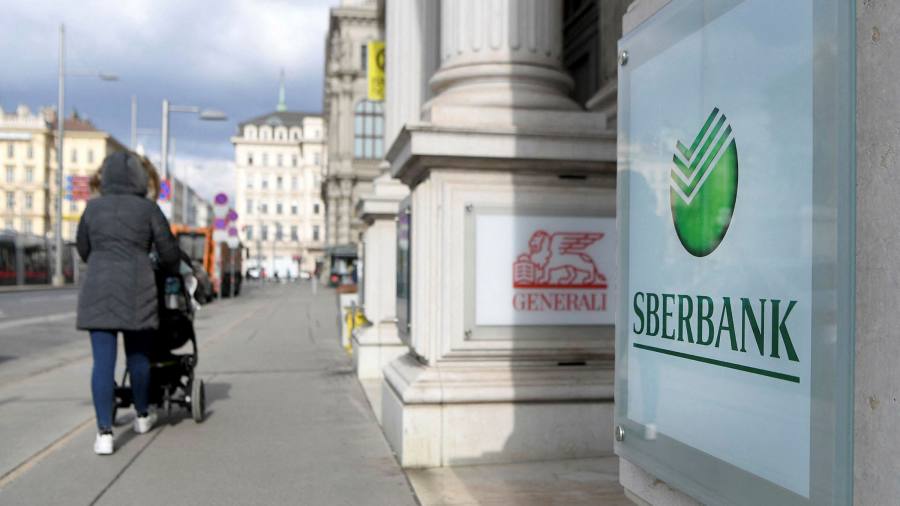 The Austrian operations of Sberbank, Russia’s biggest lender, are to go into insolvency while its Croatian and Slovenian units are being transferred to new owners by the EU authority responsible for restructuring failing banks.

The move was announced by the EU Single Resolution Board on Tuesday evening and makes the Austrian offshoot of Sberbank the first banking victim of the far-reaching sanctions imposed on Russia in response to its invasion of Ukraine.

The SRB had already suspended most activities of the state-owned Russian bank this week, after customers rushed to withdraw money in response to western sanctions.

The SRB said on Tuesday that it had decided to transfer all shares of Sberbank’s Croatian subsidiary to Hrvatska Poštanska Banka, while its Slovenian unit would be transferred to Nova Ljubljanska Banka. It said the two banks would open on Wednesday.

“The SRB has also decided that resolution is not necessary for the Austrian parent of Sberbank Europe AG,” it added. “Insolvency proceedings will be carried out in accordance with national law. Eligible deposits up to € 100,000 are protected by the Austrian deposit guarantee system. ”

It is only the second time that the SRB has taken control of a troubled bank since it was created in 2015 as a pan-European authority with powers to impose losses on shareholders and junior bondholders of failing lenders in an attempt to avoid government bailouts in the sector. 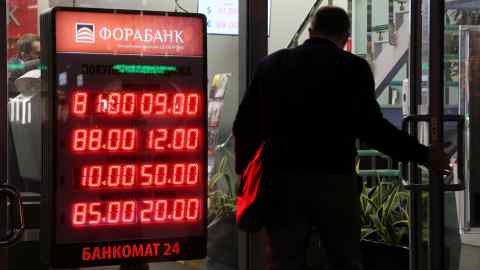 The last time the SRB took control of a bank via a formal resolution process was when it orchestrated the sale of Spain’s Banco Popular to its rival Banco Santander for € 1 in 2017.

Sberbank Europe has about 800,000 retail and corporate customers in central and eastern Europe, with almost 4,000 staff and total assets of € 13bn. The Russian bank established its European subsidiary when it acquired Austria’s Volksbank International in 2012.

Sberbank Direct, its online banking operation, had been seeking to expand its deposit base by offering German savers interest rates of up 1.5 per cent on their money – much higher than the near-zero rates offered by most domestic lenders.

However, the Russian bank last year agreed to sell its operations in Bosnia and Herzegovina, Croatia, Hungary, Serbia and Slovenia to a consortium of banks led by Slovenia’s AIK Banka. But that deal has not been completed and was undermined by the collapse of Sberbank’s EU operations.