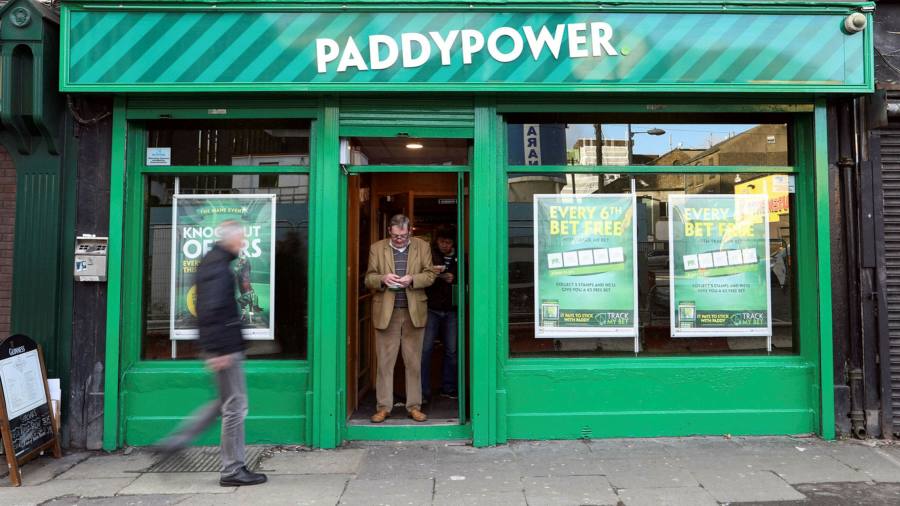 A tenth of Flutter’s staff bonuses will be tied to preventing betting addiction for the first time this year as the group plans to increase spending on tackling problem gambling.

Peter Jackson, chief executive of the world’s largest listed gambling group, told the Financial Times the company spent more than £ 45mn in 2021 on safer gambling measures and that “levels of expenditure will grow”, even though limiting at-risk players could be moderate growth ”in key markets.

The group is aiming for 75 per cent of players to use at least one of its safer gambling tools by 2030. Currently about 35 per cent of customers had invoked its controls, the company said.

“We are trying very hard, as we do across all of our brands around the world, to engage all the operators in a race to the top,” Jackson said.

Betting operators have come under increasing levels of scrutiny for their treatment of addicted gamblers, particularly in Europe, after a period of rapid growth in the late 2000s and 2010s.

The UK, home to the world’s largest regulated online betting market, is set to make a series of long-awaited changes to its gambling legislation this year, which could include mandatory checks on what customers can afford to bet and limits to stakes permitted online.

Germany has introduced limits on how much customers can deposit. Last year, the Netherlands put in place a new licensing regime for operators.

Campaigners for gambling addicts have argued that the industry has so far done too little to prevent harmful betting and that only the threat of regulation has prompted action from companies.

The UK’s legislative changes are expected to be announced in May.

Flutter, whose brands include Paddy Power, SkyBet and FanDuel, is one of few operators to have publicly said that limits put in place across its UK business, such as a £ 500 limit for players under 25 and credit card bans, have curbed its growth .

Analysts from Jefferies have estimated that £ 76mn of Flutter’s 2021 earnings could be affected by changes to the UK’s laws. The company will release its 2021 figures on Tuesday.

The investment Flutter is making in safer gambling – which is equivalent to roughly 6 per cent of its 2020 global earnings before interest, tax, depreciation and amortization – is part of a package of targets it is announcing on Monday that also involves increasing the number of female executives it employs and the amount of funding it donates to community projects.

Jackson defended the business from accusations that it was merely trying to improve its image. None of the projects Flutter donated to showed branding from the gambling group’s businesses nor did the company use data related to its sustainability initiatives to target potential customers, he said.

He warned that safer gambling tools were not as well understood in newly regulated markets such as the US, where betting companies have been pouring millions of dollars into advertising and free bets in a drive to attract players.

In the UK, Flutter applied restrictions to about 7,000 of its 3mn active customer accounts each month, the company said.

Matt Zarb-Cousin, director of Clean Up Gambling, said there were big discrepancies between operators in attitudes to safer gambling because of the differences in their customer bases. Flutter, for example, owns three of the most recreationally focused betting brands in the UK, which means its customers tended to spend less.