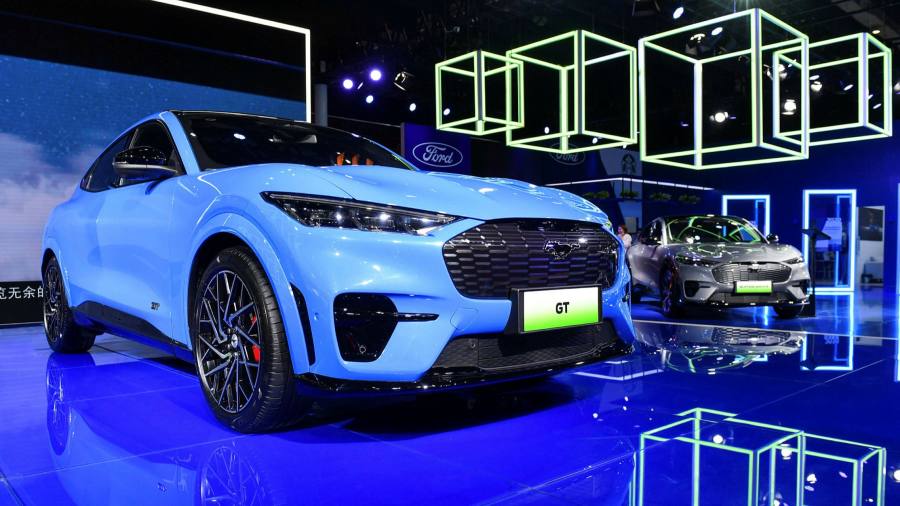 Ford announced plans to increase electric sales targets on Wednesday as it became the second carmaker this week to step up its EV ambitions.

The US group will split its battery vehicle arm and engine businesses into separate units, with one-third of overall electric sales by 2026, rising to half by the end of the decade. It was already committed to making all passenger cars in Europe electric by 2030.

Jim Farley, chief executive, told the Financial Times the increase was because the reception for its electric vehicles “has been so far beyond our expectations”.

The acceleration of its electric plans comes a day after Dutch-based Stellantis, which owns the Ford rival brands Jeep, Ram and Vauxhall, pledged to go fully electric by 2038.

The operational split into two separate companies is aimed at giving its team of engineers and technicians more freedom, Farley said.

The company wants to expand its share of the engine-powered vehicle market through the newly named Ford Blue, while also increasing the pace of its electric development through the new Ford “Model e” unit.

Ford has already split out its commercial vehicles, which include the Transit vans and its F-series pick-up trucks, into Ford Pro.

Each unit will have its own profit and loss reporting lines, as well as a senior executive drawn from Ford’s leadership ranks, and the businesses will be able to share technology, such as connectivity, when needed.

Farley stressed the reorganization is not a precursor to listing separate shares in any of the units, even though the new structure would streamline such a move in the future.

“Any time you set up a P&L, over time you could create a reportable entity, but it’s not our direction,” he said. “This is in order to keep these companies focused.”

“It’s a full-time job to transform our ICE [internal combustion engine] business, it’s a full-time job to create our electric vehicles and to compete and win against Tesla, ”he said. “You can not ask the same people to build a [engine-driven] Super Duty, and beat the [electric Tesla] Cybertruck. ”

Farley also insisted the traditional engine business was not being wound down in the short term, even though Ford has pledged to sell only zero emission vehicles worldwide by 2040.

“There are many segments that are not going electric any time soon,” he said, such as people who want to travel long distances of 800 miles and those who want to drive off-road or high-performance cars on racetracks.

The people running the Ford Blue company would have the chance to “build a business that is stronger and stronger even if unit volume falls off”, Farley added. 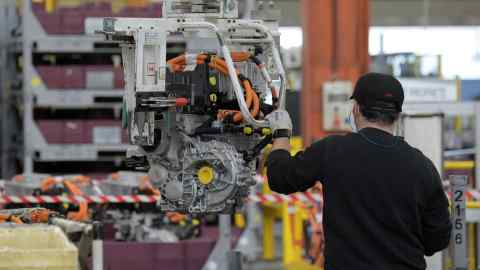 Ford, which bought the San Francisco-based Spin for $ 100mn in 2018, remains a shareholder in the company. Terms of the deal were not disclosed.

Several carmakers have already split out electric and engine businesses on the public markets, including Volvo selling its engine unit to Geely before its listing last year, and Lotus’s plan to float its electric-only China business.

Ford’s organizational reshuffle will involve Doug Field, who joined Ford from Apple, taking a leading role in the electric arm, which will be overseen by Farley.