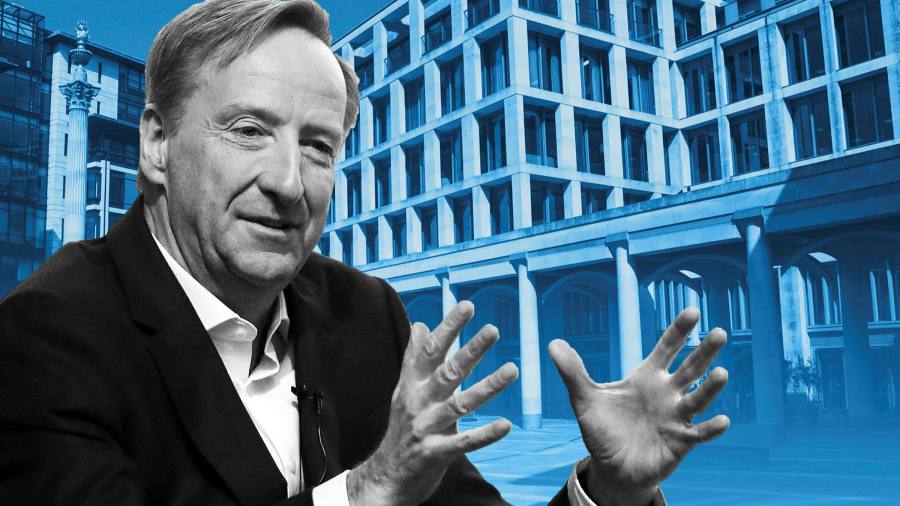 Sir Alex Younger, the former head of British secret service MI6, has weighed into the political and corporate battle over the future home of Arm Holdings, saying the British government needed to “strain every sinew” to ensure that the world-beating chip designer stayed in the UK.

Japan’s SoftBank said this week that it intended to list the British technology company in New York after a planned $ 66bn sale to US giant Nvidia collapsed.

The announcement by SoftBank’s billionaire chief Masayoshi Son has sparked a furore in the UK over the nation’s inability to retain homegrown industry leaders. There are also concerns over a concentration of power in the global semiconductor industry, which is central to the technological arms race between the US, Asia and Europe.

Younger told the Financial Times that Britain’s “future security depends on our ability to sustain and grow a strong science and technology base”, adding it was “a market failure” that so many UK tech companies skipped London’s stock market in favor of New York.

There is a direct security and military aspect to this. But more important is the economic strength it generates

“Failure to strain every sinew to bring about at least a dual listing [of Arm in the UK and US] would send a depressing message to those of us who believe the existence of a few truly global scale tech companies in the UK would radically alter our prospects and those of our children, ”the former spy chief said.

“There is a direct security and military aspect to this. But more important is the economic strength it generates, ”he added.

Rene Haas, Arm’s new chief executive, told the Financial Times that the company has not “made any decisions at all” on which country it would list in: “We are looking at all the options.” Hass added that he was eager to complete the listing by the end of 2022 – “if not earlier”.

SoftBank’s Son has argued for listing Arm on the Nasdaq exchange, where the group is likely to achieve a higher valuation: New York is known as friendly to tech IPOs and has deeper liquidity and more knowledgeable analysts and investors.

Arm was sold to SoftBank for $ 32bn shortly after the shock 2016 Brexit referendum, when the deal was hailed by Theresa May’s government as a sign of Britain’s global attractiveness.

The company was founded in Cambridge in 1990 and its specialized chip designs are found in about 99 per cent of smartphones worldwide. But its biggest customers are in the US. Most of the company’s executive team are based in the US – leading many to question whether it can still be called a UK company.

“At a suggested valuation of over $ 60bn, Arm would be in the top 10 companies listed on the LSE so it should not be surprising that it would look to the deeper pools of capital in the US,” said Stuart Andrews, managing director and head of capital markets at FinnCap Group. 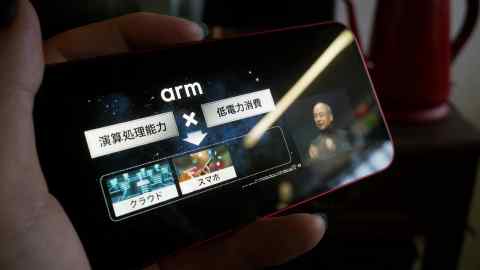 The UK’s Treasury department has so far asked British ministers not to voice public opinions on the collapse of the Nvidia-Arm Holdings deal, according to people close to the discussions. Instead, senior figures plan to make private overtures to SoftBank on the benefits of a London listing.

A sole US listing would set back British plans to create a flourishing local tech scene, as well as countering security concerns that have led many countries to obsess over technological sovereignty.

In the UK, the government has banned the use of chips made by China’s Huawei in British 5G mobile infrastructure. Last year it placed technology at the heart of its revamped defense strategy, earmarking £ 6.6bn to create an “enduring military edge” in high-tech areas such as space, lasers and advanced high-speed missiles.

Others have argued for drastic intervention. Hermann Hauser, Arm’s co-founder, suggested that the government should also take a strategic stake as a “golden share” in the company as part of its national security strategy.

Younger added: “We cannot rely on the market alone to generate the capability we need. Government policy should reflect this fact. Public private partnership must be part of the future. An aversion to picking winners does not excuse the absence of an active industrial strategy. ”

He cited the sale of artificial intelligence pioneer DeepMind to Google in 2014 for $ 500mn – a price now widely seen as a bargain. “Arm [and] DeepMind are great companies, ”said Younger. “We must find a way for their successors to regard a decision to stay at home as a no-brainer.”