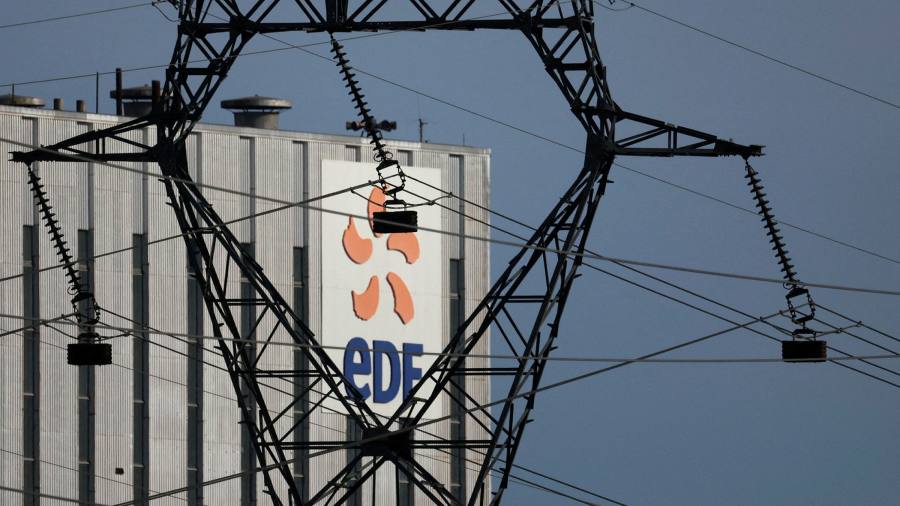 The French government is set to pump more than € 2bn into EDF in an effort to restore the state-controlled energy group’s finances, which are suffering due to nuclear reactor outages and production declines just as it gears up for investment in new plants.

EDF, which on Friday reported a rise in profits and revenues for 2021, faces big setbacks this year. Its electricity production forecasts have dropped to their lowest point in three decades, with five of its 56 nuclear reactors offline as it inspects flaws in pipe weldings.

The company will also shoulder some of the cost of government measures to cap electricity bills for households and businesses this year at 4 per cent – a move that senior managers had argued against, people familiar with the matter said.

EDF estimated a net hit of some € 13bn to its core profits this year from this double-whammy, as price rises offset part of the bleed. Core profits had advanced 11.3 per cent year on year in 2021 to reach € 18bn, helped by higher nuclear output and trading revenues.

The government, which owns almost 84 per cent of EDF, said it would plunge € 2.1bn into the group as part of a planned € 2.5bn rights issue. The company also said it would offload € 3bn worth of assets in the next two years.

“EDF is going through a bad financial patch,” French finance minister Bruno Le Maire told reporters on a call. He said it was “vital” to inject fresh funds into the company as it gears up for investments in nuclear reactors and renewable energy projects, adding state support was a “very strong signal aimed at private investors to say they can put their trust in EDF ”.

EDF shares were down 2.6 per cent in early afternoon trading in Paris.

French President Emmanuel Macron last week announced the biggest nuclear power push in France for decades, going full tilt on atomic energy as part of a lower-carbon strategy as he heads towards an election in April.

This will include building six next generation European Pressurized Reactors at an estimated cost of almost € 52bn.

Jean-Bernard Lévy, EDF chair, called Macron’s energy initiative “a turning point for the next three decades” and a moment of “refund”.

“The current constraints must not prevent us from moving forward. Last week’s announcement[s]. . . position us as a major player in France’s industrial recovery, ”Lévy told analysts.

Financing plans for the nuclear push could take several years to define, he said, adding that a broader overhaul of EDF’s structure, which has sparked EU antitrust concerns, could be reviewed after the French election.

Part of the nuclear push will be funded by the state, but EDF is expected to have to borrow to finance the program, as it also invests in extending the lifecycle of existing plants.

The state-backed capital injection was partly aimed at avoiding further credit downgrades this year, a French government official said, adding that EDF had needed fresh funds and not nationalization, because that would not provide new money.

The stand-off between EDF and the government over energy price caps has fueled questions about whether the group, which listed in 2005, should be returned to full state ownership.

EDF is having to sell more of its nuclear power at reduced prices to rivals in order to help keep electricity bills low in France. The measure meant it was forced to buy back some of the power it had already sold on wholesale markets at high prices, and sell it on at subsidized rates.

Le Maire said the pain caused by the price caps was “anecdotal” compared to the estimated € 11bn hit to core profits from reactor outages. EDF estimated it would miss out on € 8bn in core profits due to state measures and as it postpones tariffs increases.