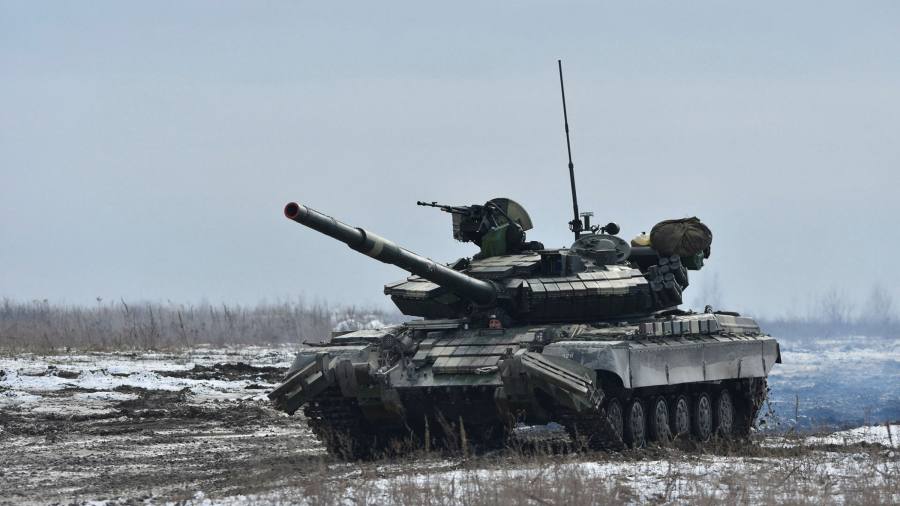 US and EU sanctions banning the trading of new Russian bonds could raise Moscow’s borrowing costs and foreshadow tougher curbs that shut western investors out of the country’s debt market entirely, fund managers have said.

US President Joe Biden on Tuesday announced a ban on participation in the secondary market for any Russian bonds issued after March 1, part of a flurry of new sanctions against Russia, as he accused President Vladimir Putin of launching an invasion of Ukraine. The EU followed suit on Wednesday with its own ban on the sale or purchase of new Russian debt.

US investors were already barred from directly lending to Moscow. A ban on buying new Russia dollar debt has been in place since 2019 * and Biden outlawed participation in the primary market – where new bonds are sold – for ruble-denominated debt last year. But the new curb in effect closes a loophole that allowed western lenders to indirectly finance the Russian state.

“It brings more teeth to earlier sanctions,” said Kaan Nazli, a portfolio manager at Neuberger Berman. Prior to last night, you could not lend directly to the Russian government but technically someone could just wait until day two [after issuance] and buy bonds from a local bank that bought in the primary market. That was not really a funding loss for Russia. “

Russia’s borrowing costs have already risen sharply this year in anticipation of new sanctions being imposed, reflecting a sharp fall in the price of the country’s debt. The yield on 10-year local currency bonds has climbed to 10.9 per cent, up from 7 per cent in September. Yields on dollar bonds have also shot higher.

While that is painful for some investors, Russia’s government should have little trouble managing without foreign financing – at least in the short-term – given its vast oil revenues, more than $ 630bn of foreign reserves and low debt levels, investors have said.

“For Russia, it’s less of a problem,” said Viktor Szabo, a portfolio manager at Abrdn. “It will increase their cost of financing. Right now, that’s not a problem but if oil prices dropped to $ 20 a barrel again it would become a lot more urgent. ” Brent crude hit nearly $ 100 a barrel on Tuesday.

Local banks have already stepped up their holdings of ruble bonds in recent years, with overseas investors owning 20 per cent of the market at the end of last year, down from 35 per cent two years ago, according to figures from the Russian central bank. Moscow can borrow less from financial markets if need be, given that it ran a budget surplus last year.

“It’s not a game-changer,” said Nazli. “It’s not a country like Turkey or South Africa that’s heavily reliant on funding itself from financial markets.”

Despite the recent reduction, foreigners still hold roughly $ 64bn of Russian sovereign debt across local and foreign currency bonds, according to Elina Ribakova, deputy chief economist at the Institute of International Finance.

Russia’s bonds comprise more than 6 per cent of JPMorgan’s widely followed emerging market bond index for local currency debt and 3 per cent of the foreign currency version. Cutting exposure to zero would be a large and risky bet on the underperformance of Russian bonds, meaning investors are in effect forced to hold them.

JPMorgan has told investors that it expected newly issued Russian bonds to be excluded from its indices, following the new sanctions being imposed because of their inaccessibility to western investors, according to one fund manager. The bank declined to comment.

Following last year’s US sanctions, the bank said actions that affected the “replicability” of its indices by investors could result in the exclusion of sanctioned issuers from the benchmark. If new bonds were excluded, Russia’s share of the index would gradually decline over time as eligible bonds mature.

The US and the EU have stopped short of fully barring secondary trading of existing sovereign debt. But some investors are bracing for such a move if the Ukraine crisis continues to escalate, raising the question of whether it would see outstanding bonds dropped from indices, triggering a wave of forced selling by holders.

“That would be the next step,” said Szabo. “As things stand, I see it as quite likely.”

* This article has been amended to clarify that the US ban on buying new Russia dollar debt has been in place since 2019.