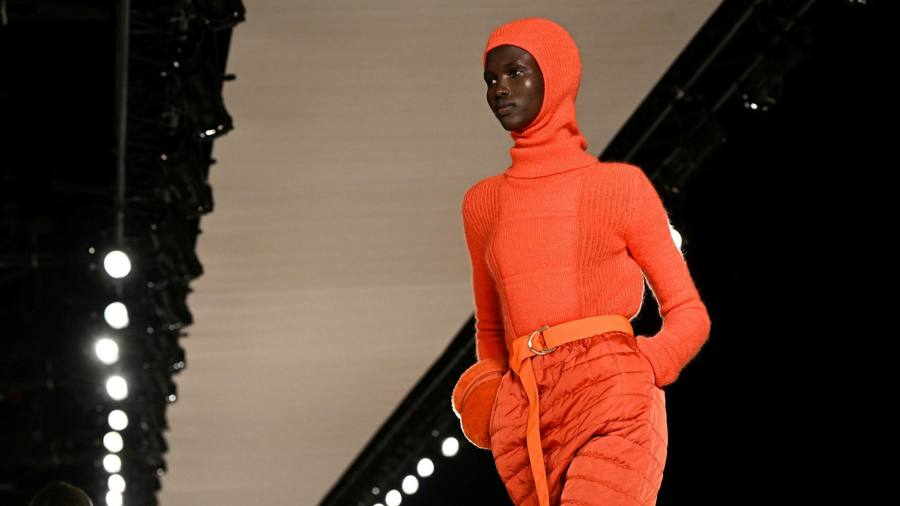 The Covid restrictions have been lifted. In England, at least, the rules made necessary by the pandemic have abruptly been swept away. Not in Scotland, though, where Nicola Sturgeon is sticking to the rule book for a while longer. Nor in Italy, where I arrived this week to find that one is expected to wear the more expensive, more protective FFP2 mask to go about your business.

In many ways, I will miss the mask – though not the conical FFP2, which lends one the sinister beak of the carnival. I have enjoyed the anonymity it offers, as well as being freed from much bothering with make-up. I’ve also enjoyed being able to sit in proximity to others without worrying about whether I had too much garlic at lunch time, or if I’ve got something stuck in my incisors.

As a totem of feminine empowerment, the mask has provoked interesting conversation. My daughter keeps hers for the school commute because she thinks it deflects perverts and lechers. While I am sad that she should feel a need to hide herself from unwanted male attention, there is a comfort in making oneself less conspicuous to the gaze of social judgment. The great unmasking makes me feel more vulnerable, my face too exposed: I quite enjoyed lurching around London dressed like a lame superhero.

As well as mitigating the health risks, the mask has had other subtle advantages. It even makes us more attractive. Apparently. Researchers at Cardiff University found that men and women were judged to look better when wearing a covering that obscured the lower half of their faces. Dr Michael Lewis, a reader at the university’s school of psychology, found that we instinctively feel safer around mask wearers having become used to seeing healthcare professionals. The result was to make masks more approachable because we “feel more positive towards the wearer”.

I had hoped that instead of cuddly and positive, a mask might actually make us more sexy. But therein lies the paradox – I aspire to be aloof and “invisible” while simultaneously being madly attractive. Nevertheless, for a person of a certain age I have enjoyed the benefits of masking. They contain the incipient jowls of “wisdom” and help cover up all the wrinkles.

Except for a tiny proportion of individuals whose livelihood depends on their appearance, the pandemic has been a rare period in which no one has minded what you looked like

As we have become accustomed to putting on face wear, it is perhaps no coincidence that the current catwalks are offering lots of more fashionable coverings. Watching the forthcoming autumn / winter collections at fashion month, I have admired a profusion of balaclavas. Simone Rocha’s version was embroidered with pretty crystals, MaxMara’s framed the face and there were sequinned headwraps and scarves at Erdem.

The emergence of face coverings as a fashion statement has been a while in the making. Kim Kardashian offered the most extreme interpretation at the Met Gala last autumn, swathed in head-to-toe black and recalling a surrealist painting. The look, produced by Balenciaga, has also been adopted by her ex-husband Kanye West (or Ye as he is now known), the music producer and fashion designer who attended the Super Bowl last week dressed like a goth Spider-Man.

Catwalk trends notwithstanding, headwear is rarely more fashion statement. Where the hoodie has come to be a symbol of social, political and cultural identification, so too has the face mask and its various interpretations become symbolic of various fealties. Many are in opposition. Just as the mask has been cast as the bane of anti-vax libertarianism – who see it as muzzling freedom of expression – it has been adopted by political dissidents in Asia to thwart the state-controlled apparatus of face recognition.

Masks can symbolize acquiescence. They speak conversely of militant aggression. They also raise questions about privilege among religious communities in which face coverings are custom. It makes for a peculiar irony to see the balaclava worn as a fashion statement by young western influencers, the same people who might interpret the hijab as a mark of oppression. In January, the New York Times considered the fashionability of such head coverings to debate whether the balaclava was canceled: “you can take off a balaclava and abandon the trend,” observed Sagal Jama, a student, hijab wearer and content creator from Toronto. “But race, religion and gender are things that somebody can not just wake up and abandon.”

To some extent, the pandemic has neutered more typical expressions of individuality. Mandatory mask wearing, the bonfire of dress codes, and the ubiquity of loungewear have found us all on a level playing field, almost literally when so much of our interaction has occurred above the shoulders. Except for a tiny proportion of individuals whose livelihood depends on their appearance, the pandemic has been a rare period in which no one has minded what you looked like. (People will no doubt tell me that still no one cares, but I’ll tell them that they’re mistaken: the dress codes we adopt in our daily lives are an essential means of expression.)

Now, as we re-enter normality, we’re picking up new behaviors. Dress codes are gradually evolving, there is talk of a “vibe shift” approaching. Many of us are happy to remain in the shadows, and keep our faces covered. But it’s actually those giving the least away who are making the most passionate statement.